Today I’m chatting with my friend Zoe Gulliksen, who you may know on Twitter as Bookishbelle, or may remember her as a guest host on The Missfits. You can find her writing at Bookishbelle.com and rolling hard with the Central Jersey Roller Vixens.

MM: So, I’m interested in particular in fans who develop a special sort of personal connection to a fictional character. I’m not talking ‘favorites’, but a character who influences your life or experiences in some significant way. Do you have a connection like that?

ZG: Peggy Carter immediately captured me, before the first Captain America movie came out. So much so that I cosplayed as her at the movie premiere at San Diego Comic Con 2011.

ZG: The two obvious reasons are: she is from the WWII era, which is a specialty of mine and she looks like me. This is an example of where representation matters. I’ve always been bigger than a size 4, with broad shoulders and strong jaw, much like Peggy. I had never seen an actress with the same body type as me before.

The other reasons would be that she is an outsider in her field because she’s a woman, and what woman hasn’t felt like she’s being underestimated as a result of her gender? Also, she had a heart of gold, which I strive for.  She loved Steve Roger before his transformation, before he became Captain America. 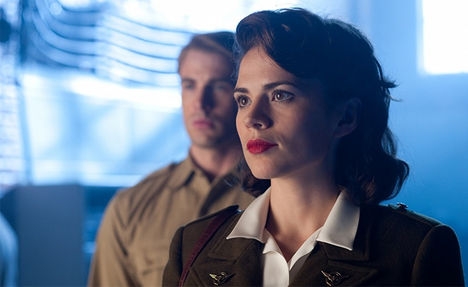 MM: What do you mean by WWII being a specialty of yours?

ZG:  I took a bunch of WWII classes in college and a lot of fiction I write takes place during or post WWII. I’m not exaggerating when I tell you I own every single book published about New York City in the 1940’s and I own nearly every Life Magazine issue from 1939 to 1947.

MM: Where did you see Peggy Carter before her Captain America and tv appearances? In comics?

ZG: I saw Peggy in the trailers for the movies, and then immediately picked up every comic I could find that featured her, since I was working at a comic shop during that time. But I did model my costume after the movie trailers.

MM: Oh, so you weren’t really aware of her character until the trailers came out? I mean, I wasn’t either, but I know she definitely existed in the universe of Captain America pre- Marvel films.

And I assume you’ve seen all the films now? What about her tv series, unfortunately cancelled recently?

ZG: Nope, I was a hardcore DC Comics girl at that point. I thought her television series was fantastic! The writing could have been better, but I’m a stickler for that sort of thing. I wish the characters could have been developed better but it’s HUGE that a female Marvel character was given her own network show, for two seasons none the less. She definitely broke down barriers for shows such as Jessica Jones to be green lit.

MM: Tell me about your Peggy Carter. Who is she? What do you feel is her significance in the Marvel universe?

ZG: My Peggy is a kind person at heart who stands up for herself even when she might not have an aggressive or mean personality. She can fight her own battles (mentally and physically) while still wearing make up and keeping the class of a  woman of the 40’s.

One of my favorite things about her is her relationship with Steve. He kept a photo of her in his compass. She was not someone he simply lusted after (they never did more than kiss), but he admired her character first and foremost and his love for her came second. 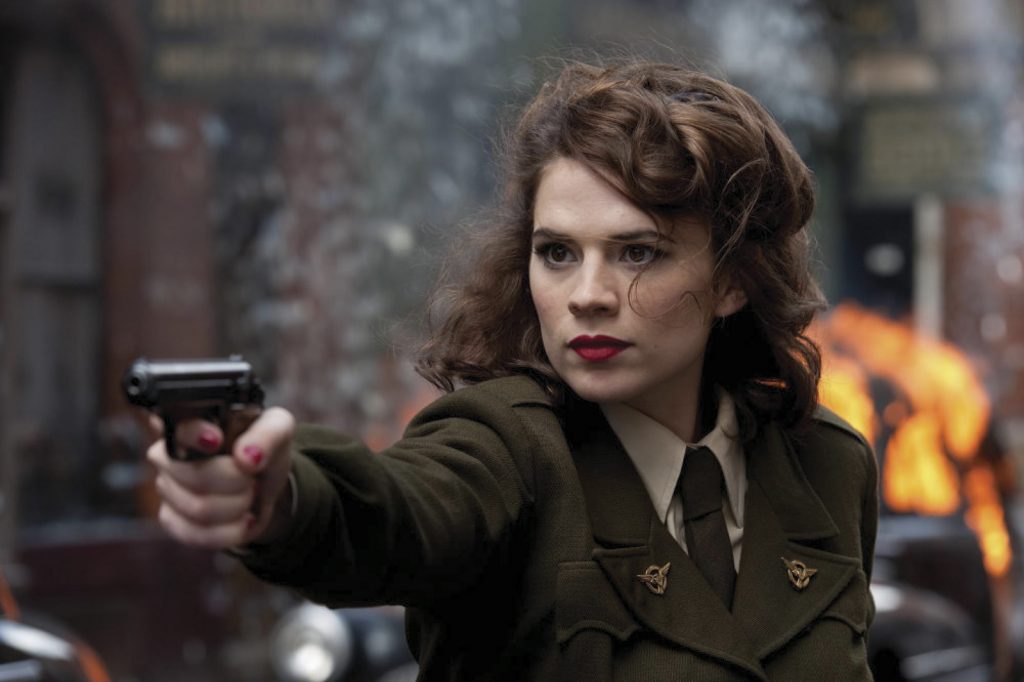 MM: Why is she so important in the world of Steve Rogers? Why was her character given a show, do you think? There are plenty of female characters in Marvel that could be chosen to pave the way for better representation in that aspect.

ZG: I was shocked honestly, when she was given a show. Fans have been BEGGING at the top of their lungs for a Black Widow film. I think it all comes down to money. Marvel heard the criticism for not having enough female characters. Scarlett Johansson is likely too high profile an actress to do a television show. What other female characters did Marvel have at that time, that were well known to a wide audience?

Now that Peggy has had her run, I think 2 seasons is an honorable length for a show based in the 1940’s, and based off a female comic book character. She had her turn, I hope others get their chance now. It’s like Peggy’s tag line: she knows her worth. She showcased that Marvel women can hold their own and she opened the doors for others to follow suit.

MM: That’s a very generous and positive attitude! Do you ask yourself WWPD before making decisions sometimes?

ZG: Absolutely. I was too scared for a LONG time to wear red lipstick in public. An abusive ex boyfriend of mine always told me it looked stupid on me, so I never wore it. But I bought the exact same red lipstick Hayley Atwell’s makeup artist used for Peggy on the show. Every time I wear it, it feels like a suit of armor. It makes me feel beautiful and a bad-ass because I can channel her in a low key way.

MM: It’s just gross how abusive partners can use our fragile self esteem to control us. I’m glad you found a way to defeat that. Have there been other moments in your life that you can recall your admiration and connection to Peggy influencing choices you made, or helping you through something hard?

ZG: Getting over my fear of wearing make up in public for sure. As I mentioned, my ex was insanely verbally abusive and told me I was unattractive countless times. So wearing the same lipstick as hers keeps me in a confident state of mind while at work, and during roller derby actually!

When I started derby, I picked the name Damsel D’Stress because I wanted something that symbolized that I wasn’t a damsel in distress but one that would cause stress to others. I played with picking names after Peggy, but I could only come up with “Peggy Martyr”, and I didn’t think many people would get the reference. My license plate says “SSRPC” and nobody EVER gets that reference. It’s pretty obscure. It stands for Strategic Scientific Reserve (her military branch) or PC = Peggy Carter 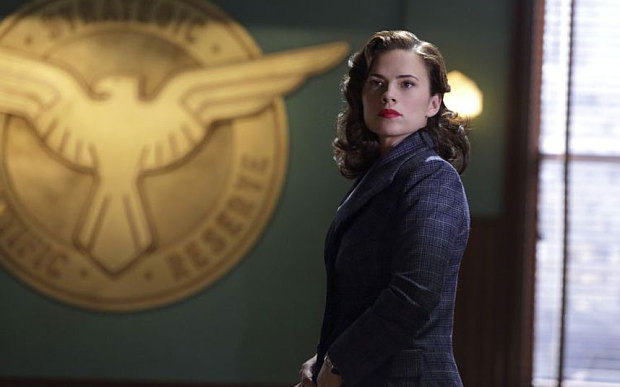 MM: You know what it means, and it means more to you than anyone else, so it’s perfect.

ZG: Exactly. Nobody has to know I’m wearing Peggy’s lipstick but me and that’s all that matters!

MM: I actually really like this idea of mimicking a small detail of her appearance, to gain some extra support from the character in a subtle way. It’s like a token.

ZG: Ever since the movie came out, I have been planning on getting a Peggy tattoo. The design is all set up but, I’m going to wait a little while longer since it’s a big piece. Tattoos are permanent, so I’ll never feel a disconnection 😊. She also symbolizes one of the things I love about the history of WWII: it was perhaps the first time in America where women had a chance to fully prove their worth. Men were away at war, so they had to hold down the fort at home by taking care of their families and doing the jobs men left behind. Peggy stood her own in a man’s world with class, dignity, fairness, and resilience. All things I hope to do in life.

MM: I think you will achieve all that and more!  I hope this was fun for you, thanks so much for sharing with me.

ZG: This was so much fun! I hardly ever get to gush about Peggy, thank you! This was wonderful and I can’t wait to read your other interviews in the future.