Fantastic Four is my favorite comic book. Always has been, and I don’t see that changing any time soon. It’s been over a year since the series came to an end and it breaks my heart. As fun as it is to see Ben running around with the Guardians or Johnny with the Inhumas, and as excellent as the end of Secret Wars was, it still means that for the first time since their premier, we have gone a full year without a Fantastic Four comic.

I know someday they will come back. It might be when the superhero movie craze has died down and no one will be listening to podcasts like ours anymore. It might be when Fox finally lets go of the movie-rights, or when Marvel/Disney realizes that the only medium any one wants to experience these particular characters in are the comics. Who knows? Luckily for me, and anyone interested in the characters, they will always exist in the hundreds of issues that came before, much like this run that is the one I suggest to anyone interested in the FF. 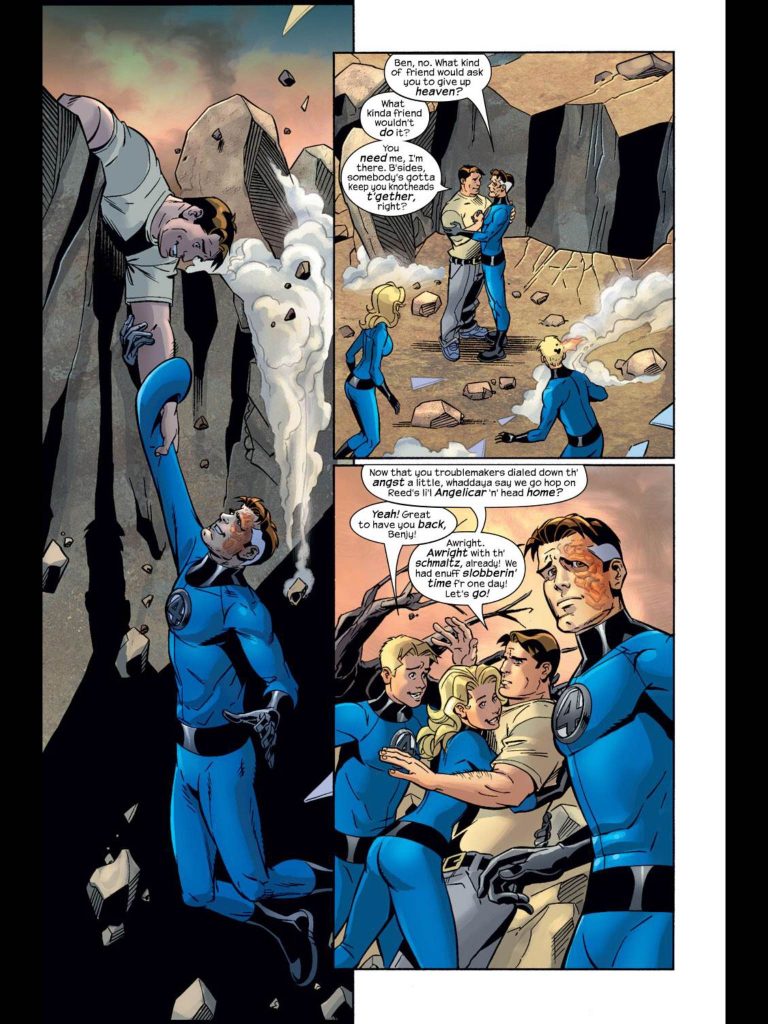 I’m not going to go too much into who the Fantastic Four are. I’ve already wasted too much time setting up my personal feelings in the last two paragraphs. You all know the story: Stan and Jack, cosmic rays, Marvel’s First Family. What I need to talk about is what makes Mark Waid’s contribution so important to the title. Today we look at Mark Waid and we know that everything he touches turns to gold. Most will incorrectly attribute that to an ability to reinvent characters, which isn’t at all what Waid does. He goes back to what makes the character’s special and finds ways to make readers remember why those initial characteristics are so vital. With Fantastic Four, he knows that you can’t focus on one member of the family, they must all be equally represented in the book and it must feel to the reader that they are all equally important. Too many creator’s struggle with this. Waid makes Ben short-tempered, but not a buffoon, Reed a disconnected genius and a caring family man that has to work to find balance between the two. Sue is presented as a strong nurturer and the unassigned leader of the leaderless group, and Johnny, a character that too many FF writers present as a one-dimensional prankster, matures more in this run than he has in any other, while still maintaining his mischievous spirit.

One of the best things things Waid does in this series is shows us why Doom is the greatest Marvel villain. He had always been established as the big bad of the Marvel Universe without any real reason as to why. In one of the early arcs of Waid’s run, Doom does something so despicable that for me, I can never question his evil position as the top of the worst. Also in this story line, Reed is forced to embrace something beyond the realm of science, demonstrating Waid’s ability to put the characters into positions that have never been in before. 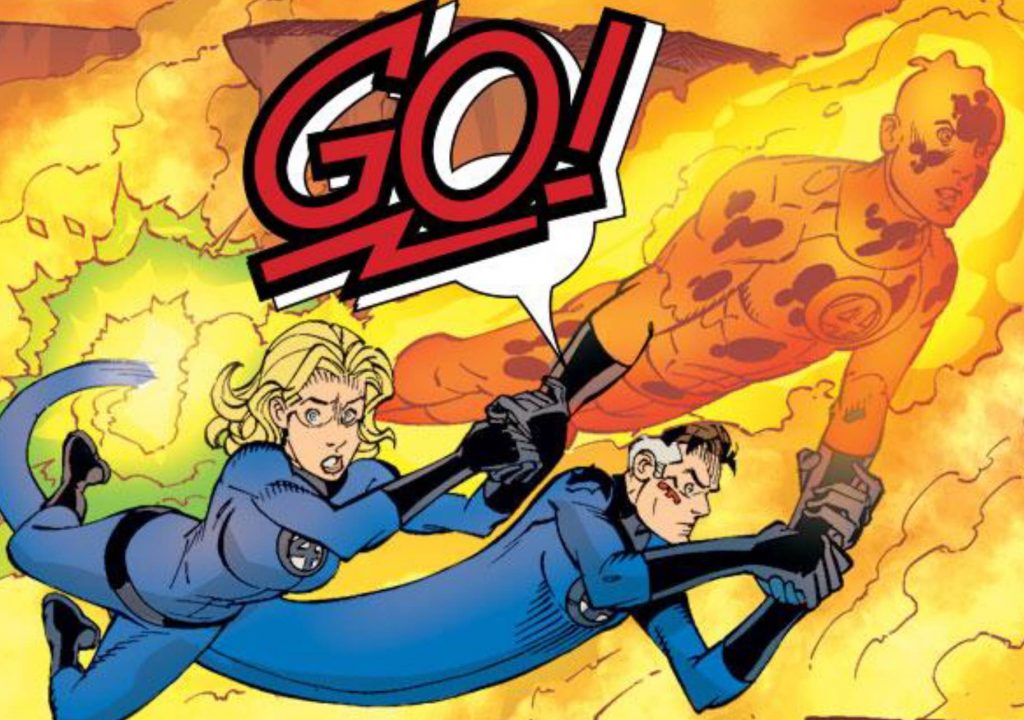 As wonderful as all of the stories are, they wouldn’t have amounted to much if not for the right illustrator. Waid struck gold when paired with his previous Flash collaborator, Mike Wieringo. Wieringo, inspired by manga and anime, brought a fresh cartoonish approach to characters that are naturally animated and bright. I had heard that Wieringo struggled with insecurity during his time on Fantastic Four and various other titles,  feeling that he wasn’t up to the challenge of working on such high profile series. It makes his loss far more painful due to the fact that he may not have known how influential his art was. After Kirby and Byrne, I cannot think of a more iconic Fantastic Four illustrator; one of the true great visionaries of the past 25 years.

I’m so happy to reread this series. I’m so happy that it’s Mara’s first time to read Fantastic Four. I’m so happy that we both get to share these experiences with you, and I hope you enjoy it as well. Make sure to check with us in two weeks when we read another celebrated series from a creator that left this world far too early- Dwayne McDuffie’s highly important Milestone series: Icon.

You can listen to our episode on Greg Rucka, Ed Brubaker and Michael Lark’s Gotham Central here and also on iTunes. If you have any questions or comments, please reach out to us at: