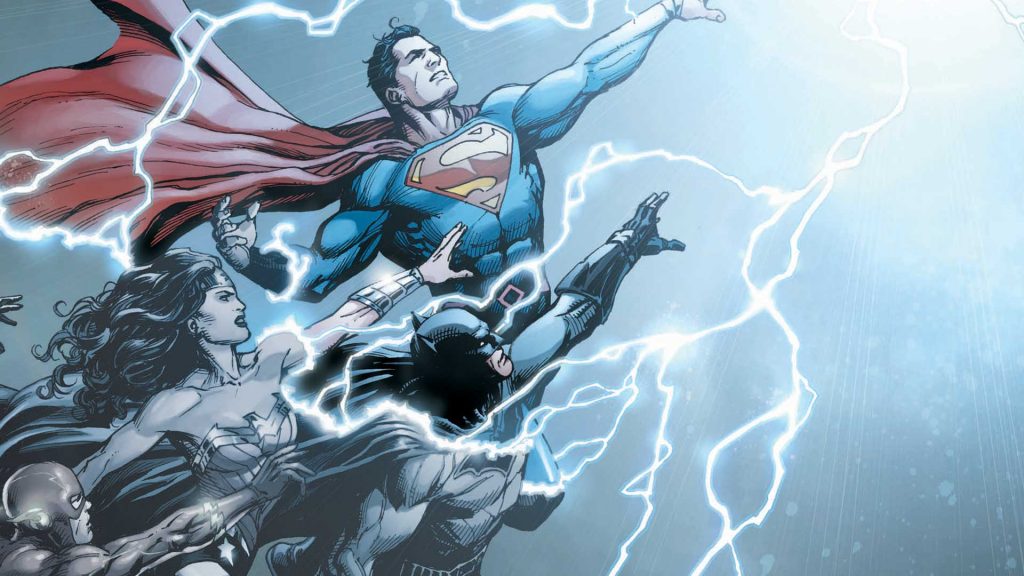 NOTE: It’s difficult to talk about Rebirth and not also speak out the meta context of this new era DC. I want to be clear this issue does not erase my concerns over the lack of diversity, both on the page and behind it, and this is a review of single work and not the state of the company as a whole.

“Seeing everything I realize that it wasn’t 10 years that was stolen from us.  It was love.”

The New 52 ending is bittersweet for me. Rebirth marks the end of the era that plunged me into the world of comics. If not for the New 52 the website you are reading would not exist. I have a deep appreciation for what DC attempted with their reboot five years ago and I’m anecdotal proof of that experiment working.

In the years I’ve been writing and talking about comics I have learned a lot.  As I traversed the back catalog of DC titles I began to see the cracks in what the New 52 was doing. Yes, it had opened the doors to the universe to people like me, but it had done so at the expense of history, legacy and most of all, love. Romance, friendship and even begrudging respect had been replaced by anger or cool indifference. There have been great individual books in the New 52, but they never gelled into one cohesive whole. This led to a universe that felt separated, divided and even cold. 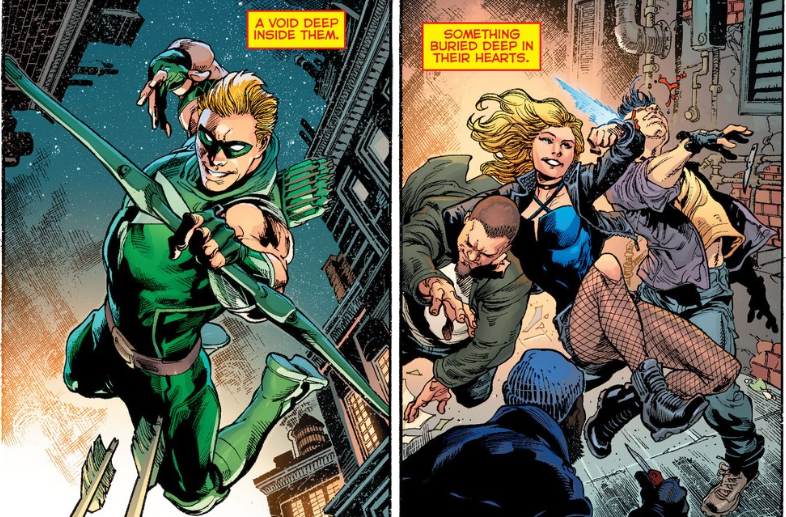 DC Universe: Rebirth feels like one part apology for the last 5 years and one part Geoff Johns thesis on the DCU. This is a broad, sweeping book with huge implications for every corner of the company’s universe, but also a deeply personal look at what makes a hero a hero. Johns has a lot of heavy lifting to do in Rebirth, but as typical of the comic superstar, he handles it all with a mix of cleverness and earnestness that makes even the hardest to swallow moment work.

Johns is joined by a huge group of artists in Rebirth, but the it’s long time counterpart Gary Frank who has his hands in almost every moment of the book. The work by everyone is stellar, but it made me long for the days where Frank was doing regular superhero work. He’s able to tow the line between picturesque realism and cartooning nearly perfectly.

Nowhere is this more apparent than in the emotional climax of our story. Johns and Frank work together in perfect unison to create a staggering set of pages that build a symphony of tension and emotion. The resolution of this wonderful scene left me with tears in my eyes and a lump in my throat. Is it full of nostalgia? Sure it is, but I didn’t care. I once again had what I had been missing in the DCU and it felt amazing.

There is a lot to unpack with DC Universe: Rebirth  and it’s still unclear how some of its bigger twists will resolve themselves. It’s biggest surprise it one that has the potential to be monumentally bad. It’s the kind of narrative “WTF” that in the wrong hands can feel like nothing more than an attention grabbing cash in. However, if this book is any indication of the tone, tenor and quality of what’s to come I will be very happy.

BUY IT – DC Universe: Rebirth is both beautiful to behold and deeply emotional. At 80+ pages and only $2.99 this book is a deal. It also works as both a primer for a new universe and a great self contained story. I found myself smiling at the references to deep DC lore and in the next moment getting choked up by the here and now. This is a triumph of big comic book storytelling and is something everyone should read.