Then, check back here on Thursday and Friday to see if the comics on the Pull List met the team’s expectations with reviews and quippy quotables!!! 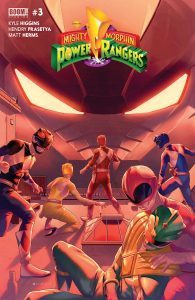 [Editor’s Note: Our very own Angela Fowler has been super excited about Mighty Morphin Power Rangers since the start, and she has a great review of the latest issue HERE!!! Click through and read it!!! And read the book, too!!!]