This episode features a very special friend and fellow member of my Talking Comics family, Bronwyn Kelly. She was raised on a nutritionally balanced diet of Doctor Who and Star Trek. She does science and is one of the most generous giver of hugs in existence. You can also find Bronwyn at Bring Out Your Geek and Dylan Knows International. 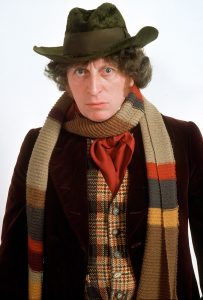 MM: So, can I ask you, is there a character out there who you feel a special and personal connection to?

BK: Doctor Who is a big deal for me.

MM: Doctor Who is an interesting choice, considering he appears in so many forms and personalities.

BK: Doctor Who appearing in so many forms and personalities is actually one of the defining features that I relate to! Tom Baker is my Doctor, because that’s the actor that I first cognitively connected to, but yes… it’s actually the Doctor’s “chameleon”-like ability to change that really resonates with me.

MM: Do you feel like you have or want a skill like that? Is it a connection to you personally, a parallel to who you are?

BK: It’s definitely a parallel, I think. Something that I have both unconsciously and – later in life – consciously developed as an aspect of my personality. I can fit into almost any situation. I’m comfortable with almost any group of people. I find people fascinating.

MM: So, here’s a deeper question: Doctor Who tends to make a change when he’s nearing the end of what he can accomplish in a certain form or identity. Do you find that you fall back on that in times of desperation or need, or is this chameleon power something you like to utilize for fun?

BB: That’s actually a fantastic question! The answer is two-fold: If I look back on my life, I can tell you that I can DEFINITELY see it broken into “regenerations” of myself at points of large change. Moments where I was presented with an opportunity to make a big change in my outlook/approach/style/what not like graduations, changing jobs, moving cities.

But, there are also little opportunities to use my chameleon skills, like when going out on a Saturday night and meeting someone new or finding a new team/club/peer group to fit in with. It allows me to explore a new set of interests, to see if this is in line with something in me. To take something new and try it on for size.

MM: I think change is a positive and necessary part of life. But I hear many people are terrified of it.

BK: Oh it’s terrifying, for sure! That can be a big hurdle, but I find doing scary things less scary if I do them on purpose. Some sort of illusion of control, maybe?

MM: Tell me why you see Doctor Who as someone you connect to on a deeper level? Like, why does your relationship with that character inspire the feels? 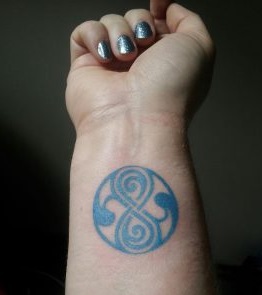 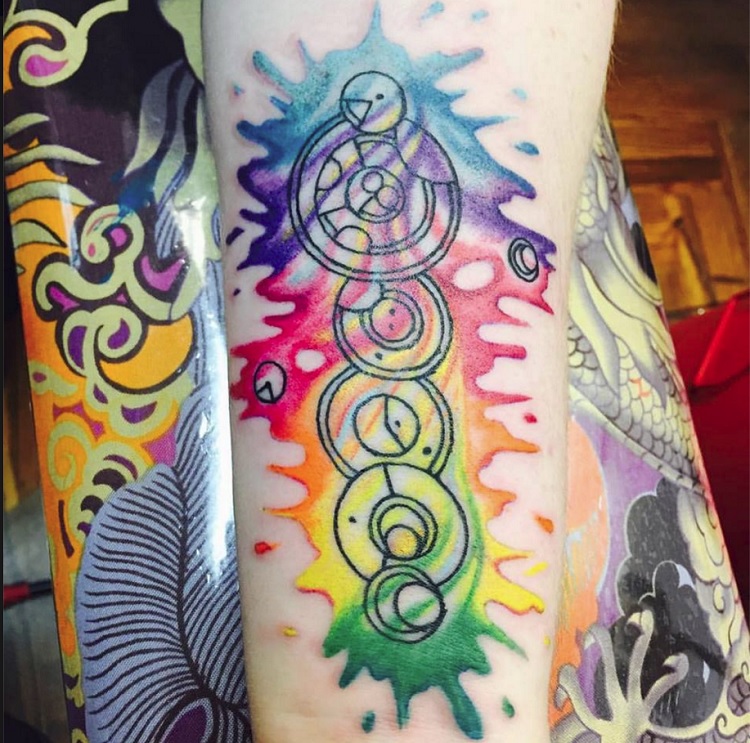 MM: So, would you say yours is a sentimental connection?

BK: Oh yes! Hearing the Doctor Who theme music would help me sleep. To this day it makes me happy instantaneously. It doesn’t even matter if the show is good or not. I don’t have to be caught up, or watching, or current. I can go years without seeing an episode. It’s the music! It’s the scarf. It’s the movie The Five Doctors. It’s seeing celery and thinking ‘Time Lord’, not healthy snack. Also, my Daddio was a very talented woodworker. He built a ton of furniture and I begged him to build me a TARDIS. It took me years to understand why he never did. He didn’t want to break my heart when he couldn’t build me one that was bigger on the inside.

MM: That’s a pretty big request, even to make of such a guy with big talent and heart. He did build you, though!

BK: That he did! And oh my goodness is there a lot of him in me. My early adulthood was very much “oh my, I just became my mother.” Now that I’m almost 40 I’m starting to realize just how much of my father is in there too.

MM: So, now that daddio has passed on to the next planet in need, do you think Doctor Who has become something that keeps you connected to your happy memories with him?

BK: Very much. To the point where it’s almost difficult to watch. I can discuss plot lines and companions and actors, but in my head and heart, it’s actually a separate thing from my concept of Doctor Who as an entity. Apart from this thing of my childhood, this music, this happiness, this character I have on my inside. I have 2 Doctor Who tattoos; one for Daddio and one that predates it, just for me and my connection to Gallifrey.

MM: Thanks for sharing with me! There are plenty of Doctor Who fans out there, but it’s very special to feel a connection to a character that keeps you in touch with your family and memories that way.

BB: My pleasure! I’m absolutely thrilled that we’ve gotten to be friends, and I’m honoured that you’d take time to ask me these questions!