It’s been a while since I’ve read a Punisher book, and I felt the need to get that out of my system. 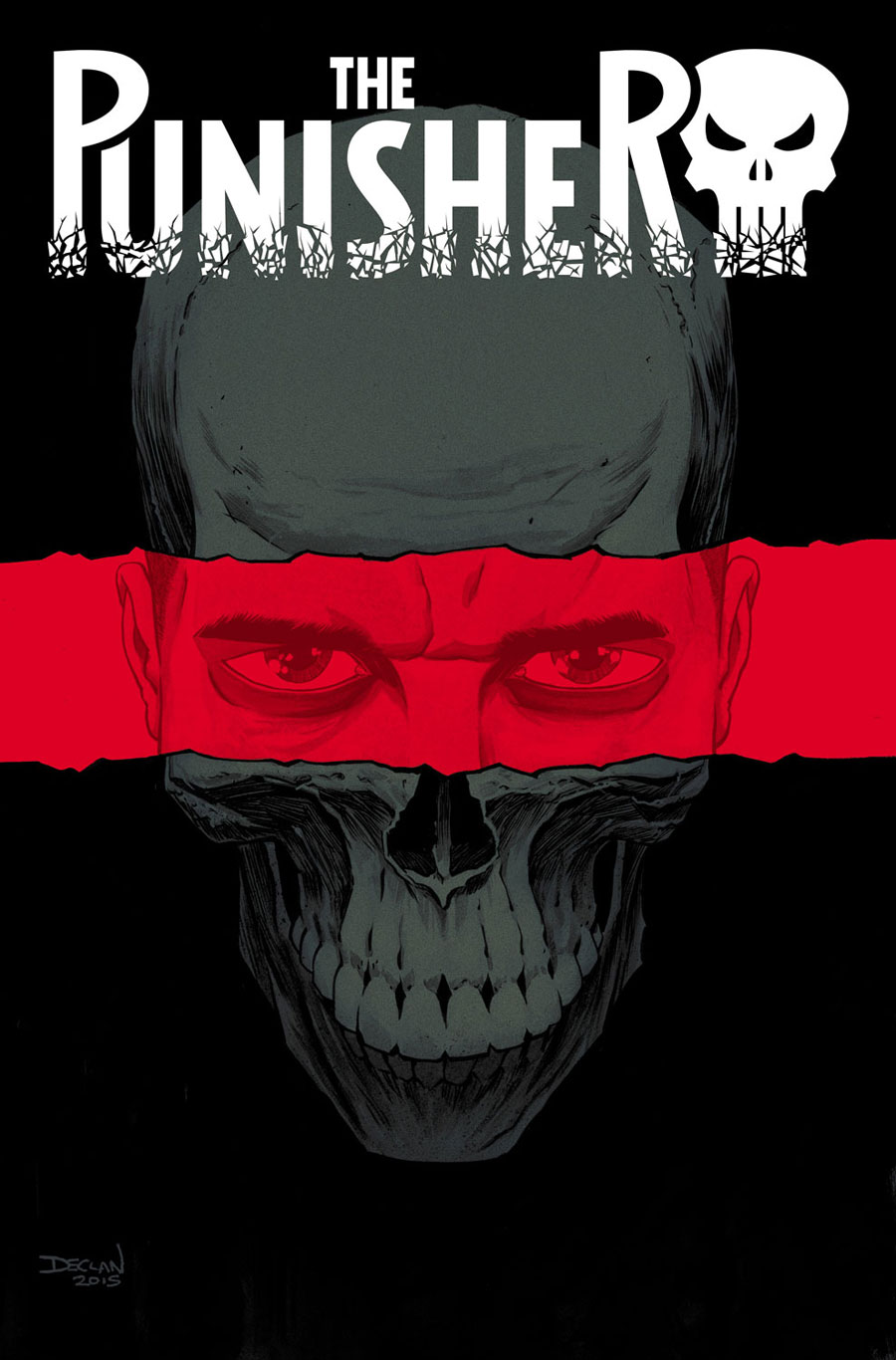 Hi. Hello, have you read Punisher #1 yet? It’s a brand-new Marvel comic book series written by Becky Cloonan (DEMETER, THE TRUE LIVES OF THE FABULOUS KILLJOYS, GOTHAM ACADEMY) with art by Steve Dillon (PREACHER, ANIMAL MAN, JUDGE DREDD). Joining them in riddling the comic pages of this book with bullets and blood are Frank Martin on Colors, VC’s Cory Petit on Letters, and Cover Artists Declan Shalvey and Jordie Bellaire.

If that pedigree isn’t enough to get your ass in the proverbial door, allow me to elaborate as to why Punisher #1 will kick your #*@&!^@ ass.

This release from Marvel Comics is all about talent and timing. Just weeks after the premiere of Daredevil Season 2 on Netflix – which gave viewers a taste for the tragic and brutal anti-hero, Frank Castle AKA The Punisher – we’ve got this powerhouse of a comic book to enjoy. Suddenly, the wait for more on-screen action featuring the skull-clad vigilante doesn’t seem so harsh. But enough fluffing, is the book any good? You bet your ass it is.

This the score … There’s a new drug in town, and word has it that the stuff can turn anyone who tokes just one puff of it into an over-powered threat. And while high-ranking organizations of our government are setting their trap, Frank has made careful plans to spring one of his own. Who’s behind all the nefarious dealings you might wonder? Oh, you know, just a guy they call The Face. Oh, you want to know why they call him that? Heh. You’ll pardon me if I don’t want to spoil the fun of you finding out.

The Punisher #1 cranks the volume of Marvel comic book violence up to eleven with scenes that could stand toe-toe-toe with any Daredevil hallway sequence or Raid-like prison break. On the comic book page, the warehouses and city streets reek of nervous sweat, gun powder, and ignored puddles of piss. Every character in the book has had a rough day, and I could feel that both in the dialogue as well as the art. A part of me gets the impression that this story is coming from a very dark corner of Ms. Cloonan’s scarlet-red heart, where all of her best monsters and blood-thirsty villains are waiting with glistening teeth and clenched fists.

To say that Dillon goes balls out on the art would be an understatement. Having worked on the Punisher character for several years, there’s a delicate balance between comfort and creativity happening here. I admit that I’m only familiar with a small portion of Dillon’s art-related resume, but I’ve seen enough to know that this feels like some of his strongest work for me, personally. Whether it was a tense exchange of barked orders or a smear of gray matter dripping down a pain of shattered glass, I dug it.

VERDICT: Buy it! Are you someone who feels like they could use a little more Frank Castle in their lives? Do you maybe want to take a break from all the world-ending events and in-fighting among super teammates? If what you like is a comic that chews bubble gum and kicks ass … rest assured, this book is all out of bubble gum.