May the Fourth be with you! Star Wars is dear to my heart, and I tried to introduce Anna to it for about four years before she agreed to watch or read any of it. And when she did, what she liked most was the prequel era. Similar to some others who grew up with the original trilogy, I did not like many elements of the prequel trilogy, although I did like the Clone Wars animated series. Seeing it all again, multiple times, through her eyes and with her enthusiasm, and reading many more books set in that era, I do appreciate it more now.

Anna and I recommend all of these. Below the list is a conversation we had about them:

—The Phantom Menace, Attack of the Clones, and Revenge of the Sith­—movies and “junior” novelizations

—Clone Wars: Stealth and Clone Wars: Siege by Karen Miller [these are the only books on the list that are more geared toward adults rather than toward all ages]

Carolyn: What do you like about the prequel era of Star Wars? 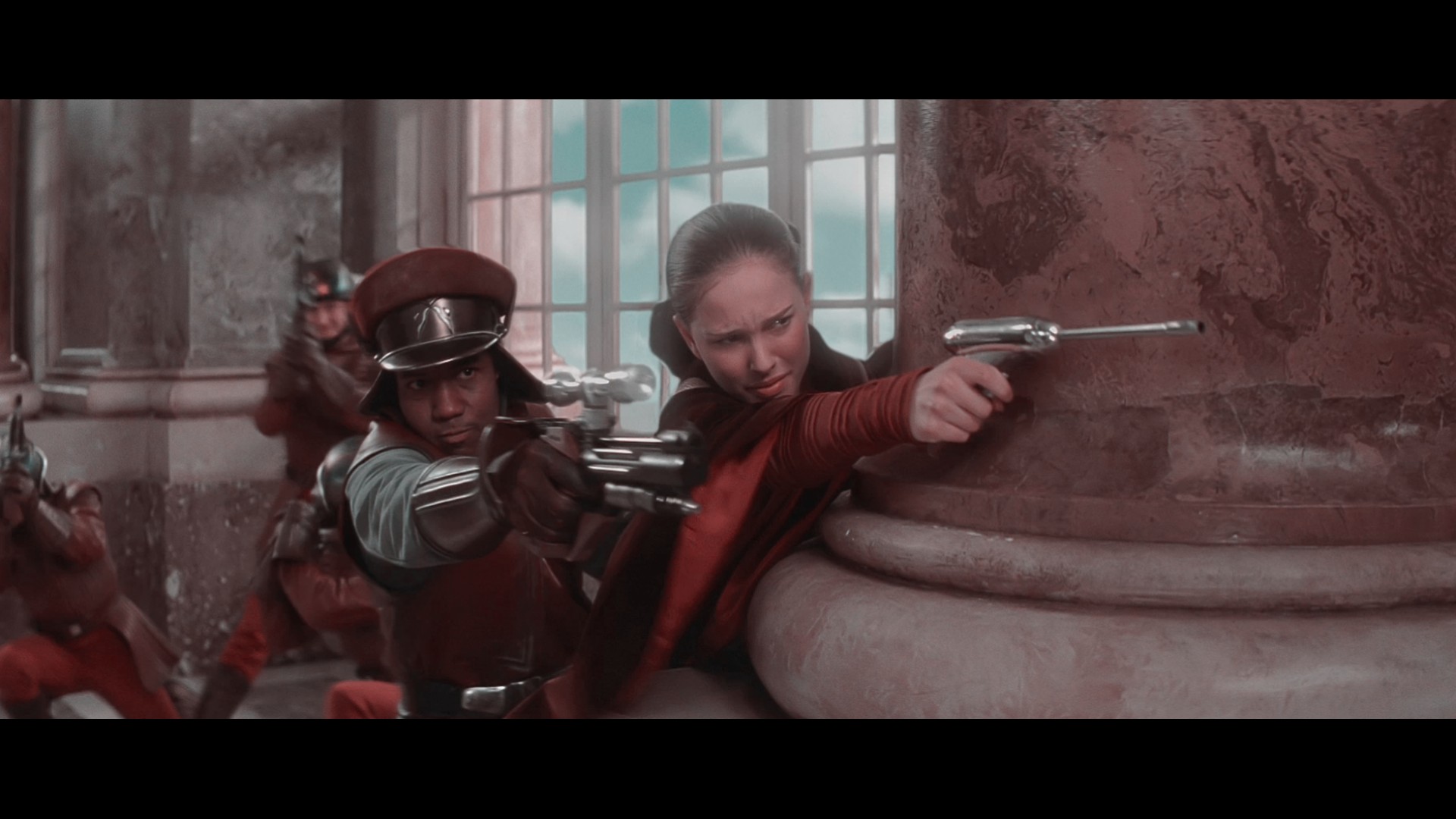 Carolyn: What about Revenge of the Sith?

Anna: In Revenge of the Sith, Padmé is…a little more vulnerable. Like, very vulnerable. Mostly, she cries and cares about Anakin.

Carolyn: Well…yes…you’ve probably heard me say something just like that, because that’s how I wrote about it in my book…

Anna: Well, it’s true. On YouTube, we watched the deleted scenes, most of which were Padmé and were actually good scenes. One of the main ones they cut out was pretty much the formation of the Rebellion. Another one is her speaking in front of the Senate, fulfilling her role as Senator. Some other scenes that were cut are from the very beginning of Revenge of the Sith, with Obi-Wan and Anakin, when they were on Dooku’s ship to rescue the Chancellor. Those were good too.

Carolyn: Since you bring up Obi-Wan and Anakin, what did you like or not like about the Jedi Quest and Jedi Apprentice series?

Anna: I like both series, but both of them are a little violent. But I did like that, as you find out [in the Jedi Apprentice series], Obi-Wan was once as prone to anger as Anakin, which is one of the reasons Qui-Gon wanted to train Anakin. Since it worked out all right with Obi-Wan, he probably thought it would work out the same way with Anakin. One of the best parts is in the first book, when Obi-Wan and Qui-Gon “accidentally” end up on the same ship to go to Bandomeer, because of Master Yoda. I liked the Jedi Apprentice books better than the Jedi Quest books because I like Qui-Gon. Otherwise you only get to know him for about two hours, whereas with Obi-Wan, he is through the whole prequel trilogy with Anakin, and he’s one of the main characters. 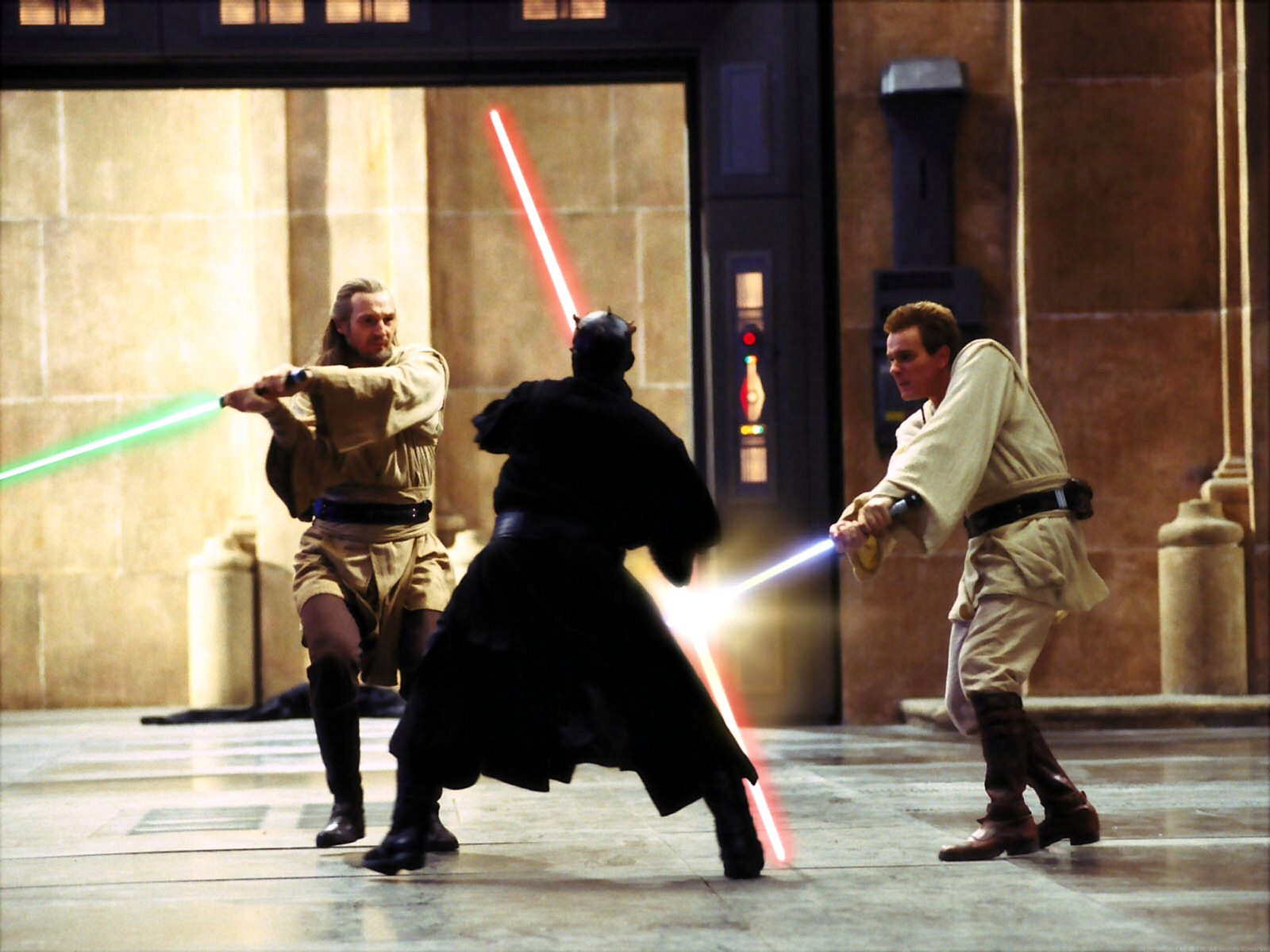 Carolyn: What about Clone Wars? Either the comics or the cartoon.

Anna: My absolute favorite parts of Clone Wars are Padmé, Ahsoka, and Duchess Satine. Ahsoka is one of my favorite characters because she’s supposed to be young and there aren’t that many characters that are kids in Star Wars and even if there are they don’t get to do much, except for Anakin in The Phantom Menace. And also, Ahsoka’s a Jedi. Satine and Obi-Wan are very close friends, maybe even boyfriend-girlfriend. 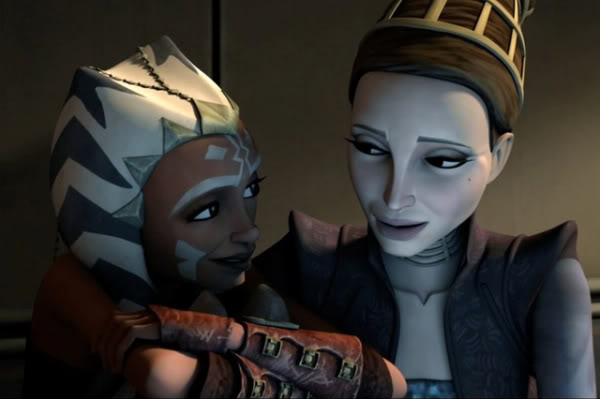 Carolyn: Which of the Clone Wars comics did you like?

Anna: I liked the ones where Anakin and Obi-Wan had adventures. Especially when Obi-Wan is really in trouble, but he’ll say something like, “I’m in a bit of a spot” or “Anakin…!”

Carolyn: And lastly, what did you like or not like about the Episode I Journal books, and the Stealth/Siege duology?

Anna: The Stealth/Siege duology is way too much for kids. It was funny in parts but for most kids, it would be…too scary or sad. I loved the Episode I Journals, especially the Padmé Amidala one. I would love for kids to read it and think about how their own lives are sort of like Padmé’s. Sometimes people have a secret that they don’t feel like telling and they feel like they should only share it with close friends, especially if that secret would put you in danger.

[As Anna says she’s done with the review, Carolyn wonders what secrets Anna has that she could be referring to…]

Note: This is the seventh in our review series. Here are Anna’s reviews of Princeless,  Pet Avengers, Spider-Man and His Amazing Friends, Bandette, March, and Scooby Doo.