Each and every day, social media outlets, websites, and even major news networks are abuzz with any and all things regarding the comic book entertainment medium. Some would argue that comics are the biggest and best they’ve ever been, while others prefer to rejoice and remain in the Silver and Golden ages of comic book history. But what about the creators of tomorrow? Who comes along after the writers and artists of this generation? Somewhere, an impressionable young mind is reading Kelly Sue Deconnick’s Captain Marvel, and will be inspired by it to do great and creative things. Meanwhile, in another part of the world, a brand-new reader just “borrowed” the first volume of Scott Snyder and Greg Capullo’s Batman from their older sibling. These young people, these blank slates, are the creators of the unknown and classics of the future.

Be it through words, lines, colors, letters, or those who really know how to edit like the wind, a chosen few will go on to create the comic books of their time. Remember that. Remember how much you love comics, deep down. And know that it’s our responsibility to nurture their creativity, and be creators ourselves that they can look to for answers to their questions.

Today, we have something very special for you here at Talking Comics! Meet James Davis, the 10-year-old creator of Princess Cyrene vs. The World! James hails from the Toronto, Canada and enjoys creating comics in his spare time. Over the past 2 years, James has been creating whole issues of an imaginative sci-fi adventure starring a super-powered princess and her not-so-ordinary friend Dan. Together, the pair encounter  pig monsters, emo skeletons, and a variety of complex worlds in which they hope to understand and survive! Recently, I had the opportunity to interview James about his comic, his chosen super power, and lots of other fun stuff! Additionally, you an keep scrolling to read the first issue of James’ comic, Princess Cyrene vs. The World! 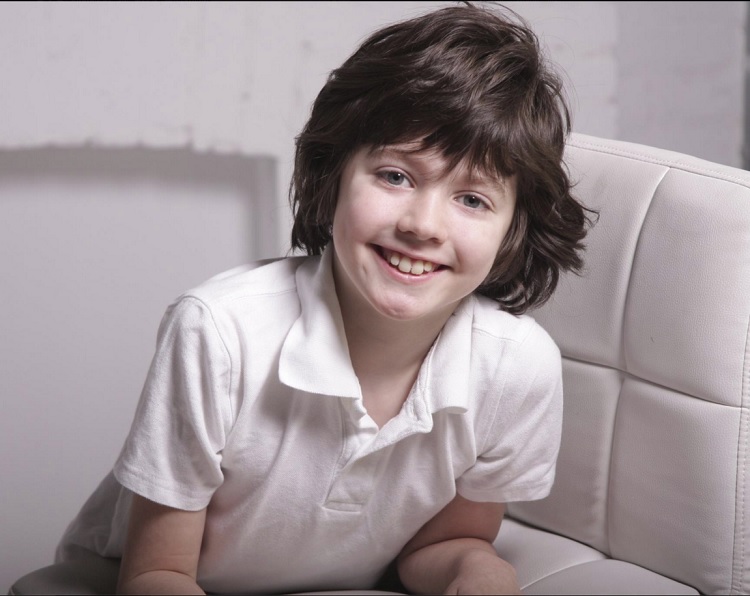 SS: When did you first become interested in creating comics?

JD: I first started making comics with my dad. We used to draw robots and weird, kooky things and even though they were pretty weird I thought they were pretty good. Then my dad would put them in book form and they looked liked mini comic books.

SS: Are you currently reading any comic books? If you are, which ones?

JD: Not right now. I’m mostly reading chapter books, but I like Adventure Time. I have an original Green Lantern and a few more comic books from a long time ago that someone gave me.

SS: Who are some of your favorite comic book characters?

JD: The Adventure Time cast is a big one, and I really like Batman and the Flash. I’m not a big fan of Superman because he only has one weakness so that seems like an unfair advantage to me.

SS: If you could have any one super power, what would it be?

SS: Do you have any favorite comic book-related movies that you like to watch?

SS: What’s your favorite part about working on the Princess Cyrene vs the World comics?

JD: My favourite part is probably getting to make the characters and actually see the whole story come together.

SS: Where did you get your ideas for Princess Cyrene vs the World?

JD: A lot of people think I based it off a show called Star vs The Forces of Evil, but I didn’t. I mostly made it for a classic kind of bad guy vs good guy story, but with a twist – because she’s a girl.

SS: Why did you decide to make your hero a girl?

JD: I drew the bad guy, Deemo, first, and made him really evil. Since he’s a boy I wanted to flip the page and make the opposite a warm-hearted girl for contrast. I liked the drawings of both characters so much that I wanted to make a full length comic with both of them.

SS: Are the characters in your comic based on anyone you know in real life?

JD: Not yet, but I do expect to make some new characters that I will base upon friends of mine – using their expressions and the way they look because I have a lot of friends with very different personalities.

SS: Have you ever taken any drawing classes?

JD: People think I have, but I haven’t. I like to study cartoon character’s expressions and recreate them until i get a special look for each character. My dad likes to draw and we do a lot of that together. We started that when I was really little.

SS: Is there any particular artist who helped influence your style?

JD: I like to recreate facial expressions and body shapes from drawings that my dad does. Dave Pilkey from Captain Underpants got me started. I usually do a standard vase-body for the characters.

SS: What are Princess Cyrene and her friend Dan up to in your next issue?

JD: Yeah, I won’t give away too many spoilers but Cyrene will be wanting to bring Dan and his family to meet her family but they meet a new enemy on the way.

All characters, images, and words are the property of the creator, James Davis 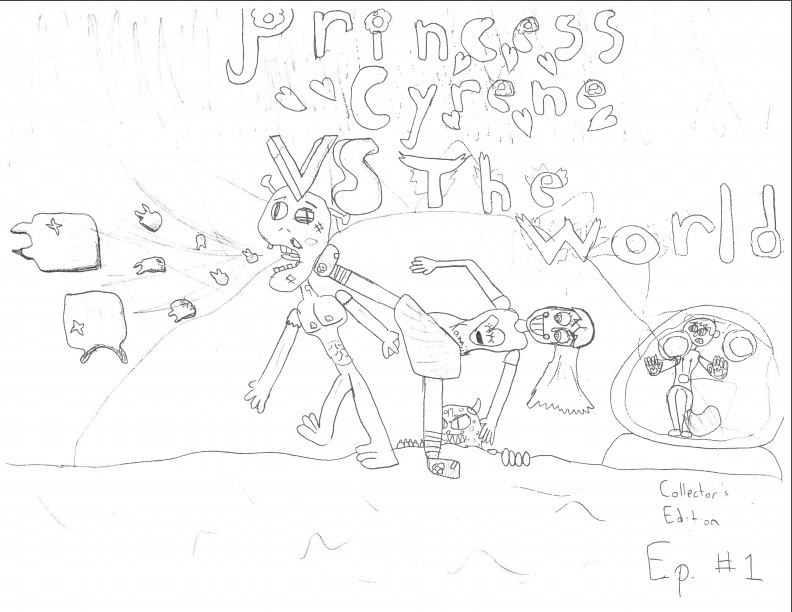 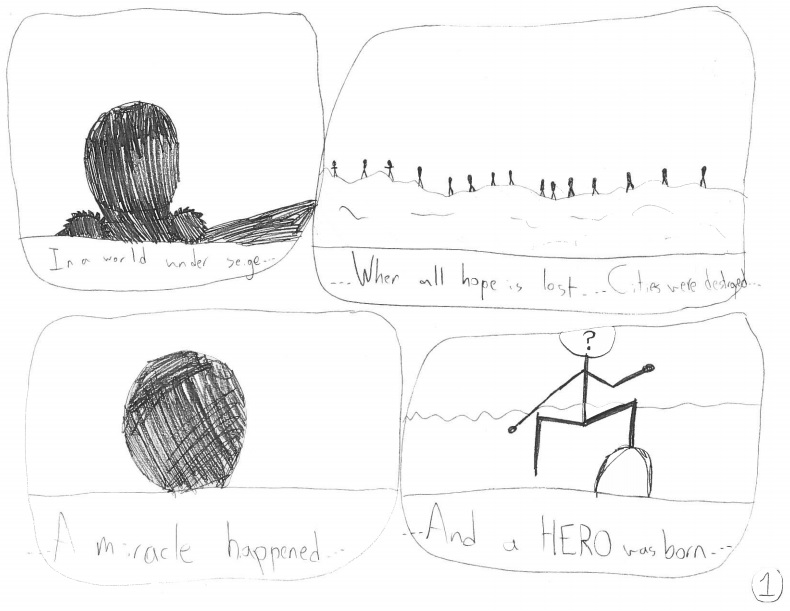 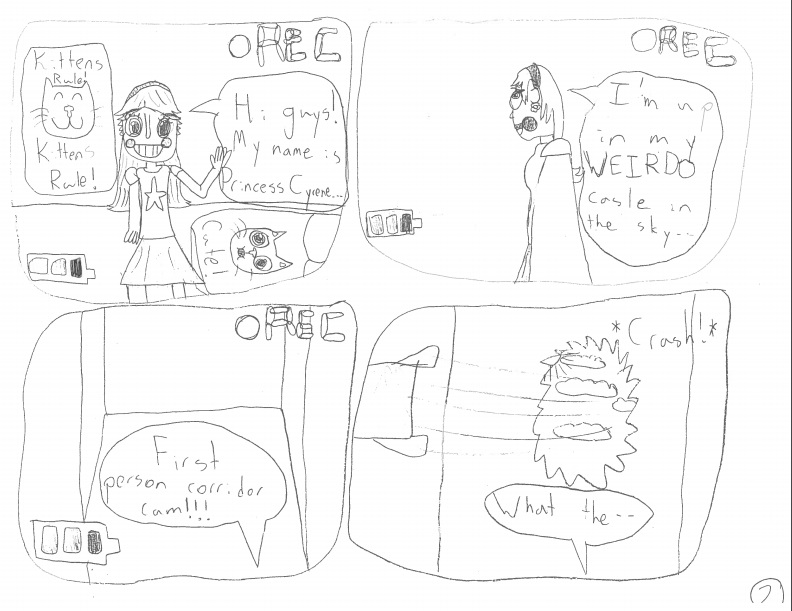 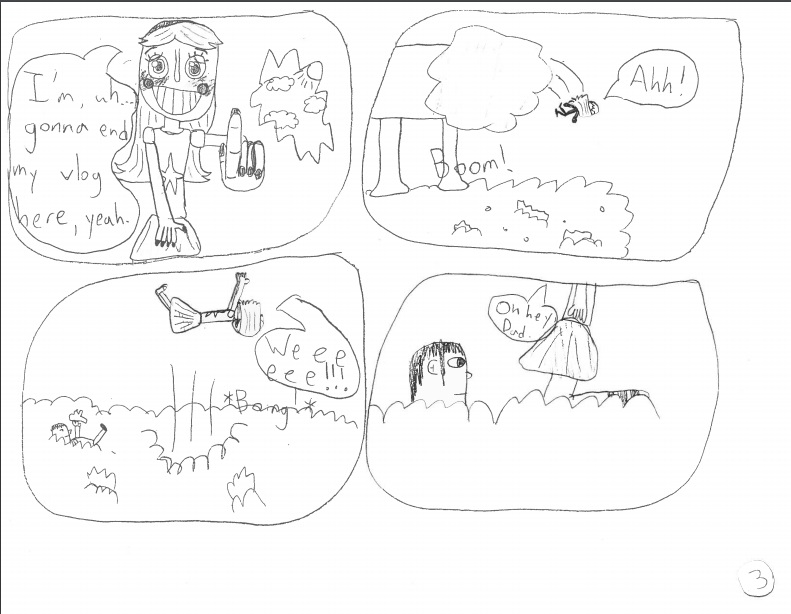 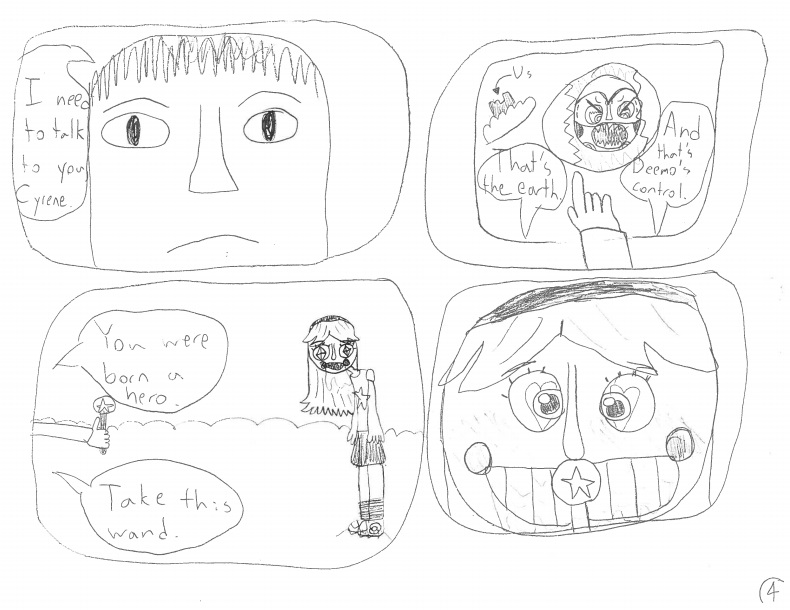 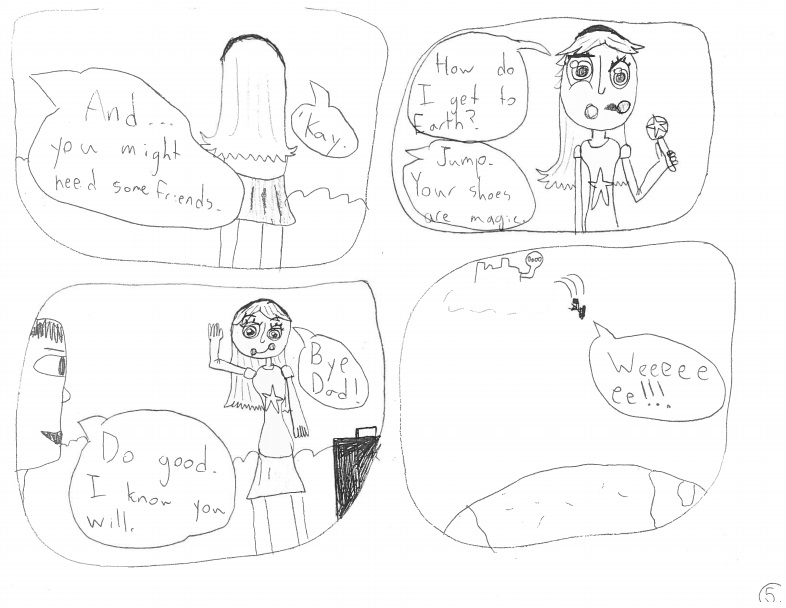 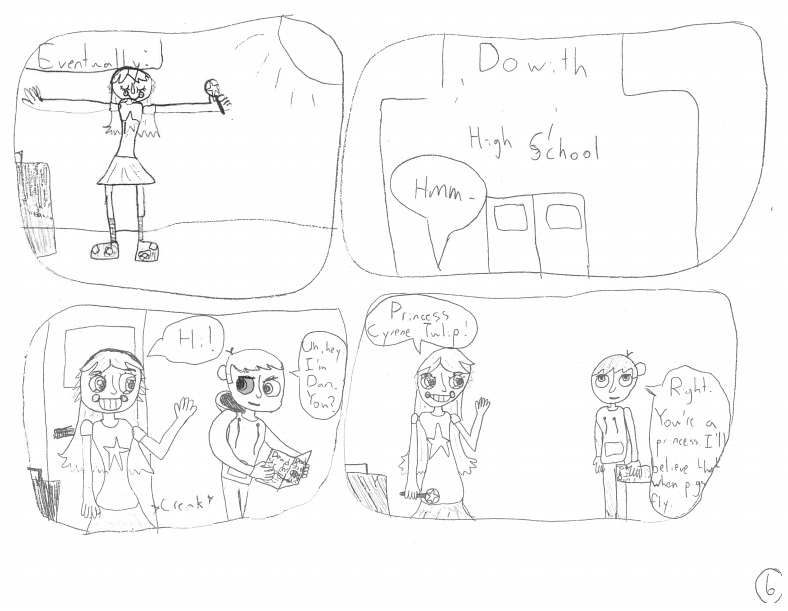 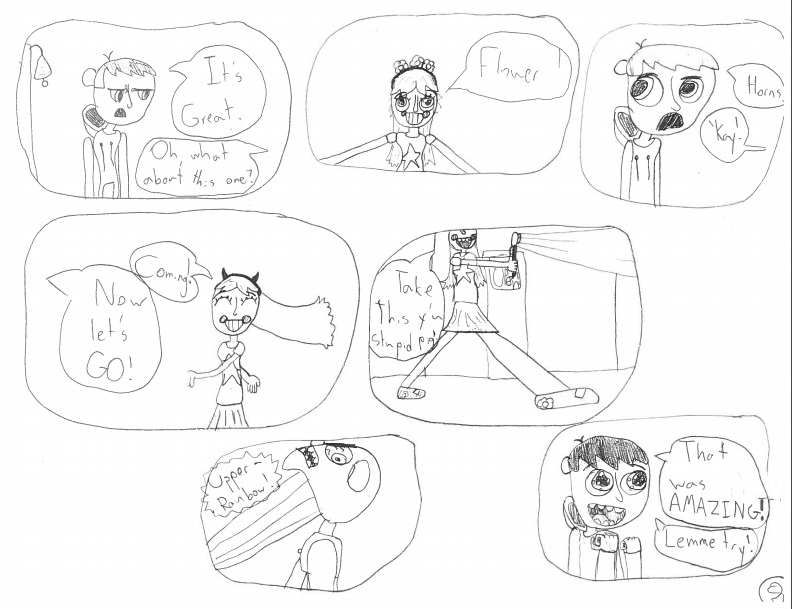 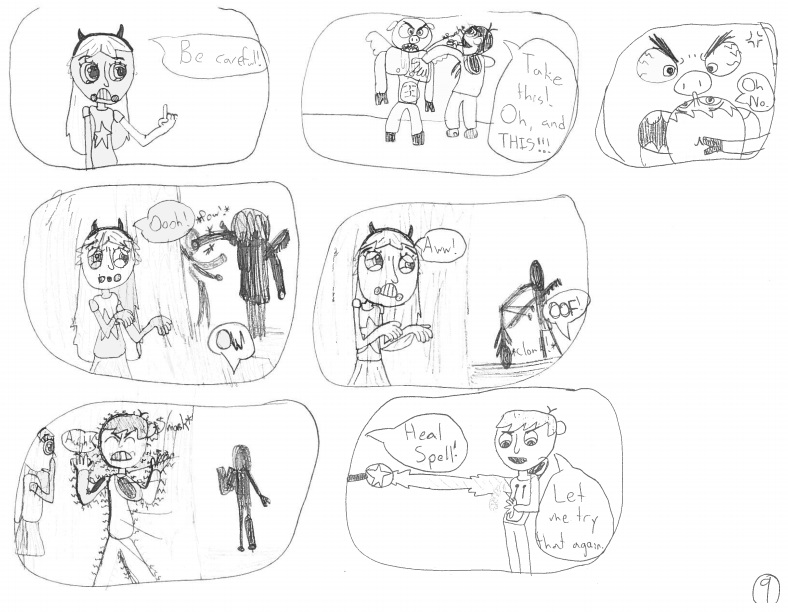 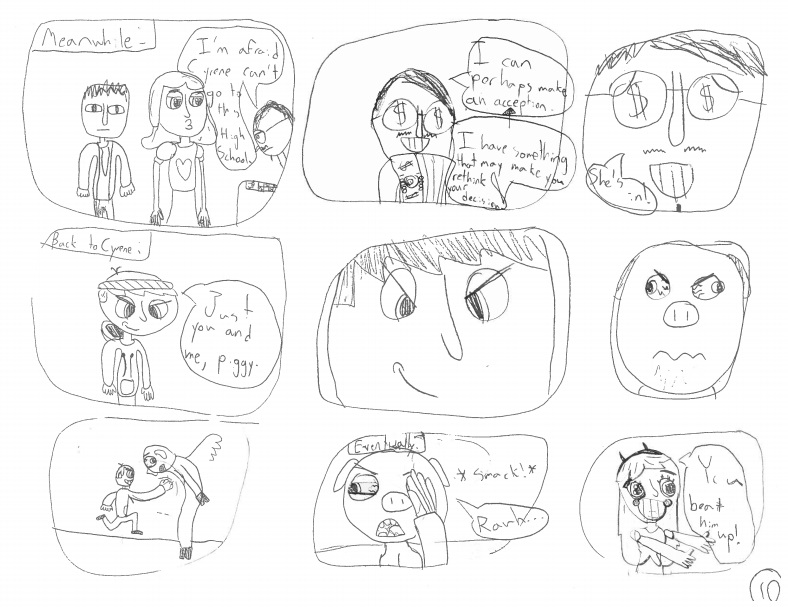 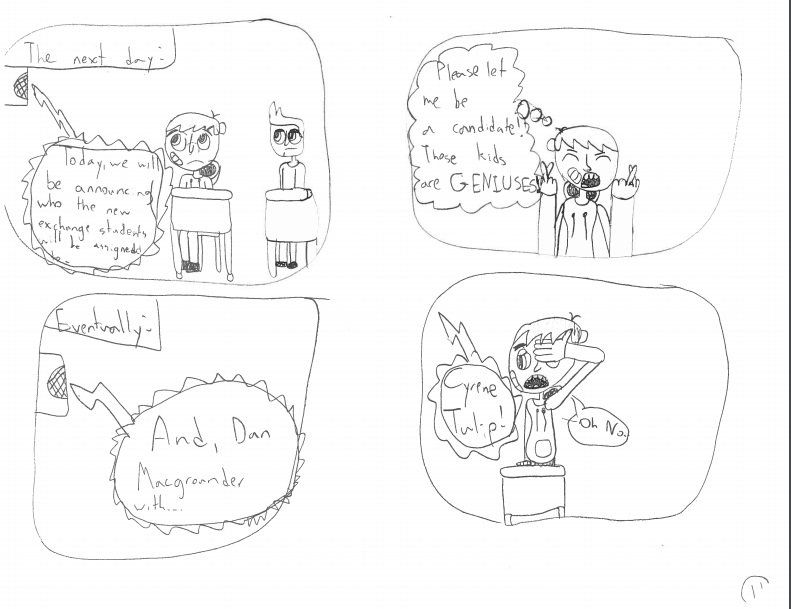 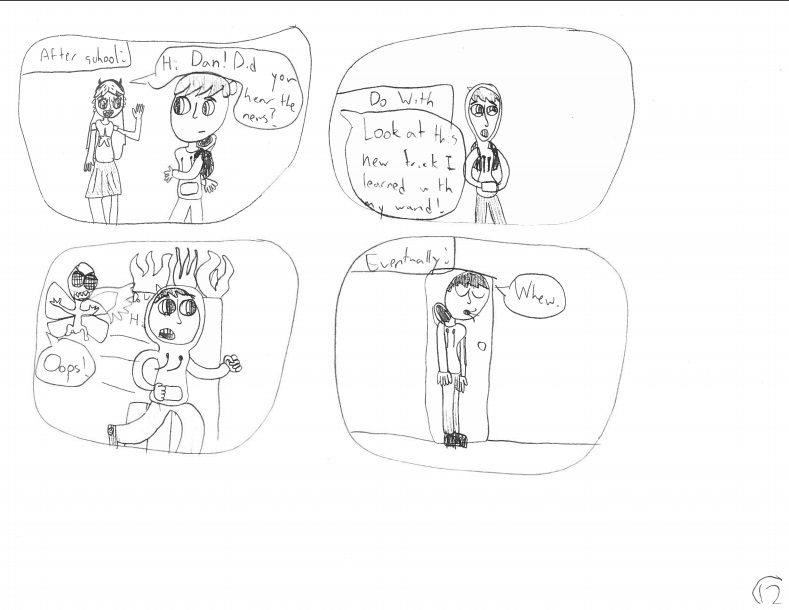 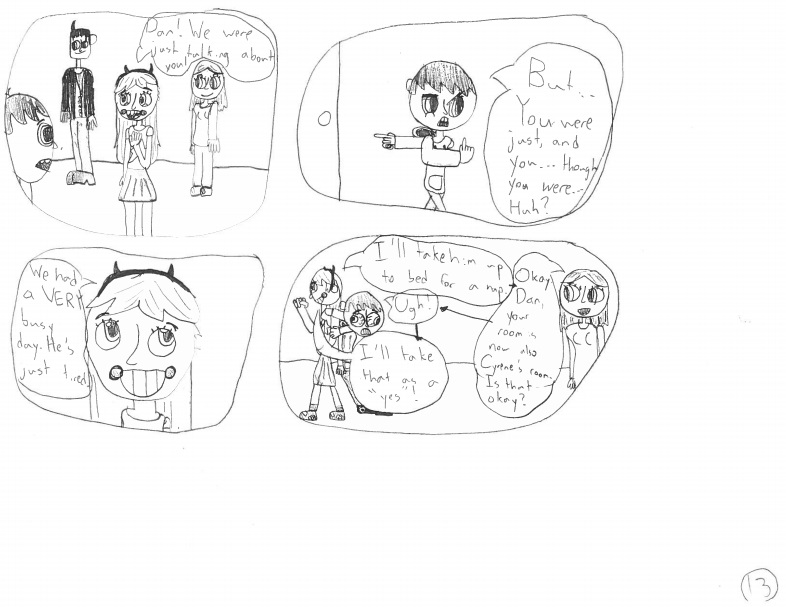 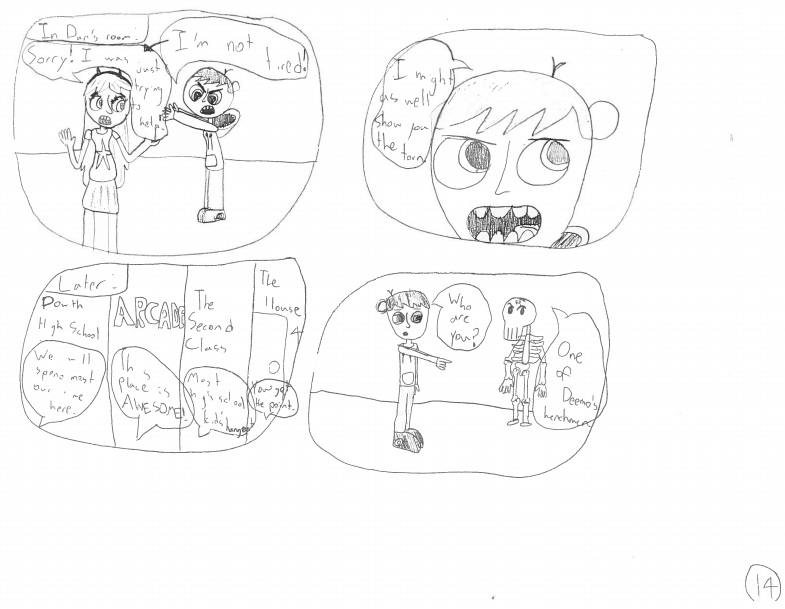 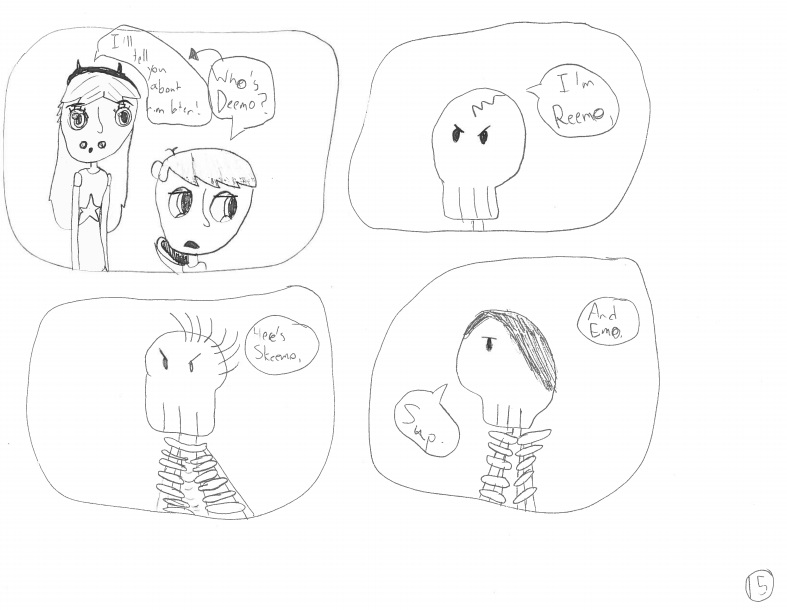 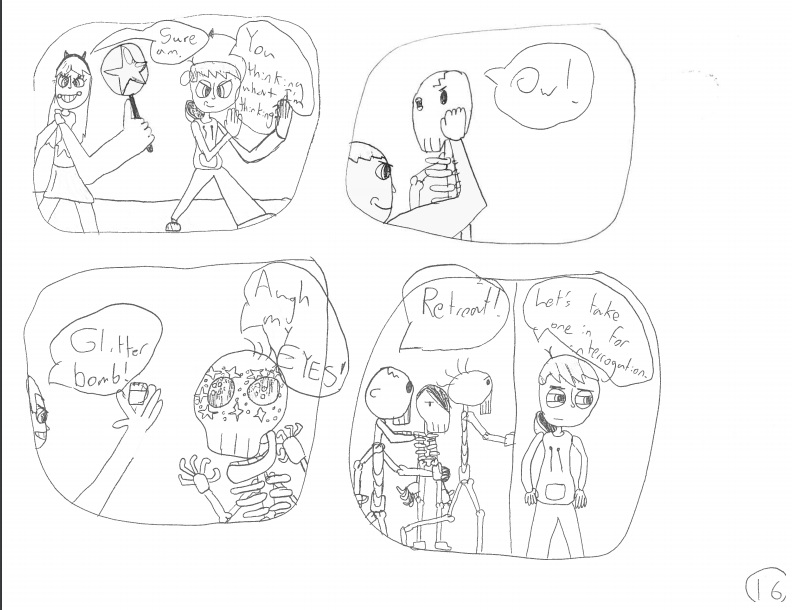 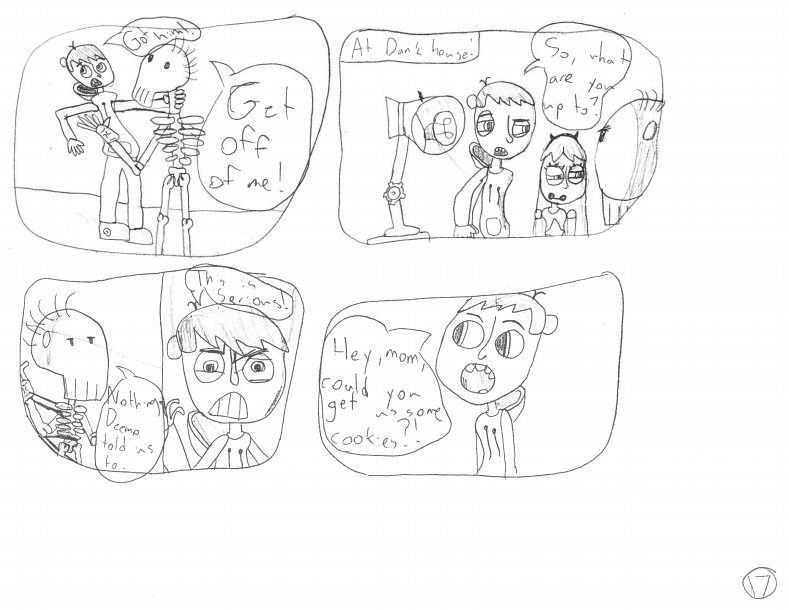 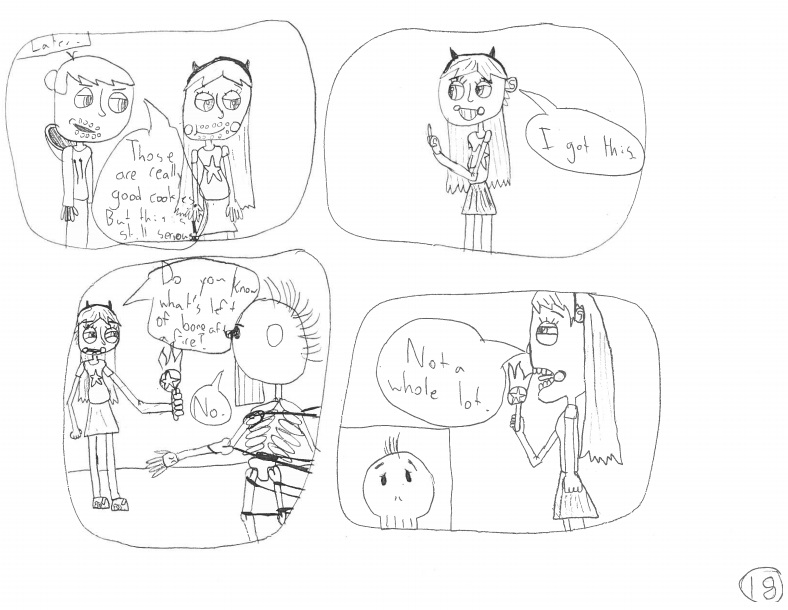 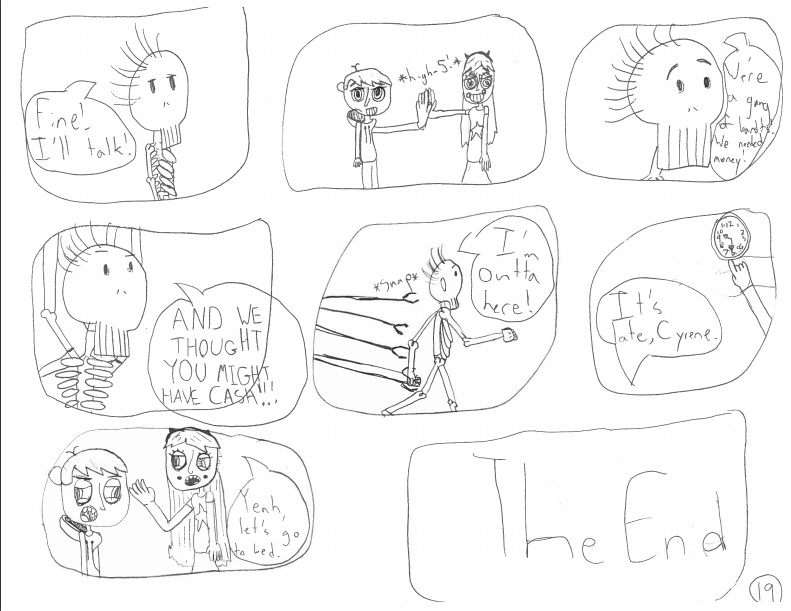 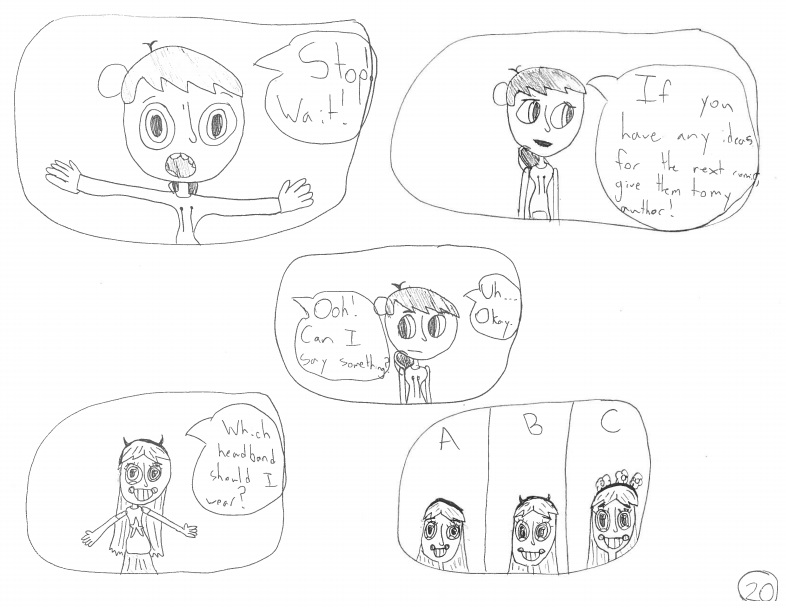 We hope that you’ve enjoyed this presentation of Princess Cyrene vs. The World #1. Issue #2 shall be posted in a follow-up article soon! – SRS