Over the weekend, I attended Toronto Comicon, the first big show of the year in the city. While TCC is the smaller of the three big Toronto shows (Toronto Comicon, TCAF, and FanExpo), it usually manages to bring in a really respectable guest list. However, the showrunners decided to switch the weekends of the convention and went head to head with fan and creator favourite, C2E2 in Chicago. Many familiar faces were absent from Toronto in favour of the Windy City.

As far as big guests go for comics, TCC had John Ostrander present, Michael Walsh and Rob Liefeld, who I feel was more of a circus act that people were really curious about. While I’ve heard that he’s very good with his fans, he still managed to deliver on the crazy by declining a moderator for his spotlight panel and talking about himself for the entirety of the panel, without stopping to take questions from his fans. I didn’t attend the panel but I heard about it from a friend who was there who said that it was exactly the trainwreck that she had been hoping for.

I only attended one panel over the weekend and that was Innerspace Presents: The Cast of Killjoys. The core cast (Hannah John-Kamen, Aaron Ashmore and Luke Macfarlane) were present along with series creator and writer, Michelle Lovretta. Everyone offered great insight into their roles and processes and while I completely spoiled the show for myself (that’s what I get for going to a panel for a show I hadn’t finished watching), I was really happy that I checked it out. It gave me a new appreciate for everyone involved and especially for Lovretta who spoke frankly about her work, TV vs. film, geekdom and more. She was a refreshing and intelligent person and I think I could’ve just listened to a whole panel with just her. The fans of Killjoys also had the best questions that I think I’ve ever heard on a big celebrity filled panel and I weirdly really appreciated that aspect of it too. 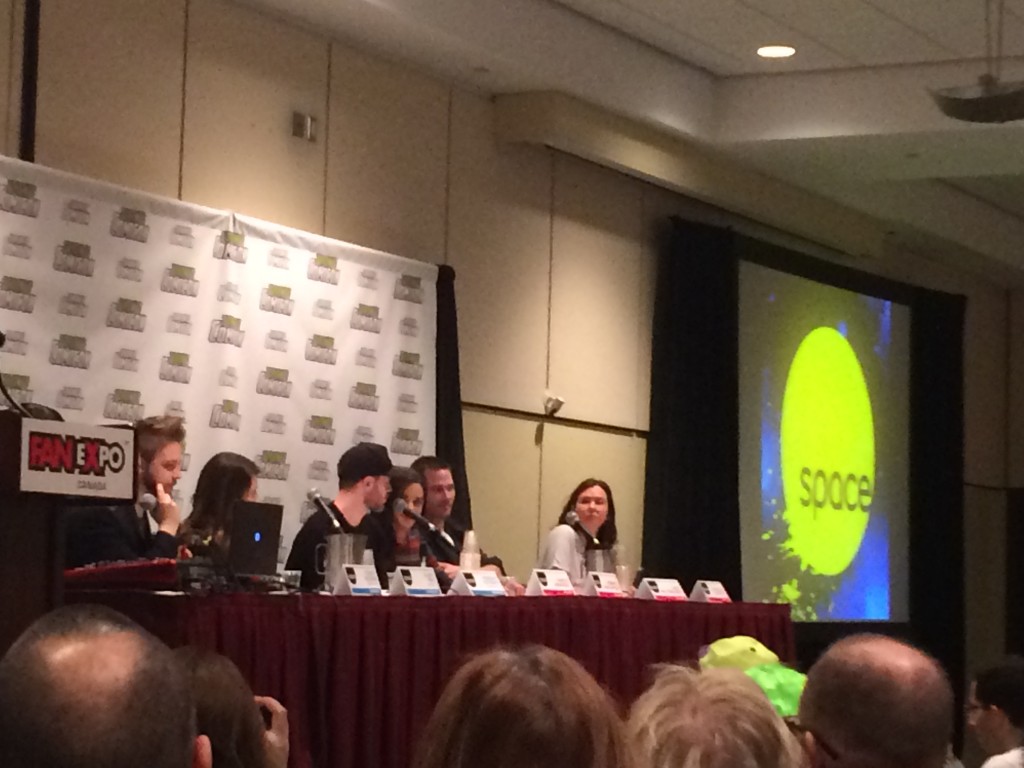 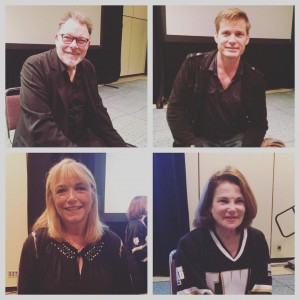 Another highlight of the show for me was getting to do a few interviews with celebrities present (which will be up on the site this week). I got the opportunity to do a press event with Karen Allen (Indiana Jones), Jonathan Frakes (Star Trek), Casper Van Dien (Starship Troopers), and Tovah Feldshuh (The Walking Dead). I was the most excited about getting to speak with Karen Allen but wound up having an absolute BLAST talking to Casper Van Dien who was hilarious, geeky and just OUT THERE. He exuded passion for his work, cosplay and other aspects of geekdom. I’m fairly sure that if he didn’t have a handler to move him along, he would’ve been content to talk all day long. 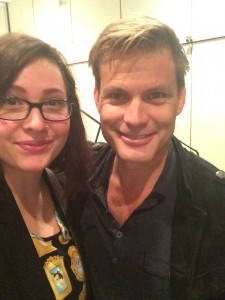 I went to ask him for a photo to accompany my article and after he let me take a couple, he asked, “Do you want to be IN the photo with me?” to which I replied “Um absolutely!” or something equally cool (spoilers: I have no cool).

The Artists Alley at Toronto Comicon this year was actually great. Normally it is WAY too overpopulated… and not by fans so much as vendors and artists who are all crammed in like sardines. I rarely really take in everything that Artists Alley has to offer because of that. I don’t know if it was partially due to C2E2 and just not as many people applied but it felt curated and organized. There were artists that I had never seen before and that was fantastic to see. You go to enough shows and they all start to feel like varying degrees of the same thing. That still stands but it is refreshing to discover new people and new art.

The final thing that made the weekend great was the Talking Comics meet-up on Saturday night. We had a great turnout of people and busted out the card game Superfight. If you’ve never played before, I highly recommend checking it out, as it was a great way for everyone to just be silly and laugh a LOT. I don’t remember the last time I laughed THAT hard and for THAT long. The meet-up started at something like 7:30pm and we stayed out until 1am or so. 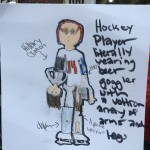 One of our young friends that came out even followed up our hangout by drawing a photo of the ridiculous character I got dealt in the game.

I was a hockey player, literally wearing beer goggles that had a sort of crazed Voltron situation happening with a dolphin for a left leg, an Apache warrior as his right leg, a hobo as his left arm, and Hillary Clinton as the right arm. Chloë decided to draw the character and send it to me via Twitter, and it’s super great. 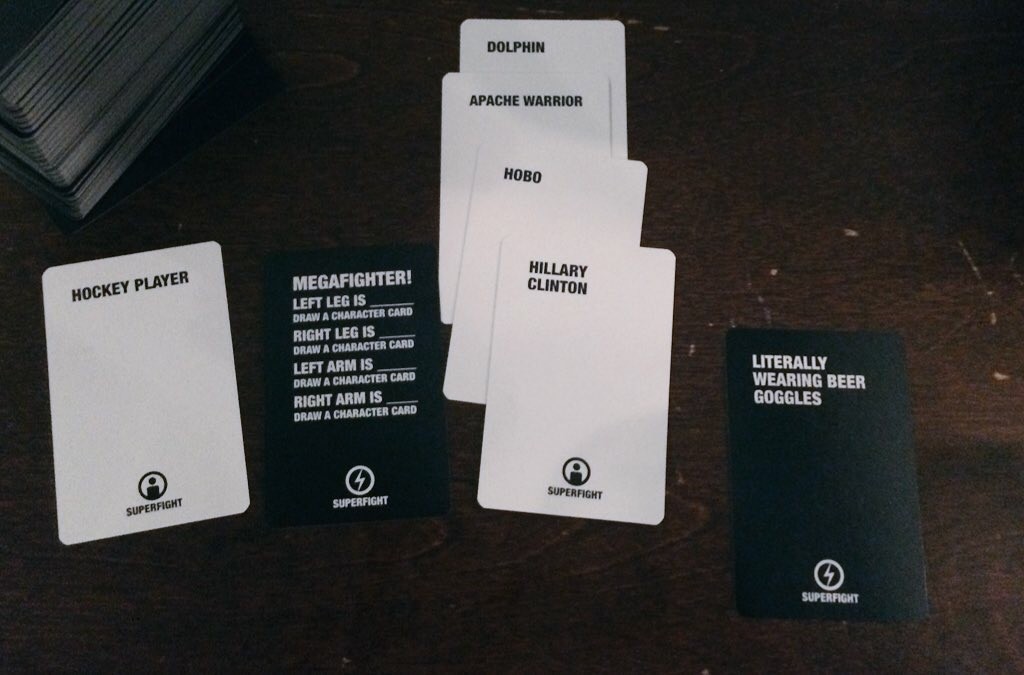 All in all it was a fun weekend that helped distract me from everything going on at C2E2 and a pleasant way to start off my convention year. Here are some of the cool cosplays that I saw on Friday and Saturday: 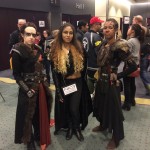 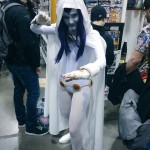 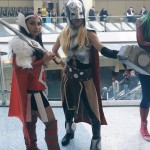 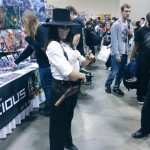 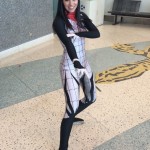 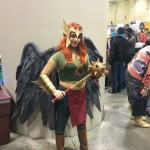 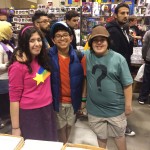 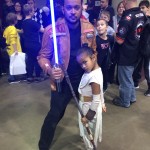 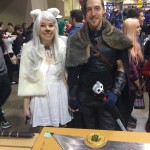 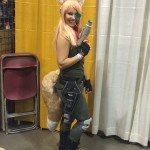 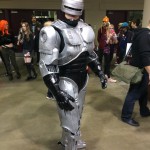 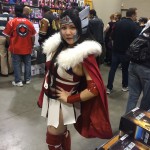 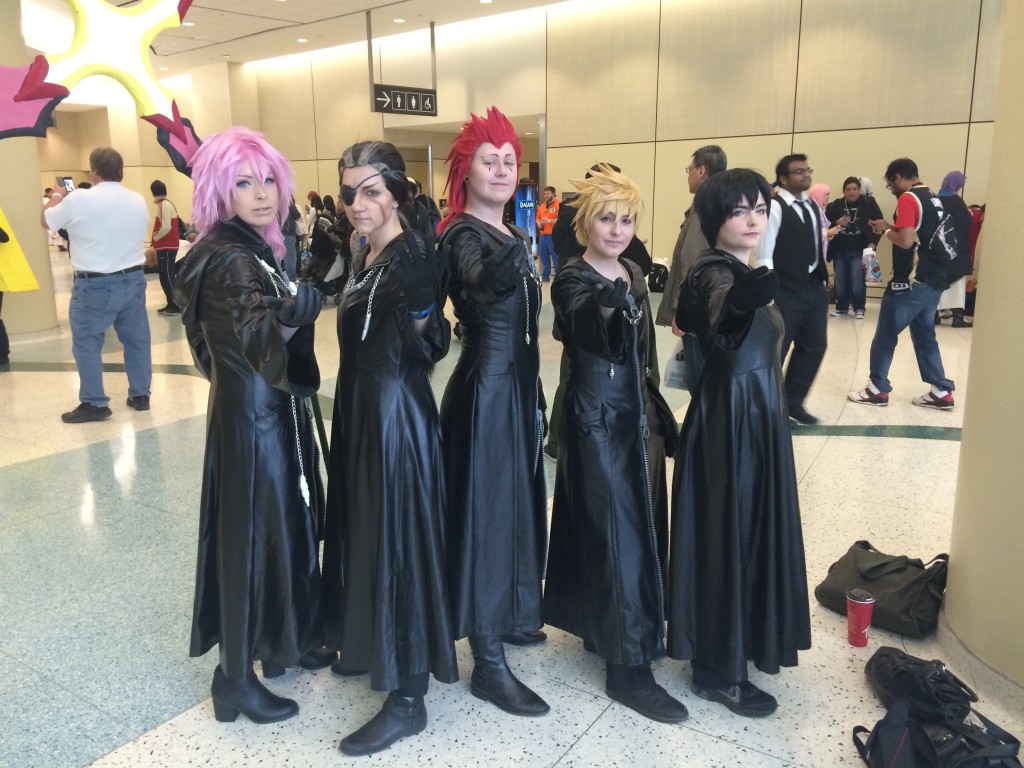 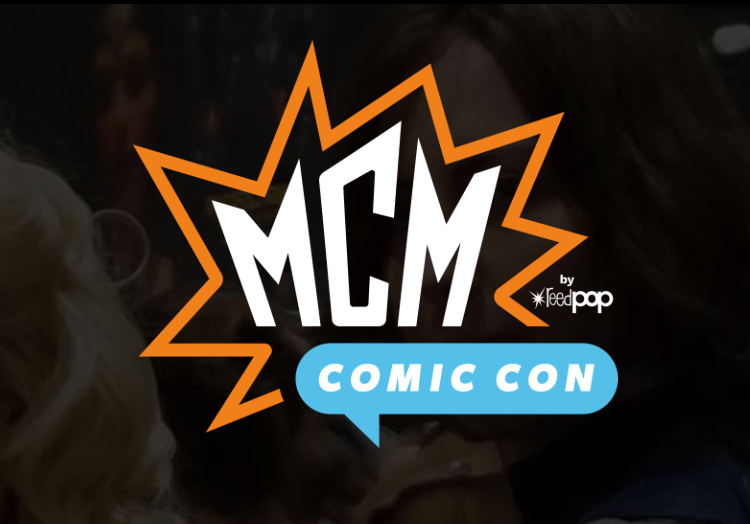 This past weekend saw the return of MCM to the London Excel centre, and in many…

Breaks: An Interview with Emma Vieceli 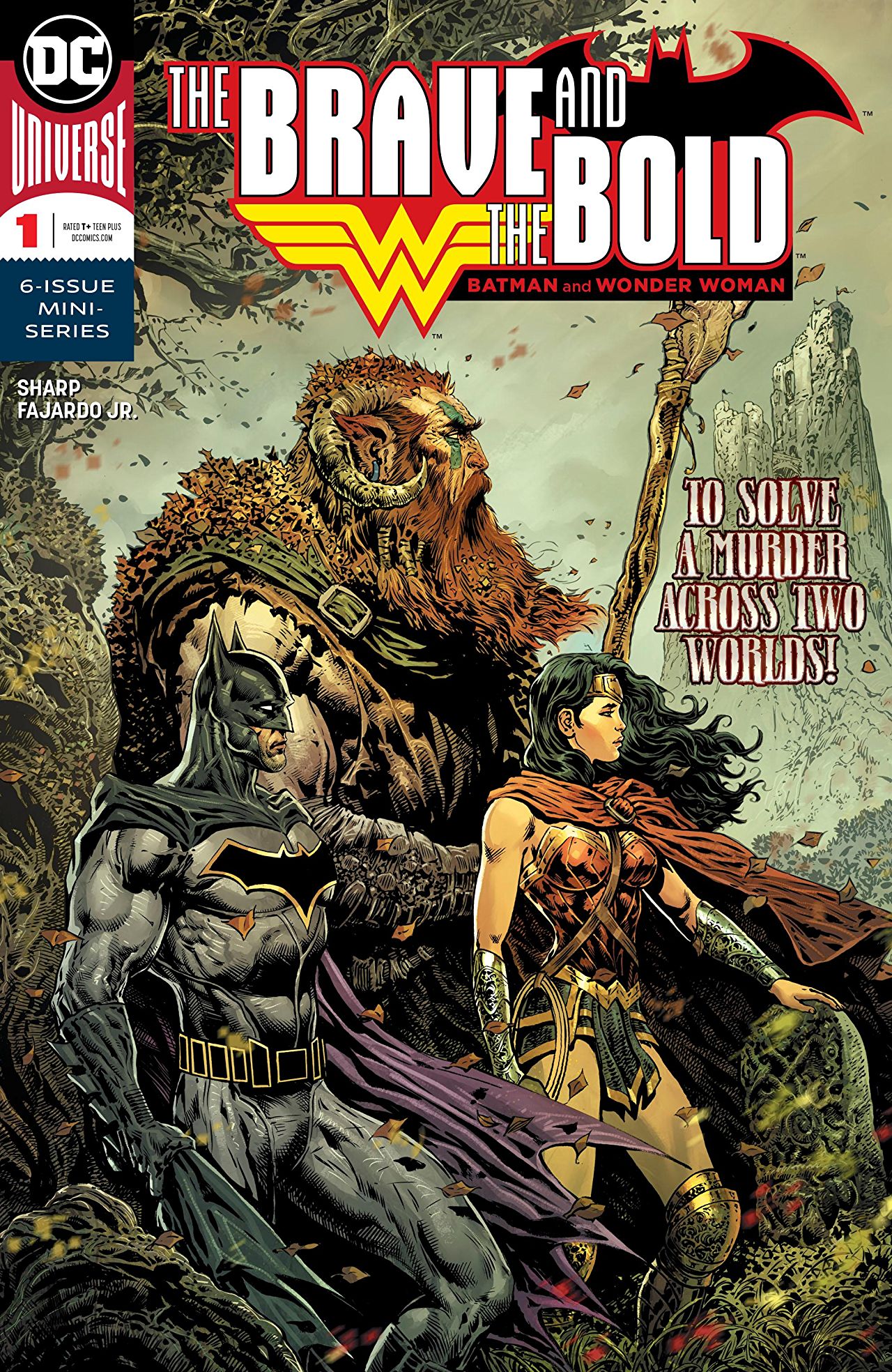 Myths, Monsters and Mental Health – an interview with Liam Sharp 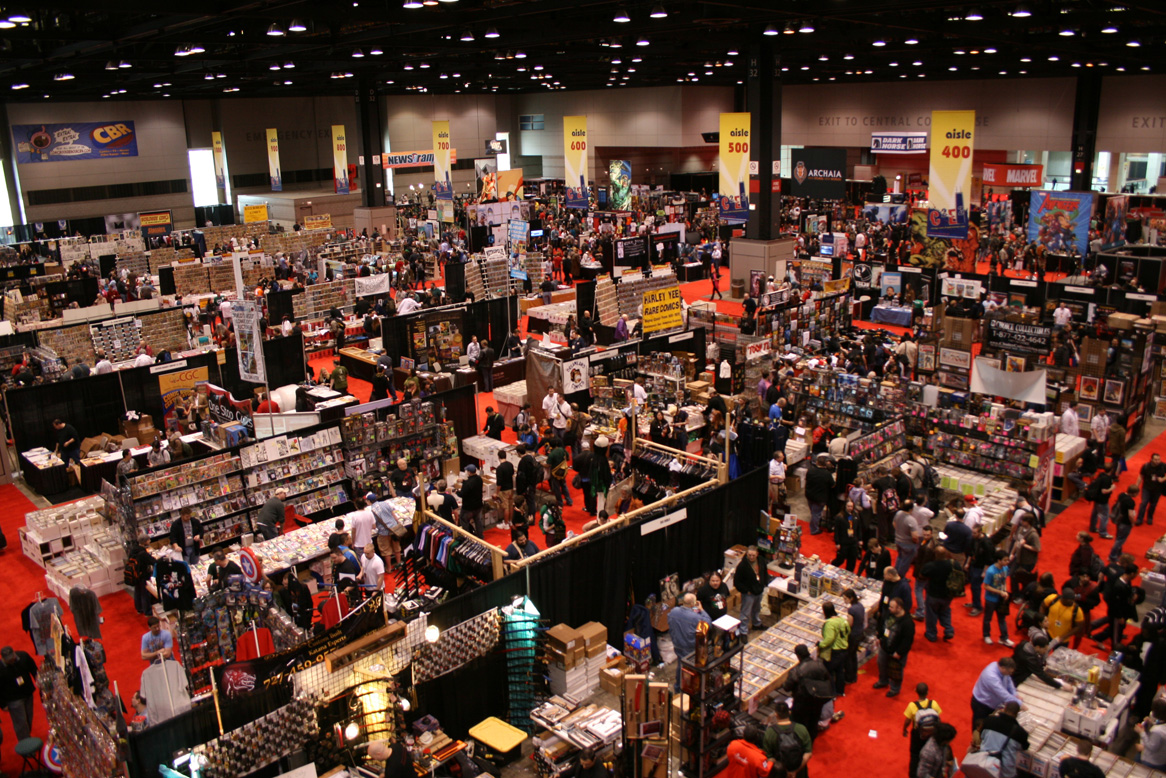 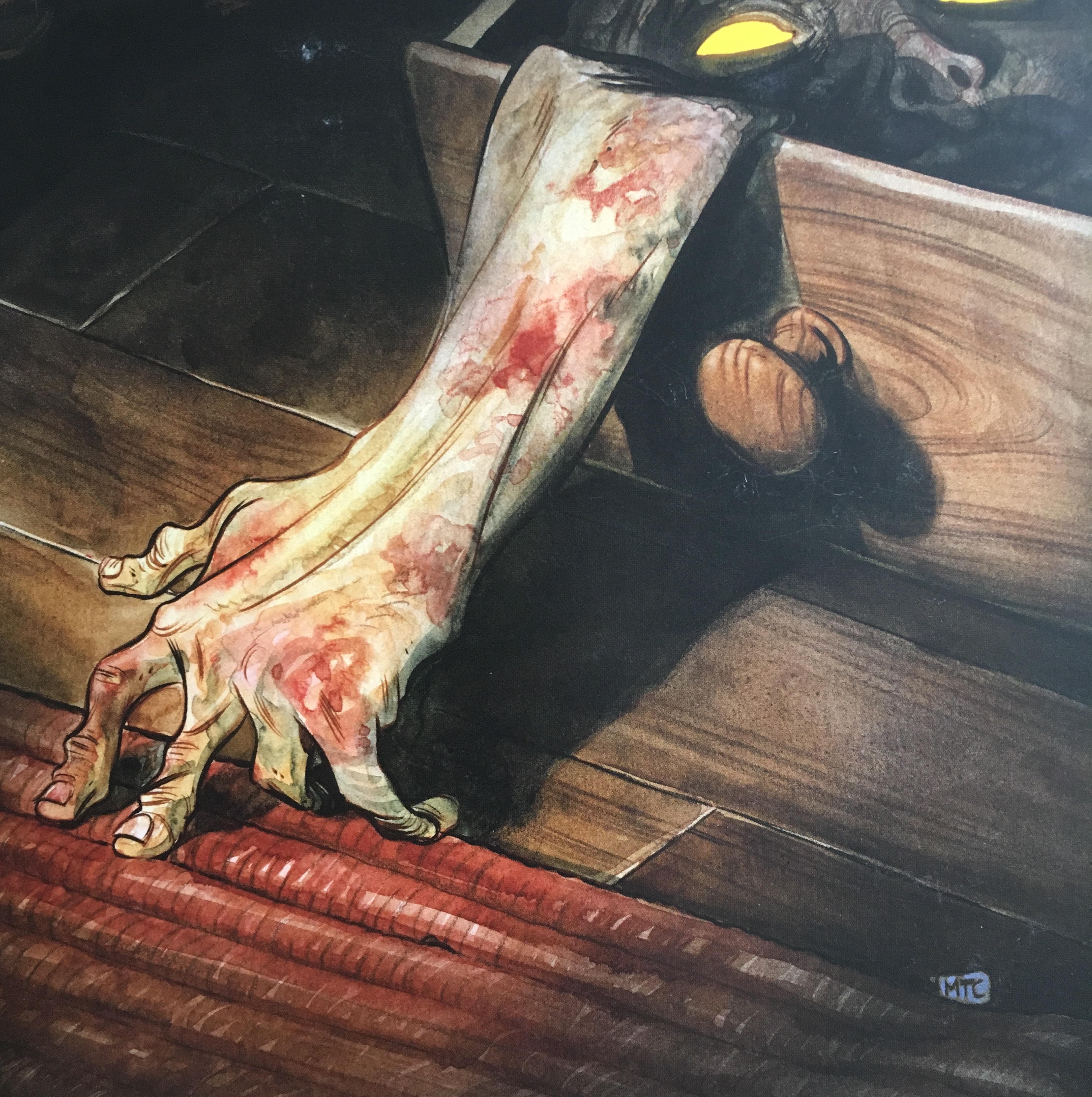 Comics and Cougars: An Interview with Cullen Bunn

I recently had the pleasure of engaging in conversation with Mr. Cullen Bunn,… 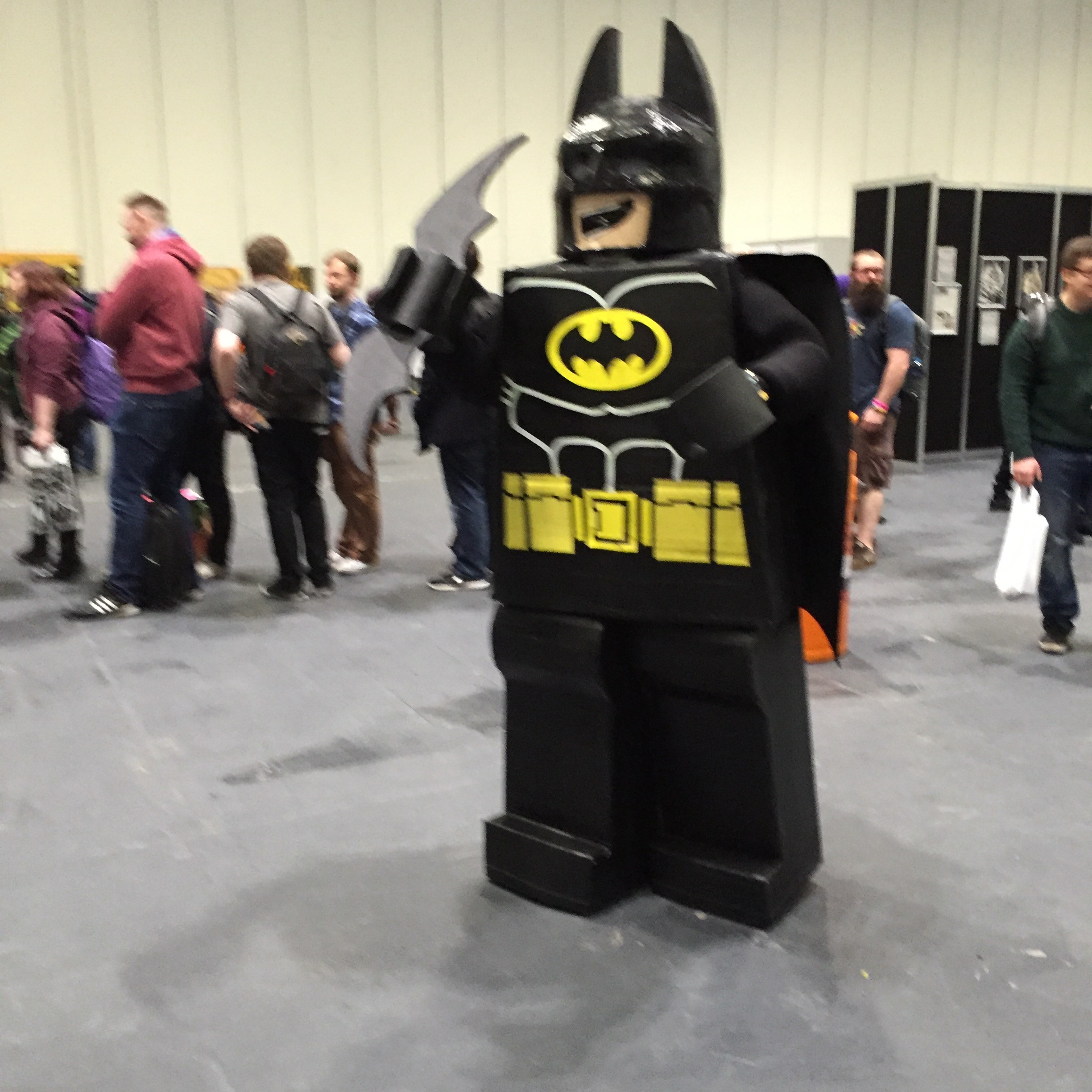 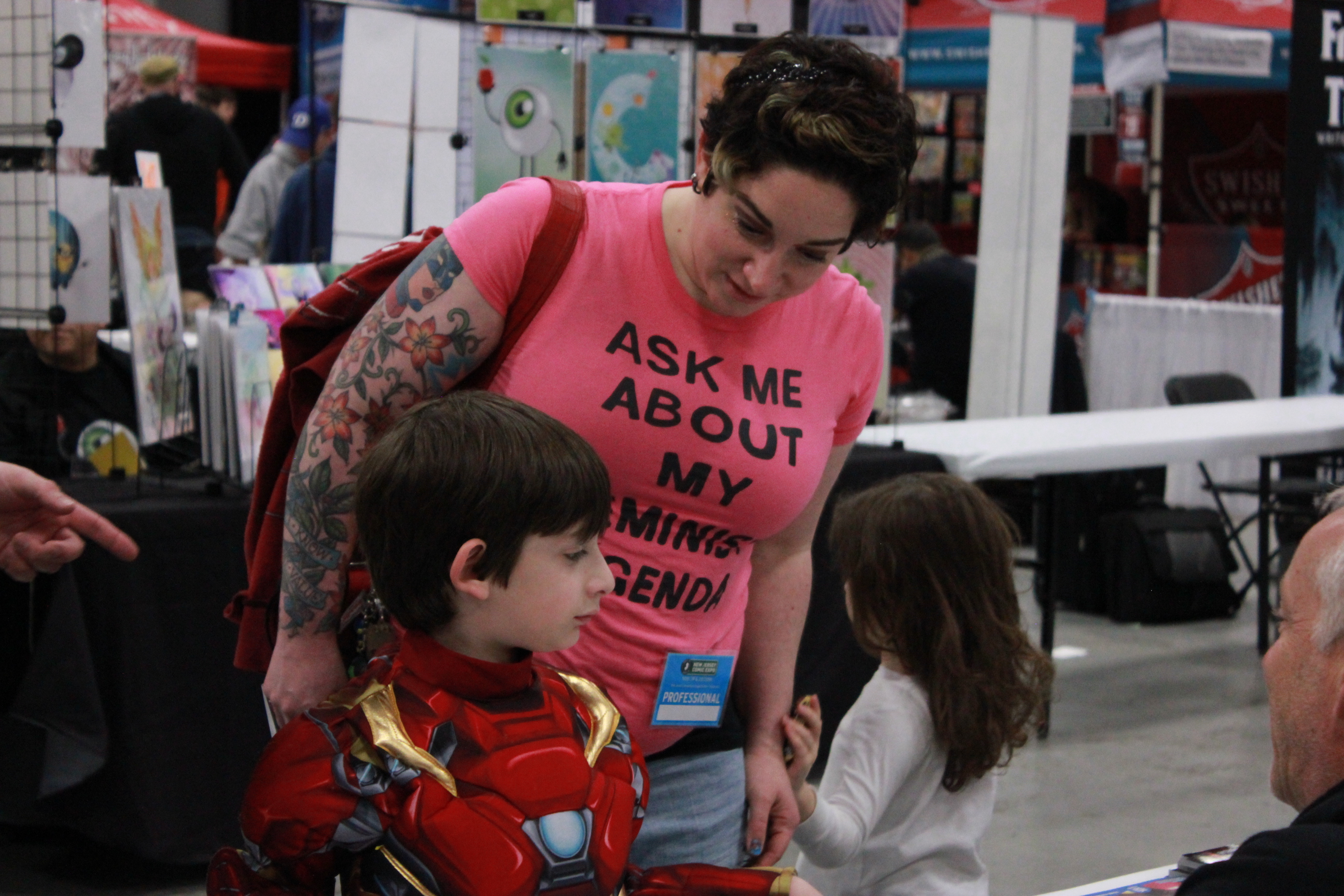 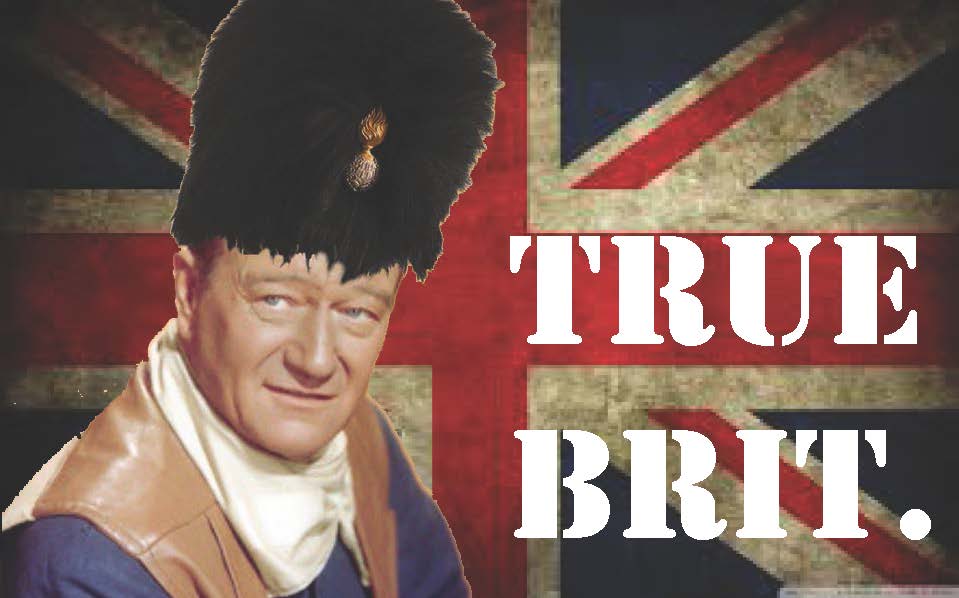 Ladies and gentleman, boys and girls; welcome to True Brit, a look at comics… 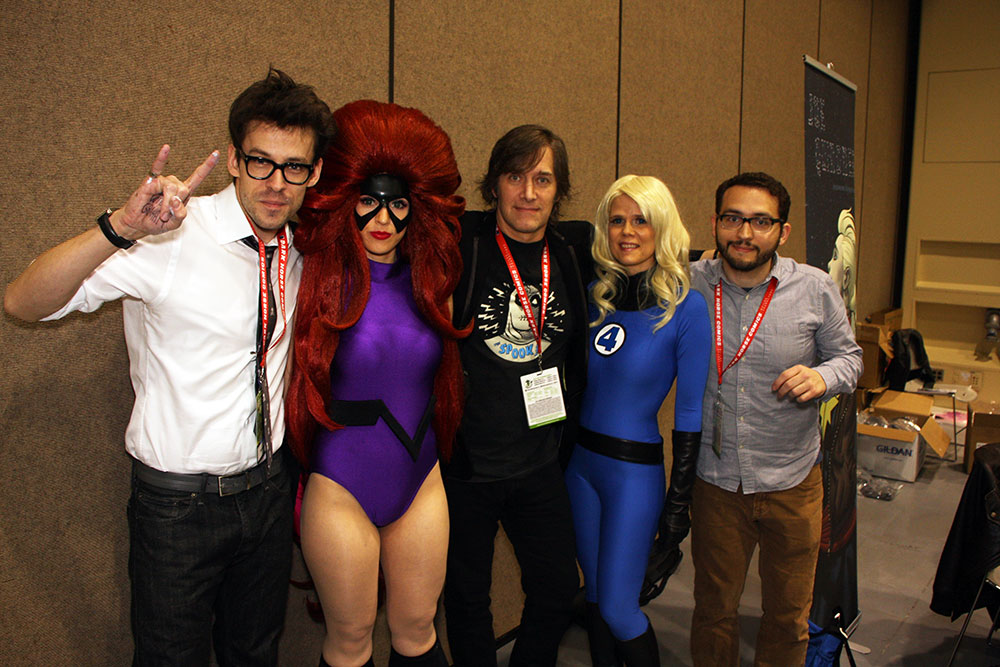