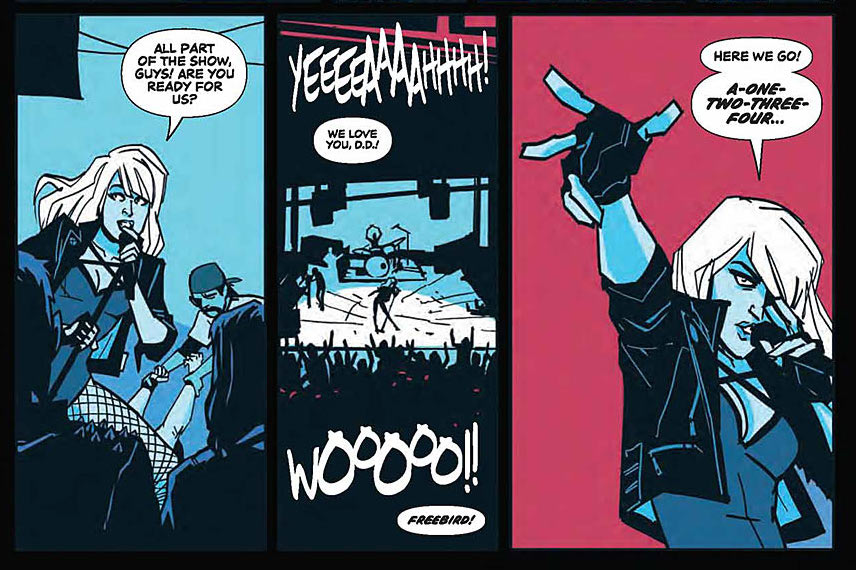 In a sentence Kicking and Screaming is Dinah or “D.D.” as the front woman for the band Black Canary. Its pretty rad, I wish this comic came with Black Canary’s EP. Seeing this band stick together and perform show after show While being faced with an unknown adversary is inspiring.

Lets break it down – Dinah is approached by a record label be be the singer & front woman of a band and offered an obscene amount of money to record an album and do one tour with this band. The label doesn’t bat an eye when she requests to rename the band Black Canary; enter band mates Lord Byron drummer, Paloma Terrific keyboardist / DJ, and Ditto the mysteriously mute guitarist. With each chapter of this book they play a show and in between they are on he tour bus or rehearsing – this is really a comic about a band with the superhero stuff really taking a backseat. The focus isn’t the enemy or the city but the band coming together as a team, a family to help each other be better on stage and to protect each other. 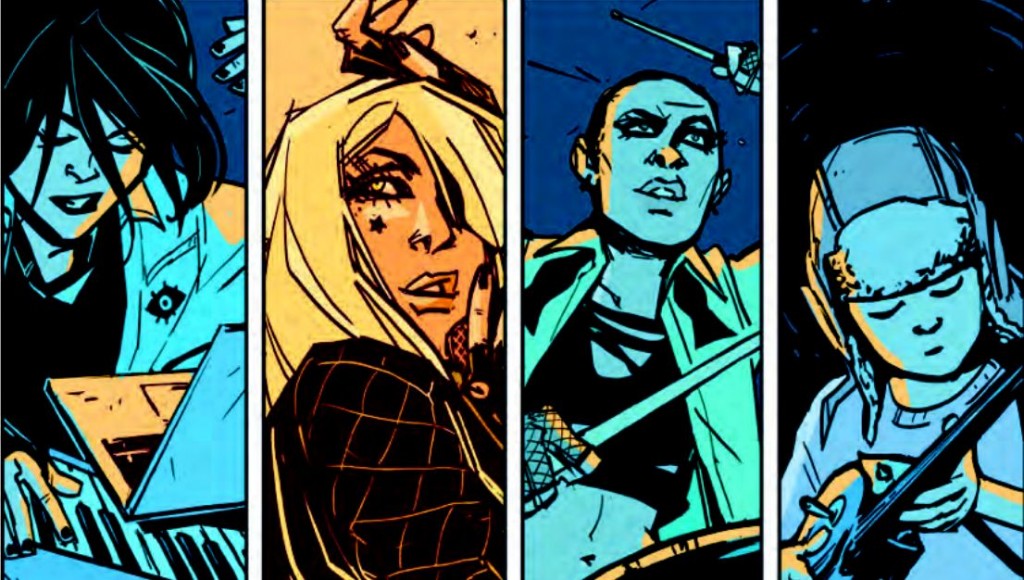 At first it makes “D.D.” seem like a brawler who trashes every venue they play at but quickly the comic shows Ditto to be under threat and Canary trains in combat under Dinah. As the issues continue they unravel the back story of the former band under the original singer Bo Maeve, Ditto’s origin and some of what D.D. is bottling up.  culminating in an epic concert / battle crashed by Amanda Waller – this comic packs a punch! I really dig Annie Wu’s art in this book the generous inks really lend to the feeling of music -electric, raw, and loud. It is unfortunate that Guerra’s pages seem tame in comparison because her work in Y: the Last Man really stood out. This comic really made me think of sound; while the fight scenes were unfolding I felt the tempo in the way my eyes moved from panel to panel through the page. 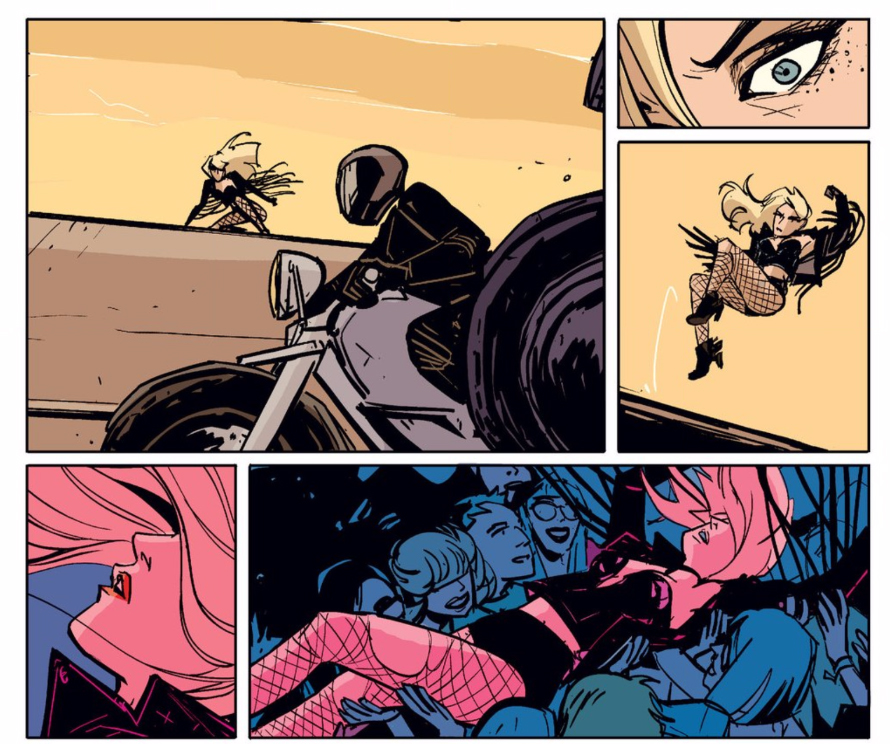 I definitely recommend Black Canary to contemporary comics readers and indie music fans. This book embraces the journey of a band and themes of teamwork and fighting for your dreams are really at the forefront. It skips a lot of the new 52 BS drama except the inclusion of Kurt Lance, which I can only guess is post-convergence drama (don’t read much new 52 / convergence). Also as someone who has not read much of Black Canary comics in the past but is familiar with her animated JLU cannon and the character of the CW shows – it was easy to jump in to this comic and not feel like I am missing much back story or history (that is brought up in his book).