Guide to Fanfiction: My Experience
By Hafsa Alkhudairi
Edited by Nikki Alfaro

When I first embrace the fandom life, fanfiction was never on my radar but an unfortunate incident turned me to it. Imagine teenage me, sitting in front of a computer, wearing black, tears running down my face, and the fifth Harry Potter book cast aside. I was searching for any fan theory that could prove that Sirius Black was not dead. I was desperate and my desperation helped me stumble onto the realm of fanfiction. I concentrated mostly on the Marauders’ adventures and stories of how they ALL survived (except at the time no one knew about Remus). It helped me get over my depression and gave me relief for a while. It also pushed me to search for more stories in different fandoms to explore and enjoy.

At that more or less innocent age, I was confused about who I was and how volatile my reactions were. Fanfiction (with the help of the website in that name) helped me reorganize my understanding of my life that for someone who was unsure of her place in society. Fanfiction taught me that there are different emotional responses and that you have the right to feel the way you do but you are still responsible for your reactions. The fanfiction stories taught me that sometimes family can be toxic and sometimes they can be a refuge from the rest of society. Fanfiction showed me there is so many ways to live and that they way I lived isn’t wrong or right! It also helped me reject the box society put me in and work harder to be educated and be more worldly. I grew into myself without or (to be more accurate) with less fear of prosecution or judgement.

I continued exploring until I found Anne Rice’s attitude towards fanfiction, where she claimed “It upsets me terribly to even think about fan fiction with my characters. She has since changed her ideas about it by saying “so live and let live”.  Her initial statements made me feel that the authors were right and that I should not enjoy my characters outside of the creator’s imagination. So with that, I stopped for a while until I realized that the only way I can get more of the characters I missed or see my favourite couples get together is through fanfiction.

Some people would consider fanfiction as an abomination to creativity and a rejection of original work. There is happiness, acceptance, diversity, and abominations to be found in this medium that can be limited in actual published works unless you self-publish. I found a passion and a connectivity that I would have missed otherwise.

My reintroduction happened when I got mad at Sherlock’s season 2 ending. I was crying, heart-broken, and I initially refused to finish the episode. (Imagine MY surprise when I finally convinced myself to do so. Yes, I read the books. No, I did not make the connection). I went to the Internet for help and found Archive of Our Own. I followed that White Rabbit down the rabbit hole and I’ve been in Wonderland ever since. Reading fandom created pieces is amazing. They explore characters that are only brushed upon. They throw characters into different contexts called Alternative Universes. Characters would stay true to their portrayals in the canon but they would be in contexts that seems farfetched like Coffee Shop AU, High School AU, or Gender Swap AU.  Admitting that there are many badly written ones that I still read, these stories provide an intense sense of happiness and satisfaction. Fanfiction definitely increased my passion about my different fandoms. I realized that the ones that I am most obsessed with are the ones that I read fanfiction for.

During this part of my life, I delved more into the romantic side of fandom. Fanfiction has a way to explore different types of relationships in whatever capacity they appear. It showed me that people have different levels of attraction and that my experiences are shared. But it doesn’t stop there, relationships don’t have to be romantic or sexual in nature and if it were, there are different types of romance. Bickering could be a form of romance as much as a candlelit dinner. Fanfiction could be a cesspool of ignorant writing and poor grammar. However, it also could be a liberating expression of sexuality, adventure, emotions, abuse, and experience.

For fanfiction nay-sayers, I would like for you to look at your favourite TV show or comic and consider that this could be a variation of an original story. This means that many of the stories are interpretations of another one and that it is what fanfiction is. For example, anything involving the X-Men after the original comic run by Stan Lee and Jack Kirby could be considered a type of fanfiction. Even if it is cannon and published. Fanfiction is an amazing ode to the creators and an expression of love. Even if you don’t appreciate it, accept it as a beautiful piece of creativity and fan experience. 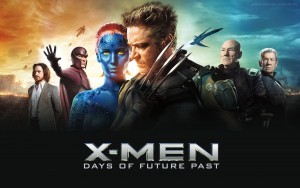