Mystery boxes are everywhere at the moment and I have succumbed to one or two.. or four (actually it’s three I’ve just counted and of course there are many companies who do them (change that back to four I just remembered one). There are companies such as funko.com who do mystery minis, their contents are slightly more diverse and are themes such as Horror and Anime (they have just released Mystery Minis Anime Series 2 which I cannot wait to buy and review and unbox for you guys) but there are other companies create mystery boxes on  very specific subjects, which is what I shall be unboxing today!

(For those of you who are not in the know I tend to do most of my unboxing on my Snapchat (rhidixonblog, I mean, where else would it be?) but of course until I suck it up and become a vlogger you’ll have to make to do with photography stills so bare with me….)

Titans Vinyl Figures have bought out mystery boxes focusing entirely on the Alien franchise. Alien is a cult classic film directed by James Cameron and has big names stars such as Sigourney Weaver and John Hurt. The film takes place on the commercial vessel Nostromo which receives a distress call from an unexplored planet. They search the planet etc etc.. after searching for survivors, the crew heads home only to realise a deadly bioform has joined them (and attached itself to one of their faces). I love Alien, it’s an amazing film and Dan also loves it too!! I bought this mystery box to see if I could get Big Chap to join Dan’s Predator Vinyl Figure. 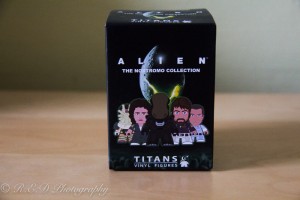 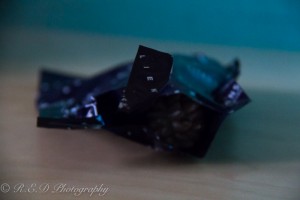 The mystery box is called ‘Alien TITANS: Th Nostromo Collection and features the entire crew of the USCSS Nostromo in a 12 piece set, including Big Chap which of course is the Xenomorph. From the very secretive Science Officer Ash, to kane (awh poor Kane), to the Queen of the moment Ellen Ripley, every member is featured in the 3’ which has a blind box format, which means once you open the box you have to open a black bag which is what you usually get with any mystery box. What is also featured is every stage of the evolutionary cycle of the eponymous creature: from egg to Facehugger (don’t get it? Watch the film!), to chestburster and then final Alien form. 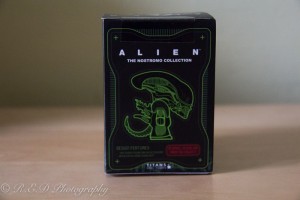 What I absolutely love about this particular mystery box is the box itself. The graphics on the back of the box is so cool. Such an awesome profile of ‘Big Chap’ in vinyl form. On the bottom left hand side of the box it states ‘Design features…not every figure has an accessory….articulated head movement,’ which is a great design feature for any Vinyl figure.

With every mystery box you get you have a certain of getting the figure you want. You will also get figures with a ‘?’ placed in front of their image, this means it’s a rare figure to get and of course it’ll be something special such as it might glow in the dark, might have a certain costume or it’s a popular character so you less likely to have it. The figures that I really wanted was ‘Big Chap’ which I had 1/40 chance of getting and Lambert which was 1/20 chance. 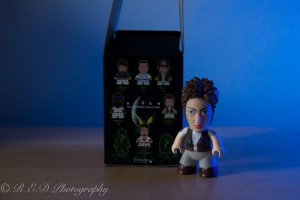 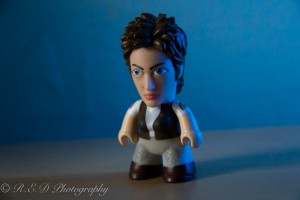 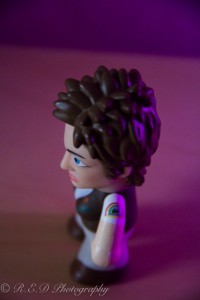 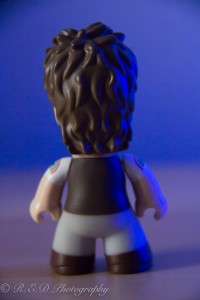 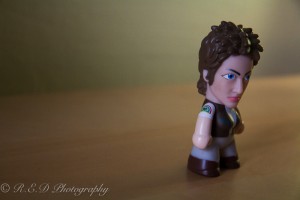 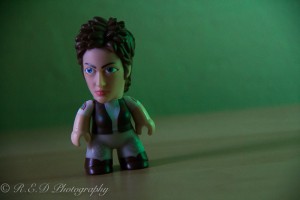 LAMBERT!! Very happy with my little Vinyl. From the costume to her hair, she looks absolutely perfect!! Would I buy another one? I might do, so far I have been very lucky with my mystery boxes (more to come, trust me) so yeah I would definitely invest in another to see how lucky I am!

You can buy Alien Titans: The Nostromo Collection here