Daddy Daughter Days: An Incredible Time with The Incredibles
By Joe DellaPenna 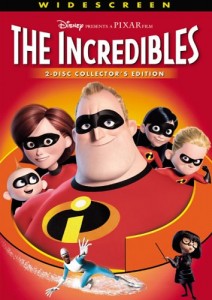 Ah, The Incredibles. What can I say about this film? For me, this is still the best Fantastic Four movie that has ever been made. It perfectly encapsulates that family dynamic that the FF should have and has been shown through the years in the comic books. The fact that it was made in 2004 which predates Marvel’s acquisition by Disney makes me long for a Marvel Studios Fantastic Four. As a comic fan it also amazes me that this  movie basically did a version of the Superhero Registration act before the Marvel Civil War event. But this is a twelve year old movie that resonated with me back then and 03the real question is does it resonate with my kids?

The answer is a resounding hell yes. For a movie that is over a decade old, it is constantly finding its way into the player at the hands of my daughters. Now I know I compared it to the Fantastic Four, but that’s only because this is a fantastic movie all around and has a very timeless quality about it. At its core, this a movie about a family and what it means to have one. It’s about the differences people have and how that sets them apart. It’s also an interesting look at the old comic book trope of the team forming together. While they are a family from the very start, they are not necessarily unified until the big action sequences towards the end. 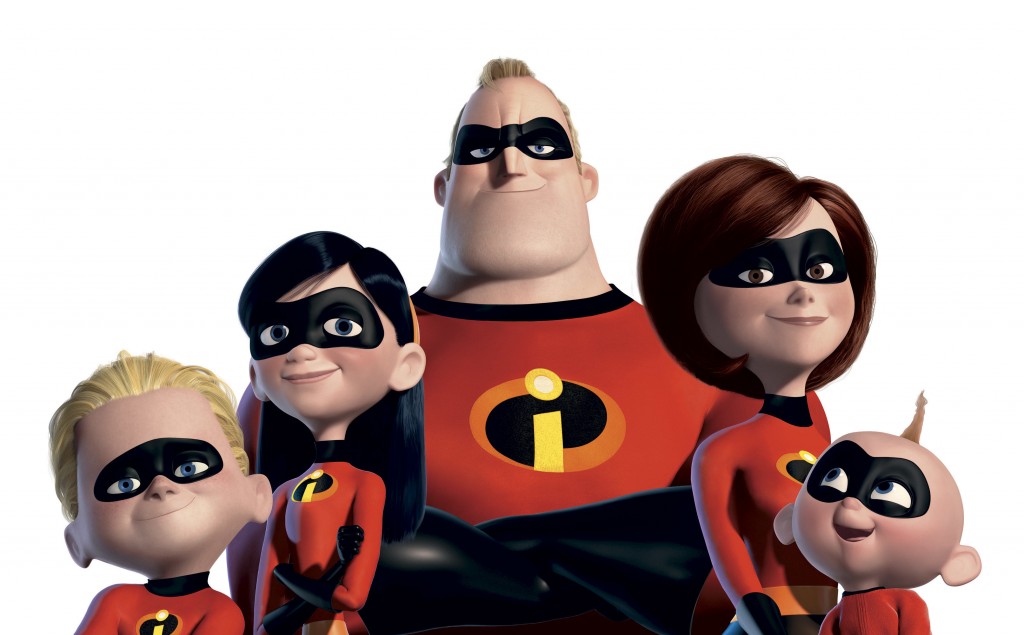 So why do my daughters love this film? Well a big reason for that is Violet, the daughter of Mr. Incredible (vain much) and Elastigirl (love my stretchy characters). Violet is really a nice way to ween your daughters off of the typical princess or damsel in distress characters for a number of reasons. First, there’s the fact that she has what I think is the most powerful and versatile power in the movie. Think back or even go watch the movie and check out how many times she either saves her whole family or the individual members. Go on count. Just by memory I can think of four different times. Another reason she works so well is that in the course of one movie we get to see her journey and how much she changes by the end of the film.

And really the journey for all of these characters is what makes the movie great. Sticking with Violet, we get to see this girl who never had the chance to be a super hero like her parents, but has these frustrations of being forced to hide her powers. The movie does a wonderful job of making you see that she feels like this outsider in the beginning but gradually grows into this confident, self assured character who finally fits in with her family and her peers. Then there’s Dash and his personal journey as the child of two supers who is so frustrated with hiding who he is that he acts out at school through clever use of his powers. As his story progresses, the viewer gets to see the pure joy he experiences in being allowed to be himself. Whether it’s the excitement of his mother giving him permission to run as fast as he can or that little laugh he gives as he discovers he can run on water. As these two characters finally come into their own, their relationship becomes less antagonistic than it was in the beginning. They start to save each other, respect each other, and work together. At this point, this father can point and say, “Hey kids, pay attention.” 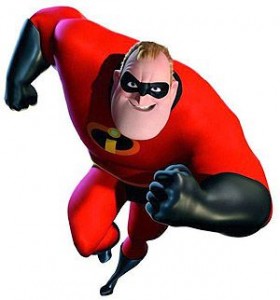 The parents are also suffering from their own problems. Bob, Mr. Incredible himself, longs for the old days of adventure. This strains his relationship with his wife and leaves them both in a place where they are unhappy. Things only start to get better when he begins super hero work for the villains, which is shown in a wonderful montage (everybody needs a montage). Despite being called Mr. Incredible, he is not a very good father or husband for most of the movie. It is only after he realizes his actions could have cost his family that he utters one of the most beautiful lines in the movie. In a moment where they are all trapped, he apologizes for all he’s done and says, “You are my greatest adventure.” From time to time on this column I’ve referred to this as a journey through parenting. Like any great adventure, there are amazing moments and terrifying moments, but I couldn’t imagine a day where I didn’t wake up and dive into this continuous adventure.

Helen, or Elastigirl, may be our super stretchy, rubber heroine, but she is truly the strong backbone of this family. She has spent years dedicating herself to her family and not dwelling on the past, but when the chips are down, she leads a daring rescue and proves how strong she is. Without her actions, this family wouldn’t make it. When she dons the super suit, she leads her kids to find Bob, and ends up initiating the action that finally forms The Incredibles team. These actions not only save the world, but they save her family. Here’s another strong character that my daughters can look to and emulate. She is an incredible role model and they love her scenes.

Finally, my daughters love this film because it is just plain fun. It may be a nice joke for comic book fans, but my daughters love the scene with the capes and how it comes back to play a part at the end. They find Edna Mode to be hilarious and love the scenes with the little boy who lives next door. They also think that Frozone and the way he uses his powers is cool (no pun intended). However, if there is one thing that they think is the funniest part is little baby Jack Jack. The seemingly normal one in the family ends up defeating the bad guy and that’s great, but the bonus feature that came with my DVD copy is a must watch after every viewing. They love seeing the Jack Jack Attach short and how poor Kari, the babysitter, suffers through watching a super baby.

This movie is packed full of awesome. My kids love it because it is a movie that resonates with all ages. My kids’ grandparents even enjoy watching it with them. It is wholesome family fun and is a must for any family movie collection. When I first saw this movie, I was single and in my twenties. I enjoyed it then and I enjoy it now. The only thing that has changed is how much I love to see the looks on my daughters’ faces as they watch it. And we all look forward to the sequel. As I said the adventure continues and it is still my greatest adventure.