Wacky Races is one of those distinct Hannah Barbera shows of my younger days (along with Johnny Bravo and of course The Flintstones). I was lucky enough to receive my favourite character in Funko Pop forn for Valentine’s Day.

Wacky Races (or Wacky Racers to some) is an American animated Television Series from Hannah Barbera which first aired in 1968. It followed a group of 11 different drivers racing a car against one another in various road rallies with each driver and team hoping to win the title of the ‘World’s Wackiest Racer’. The animation series boasts 24 main characters whose main stars were portrayed as Villains rather than heroes. 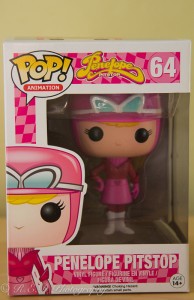 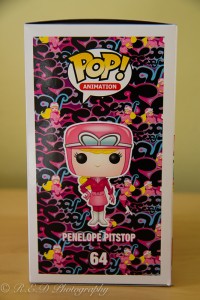 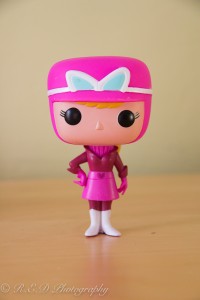 The show centres around the efforts of the main villains Dick Dastardly and his canine sidekick Muttley. Dastardly would always come up with schemes to ruins the other racers chances, such as trap them, divert them from the rallies or blow them up, all of which would backfire on him spectacularly. Like most cartoons it comes with a moral, or just one in the case of wacky racers. The lesson was that Dastardly could’ve easily won several of the races (especially since The Mean Machine would always zoom out in front) if he kept his mind on the race instead of hid dastardly tricks. 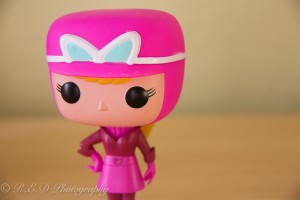 Penelope Pitstop is the only female driver and of course drives a pink, overly feminine car complete with personal grooming facilities that would occasionally backfire on other racers.  Her car was basically a grooming salon so she would always find time to relax. One of the other characters Peter Perfect had a crush on her, whose feelings she reciprocated. He would always help her with the races. Unlike other characters, Penelope’s car, The Compact Pussycat rarely was targeted by other racers. Penelope went on to have her own show, The Perils of Penelope Pitstop.

The Penelope Pitstop Funko Pop comes under my favourite female characters category with my Funko Pop collection. Her costume looks perfect, from her driving gloves to her driving glasses, to the heart shape belt buckle, they haven’t missed out anything!! My personal favourite feature is the helmet and the glasses (fun fact in the actual cartoons her glasses and round while in drawings their given the kitten look. 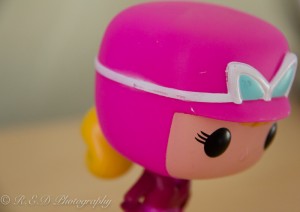 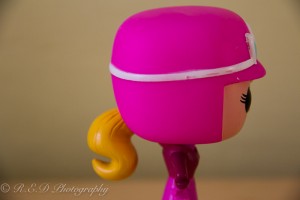 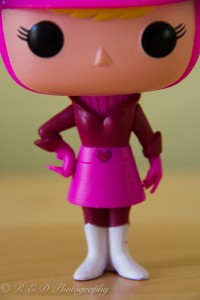 In terms of paintwork everything looks great. Her hat has a slight bit of pink markings but nothing to major and a little spot on her shoe. Looking closely at her glasses it’s safe to say that one lens is much much bigger than the other but I didn’t even notice until I properly scanned her over. The big problem I have with Miss Pitstop is the fact she cannot stand up. I have found with many of my Funko Pops they have some trouble standing, especially the Pops that have two separate feet, luckily by turning her head over to her left shoulder she just about stands upright. 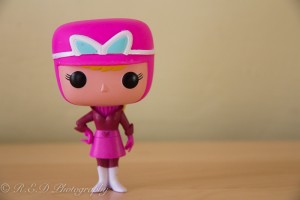 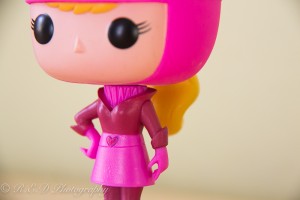 If Penelope isn’t your cup of tea then there are many other Wacky Races Pops to choose from such as;