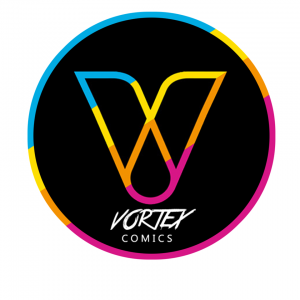 For those getting to know you for the first time, can you tell us a little about yourself, what you do and what Vortex is about?
I’m an insatiable creative consumer. My name is Somto Ajuluchukwu, graduated Economics at Crawford University, lived in Lagos most of my life, and I’m a proud citizen of Nigeria. I’m a writer and Entrepreneur, my love for art and technology have driven me to found 2 companies, NOW & Vortex and look towards more innovative ways to present and use creative content.

Currently I’m Founder & CEO of Vortex Inc., a creative content company, keen on exporting African culture and values through quality comics and animation, Vortex was founded in 2013 but Kick started operation in December 2014 with animated short series Town Crier, published our first comic in June 2015, and we have published six comics since then.

Vortex is a large well of creativity with a vision to express African stories through various forms of digital media, from games to movies and even holographic experience, but still at the heart holds the culture and tradition of an art company also focused on growing community and expressing illustrated and sequential art from Nigeria on an international scale.

Can you share a little bit about the comics/characters from Vortex, your team and upcoming projects?
Vortex is currently at that place where we are taking careful steps in growing an active community and solid fan base, we are also trying not to burn out, reason why we started a digital art program at BIS, Dowen College and Grange School called the Vortex Academy here we get to teach young kids Animation, Illustration and other creative art inclined skills, it’s important to us that we create a consumer chain and art that when people look at along side the Marvels and DC’s of this world they see no difference.

Since June 2015, when we published Mumu Juju Gist #1 we have published six comics, we have over 12 signed titles from across Africa and the US. Having about 20 characters, but because we are easing into the scene, feeding our growing audience too much would do us more harm than good, so we have decided to start with a focus on three comics (with auxiliary short animated content) and one fully animated series. 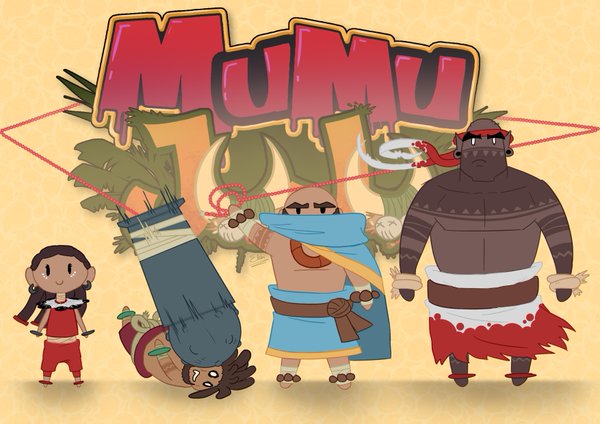 When did you create this site and what was the purpose/the objectives you had in mind when you launched it? What has the response been like to your comics?
We launched vortex247.com on October 15th, 2015, before then we had been running a comic and digital arts blog and managed to create a community traffic, so on launching the content portal (www.vortex247.com) we could re-direct a volume of traffic from the get go.

Control: The purpose and objective of the site which we Nicknamed (Ragnorak II) was to have a portal where our followers could access our content easily and at a regulated price saving our loyal fans the stress of turning the web upside down and shaking vigorously to find that one Vortex title. On the Ragnorak all things vortex you’re looking for be it, comic, cartoon or merchandise is all in one place and tidy.

Experience: We wanted a seamless experience for our users one that was unique and most importantly a personal relationship with Vortex Followers, it’s important to us that we know where they are, which comics they love the most and all the tiniest details about each user so we know exactly how they feel about our stories and quality, we incorporated features such as favorite and reviews so people can share between themselves their favorite vortex comic books and toons, on our next update we also want to have a unique subscription system so our followers know when their favorite comics are out and can even pay ahead of time a subsidized rate.

Direction: Having vortex247.com as the central hub for all our content was important so we hand full control over the direction the content tilts towards as the future unfolds we want to have a reader that translates all our comics to local languages,Making creative content for Africans by Africans. 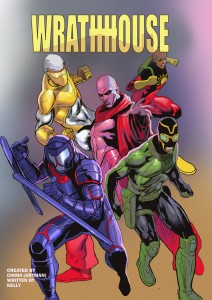 Who makes up Vortex?
Vortex is a huge team, we have crossed the paths and worked with almost every known and upcoming illustrator / colourist in the Nigerian creative pool and are even stretching outside the country as we want comic lovers abroad to see creatives the love on Vortex titles, the industry here in Nigeria has shown us nothing but pure love and support.

We run a creator Model, kinda like IMAGE COMICS (I served as an intern there for a short while) and was deeply inspired seeing that as a parallel model for a comic production company to thrive here. However we don’t go for the huge mass of content like image does, we work with a few creators a freelance network to support production.
Our core creators currently are; Etubi Onucheyo (Mumu Juju), Ibrahim Ganiyu (June XII, Dark Edge), Ayodele Elegba (Strike Guard), Chima Kalu (Wrath House), Victor Nzerigbe (Black City) and a few others.

We are all workaholics, unshaven and have poor sleeping patterns with only one goal in mind:

How do people find out more about you and what Vortex Comics is doing?
There’s no better feeling than getting to work in the morning looking at the chart and realizing that we have made sales, please support our comics here

For business enquiries and anything you might want to ask, send us an email, you’re guaranteed to get a response in at most an hour.