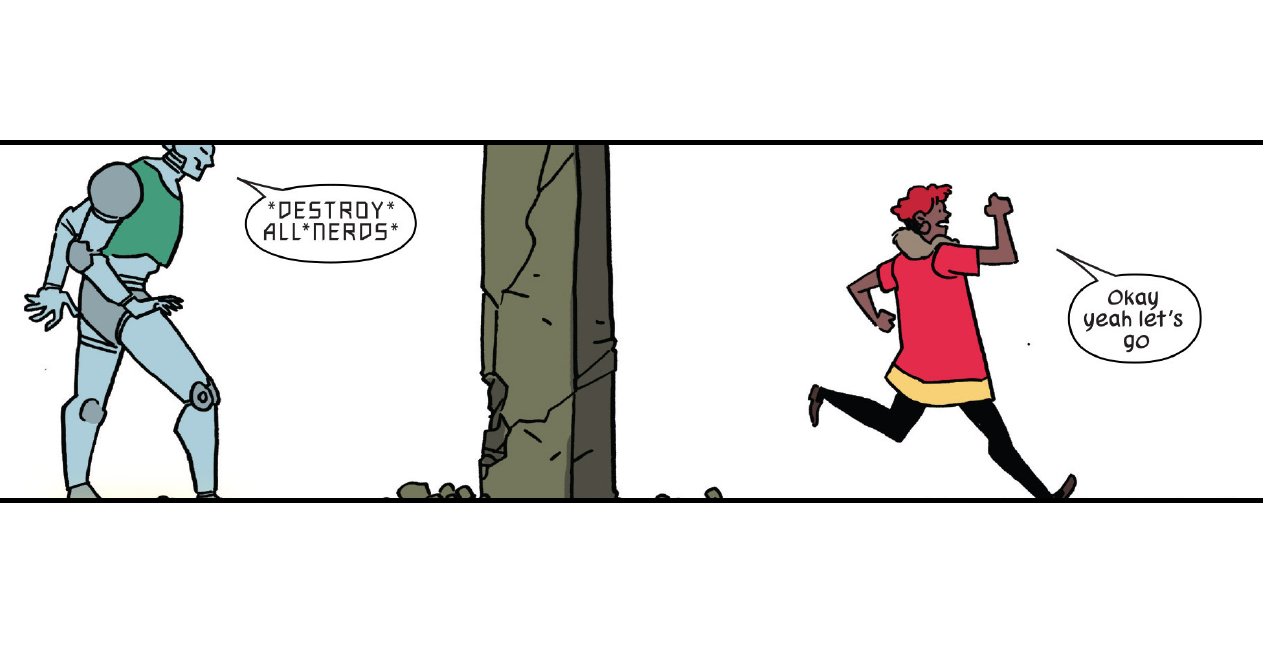 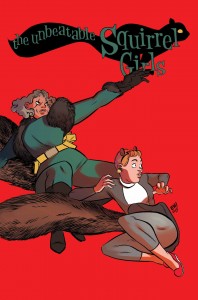 The Unbeatable Squirrel Girl is great! I need to say that to get the tone set right away, because this paragraph below could be taken as a serious case of the grumps if read in a grumpy inner voice! So this review is a positive one, I’d just like to start with a heads up for anyone looking to begin their adventure through this series (this heads up applies to really any comic series, but I learned my lesson here): look into how many issues there are.

With The Unbeatable Squirrel Girl there were eight issues published from January to August 2015 before a quick reboot in October. It’s still the same creative team, but the numbers on the comics roll back to one as Squirrel Girl gets a revamped title within the Marvel universe. Meaning that up to the point where we are now–issue number five in the reboot–there are five other issues titled The Unbeatable Squirrel Girl that are, in fact, not the issues you’re looking for to catch up on the story to this number five!

There was about an hour and a half of my afternoon spent in complete confusion as to why the storylines didn’t seem to be the same from issue to issue. It was rough. And a little embarrassing to admit in this review. But my lesson was learned and I’m happy to share the experience to help out anyone else looking to give this series a shot.

To take you back to the very first thing I said, The Unbeatable Squirrel Girl is great! Definitely give this series a shot!

Issue five is the wrap up of a four issue arc involving Doctor Doom, the 1960s, Old Lady Squirrel Girl, and time travel. As if the presence of Old Lady Squirrel Girl wasn’t a hint that some paradoxical time/space shenanigans would be present! The whole arc is a highly enjoyable romp through the fantastical and the ending in issue five is a satisfying wrap-up, something not always possible when the story is filled with mind-boggling time travel anomalies.

The story, as it’s been since issue one (that’s issue one from January, not issue one from October… although also that issue, because the point of this was to talk about all issues), is bubbly and fun. Writer Ryan North knows his source material is ridiculous and he runs with it: no one wants a gritty, tragic storyline for the partially squirrel-blooded heroine after all. True to North’s style there’s a small bit of commentary at the bottom of most pages; a delight to see roll over from his Adventure Time comics. Another delight? Most of Squirrel Girl’s conflicts end with eloquent speeches and not just whamming people in the face. A true surprise in the superhero genre! Don’t get me wrong, there’s still butt-kicking, Squirrel Girl just offers other problem solving options besides that! She’s a physically strong female character but also emotionally strong and that’s so refreshing to see as a female reader.

The art throughout is adorable. The facial expressions and body language are both highly expressive and the series has a charming hand drawn, doodly quality, which I absolutely adore. Without bogging it down in fine details the piece is given energy and joy and freedom. It’s got less polished sparkle than some titles but it has more heart because of it.

Verdict
Buy it! Buy the whole dang Unbeatable Squirrel Girl series! To quote North: “If you are in the market for a comic that features second-year computer science students and rhyming animal names, then friend, you have come to the right friggin’ place!” If you’re looking for less oddly specific reasons to go nuts over Squirrel Girl, it’s got plenty. Do it for the humour. Do it for the strong female and POC representation. Do it for North’s charming writing and Henderson’s delightful art. Do it for the Squirrel-A-Gig. Do it to occasionally hear about Cat-Thor fanfiction. Do it to eat nuts and kick butt! But for the love of squirrels, be sure you have your issues in order!