This month, 30 years ago a little anime aired on FujiTV that would become one of the most popular anime’s of all time. With four anime series, a live action film (utter crap, don’t watch it), an abridged series, and nineteen anime feature films and along with endless line of merchandise, Dragon Ball is still going strong and still remains a hit among young adults, (some of us use it as training material for the gym). Welcome to your dirty thirties Dragon Ball!!

Since it’s technically supposed to be Funko Friday from me, here are the Funko Pops you can purchase of your favourite DBZ characters.

Mr Piccolo
Look how cute Mr Piccolo looks?! Piccolo first appears in Dragon Ball as the reincarnation of King Piccolo. According to the Grand Elder Guru, Piccolo, Kami and King Piccolo are part of the Dragon Clan who originally created the Dragon Balls. At the beginning, Mr Piccolo was an enemy of Goku, he kidnapped Gohan too. After some time, he becomes a permanent member of the Z fighters, due to his close bond with Gohan who he trains for the impending arrival of our next character. 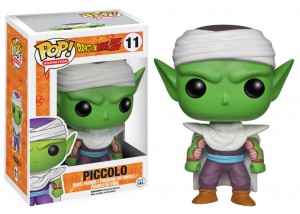 Vegeta
Vegeta is, without a doubt my FAVOURITE character in the DBZ Universe. No one does gains like Vegeta does gains!! Prince Vegeta is the Prince of the Saiyan race and is Goku’s arch rival. He is the eldest son of King Vegeta and the father of Trunks. Along with Goku, Gohan and Piccolo, he is one of the most important characters in the series showing the most character development in the whole show. His characters begins as a villain who soon turns into an anti-hero and becomes one of the main protagonist throughout the course of the series. The prideful Vegeta was a cold-blooded warrior and killer, killing his partner Nappa too. He eventually leaves the Frieza Force and remains on Earth fighting alongside the Z fighters while trying to surpass Goku and become one of the most powerful warrior in the Universe. 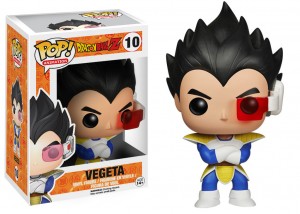 Perfect Cell
Cell is the creation of Dr Gero and comes from a future timeline. He returns to the past to absorb his brother and sister, Android 17 and Android 18 and obtain true perfection. Perfect Cell is designed to possess the abilities of all the greatest fighters to ever been on Earth, in summary he is designed to be the ‘perfect warrior’, possessing the best traits and genetics of the z warriors, for example Piccolo’s trait to heal and regenerate wounds. 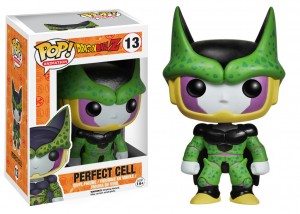 Super Saiyan Goku
Goku, born Kakarot, is the main character of Dragon Ball and Dragon Ball Z. Happy, positive and slightly dumb, Goku is the husband of Chi-chi and father of Gohan and Goten. Goku is a Saiyan sent to Earth as a baby with the mission to destroy it, however due to an accident he instead becomes the Earth’s greatest defender, as well as the leader of the Z fighters. He first turns Super Saiyan during the Frieza Saga where he witnesses his best friend being killed right in front of him. 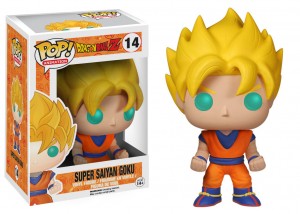 I hope in the future Funko will make at least Trunks or Gohan, it’ll be cool to also have an android 18 funko pop too.

**EDITOR’S NOTE: This is totally an article that was meant to be up on Friday and not Monday (oops on my part), so don’t yell at Rhian and say THE ANNIVERSARY WAS ON FRIDAY cause our girl here was ON THE BALL.