As a father of two daughters, I have seen some pretty horrendous movies. We actually have a collection of Barbie movies that adapt various old fairy-tales and feature Tim Curry as the villain. In. Every. Movie. 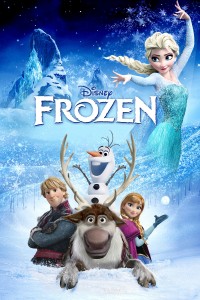 If there’s one thing every generation can bond over however, it would be Disney movies. Say what you want about the Mouse House, they still make quality animations. Sure some people may have had enough of Frozen mania shortly after it came out, but in all honesty they should just let it go (see what I did there). As I write this column, the kids have settled down after a sleepover that started hours ago. This father is thankful for his copy of Frozen that kept the kids entertained and in one place. Well Frozen and a big ole bag of popcorn.

After playing outside and a dinner of corn dogs and pizza rolls, the kids wanted to watch a movie. Suggestions flew fast and were quickly shot down. The one movie that was agreed upon unanimously was Frozen. Bow before its universal appeal all ye other contenders. Cue up the four sleepover children singing Let it Go for five or ten minutes before actually starting the movie. That’s wonderful. That’s magical. And you know what? I don’t have a bad thing to say about this movie. Not a single bad thing.

This is another thing that my daughters and I have found together in our little journey through life. For my two girls this a movie with catchy music, fun characters, and an entertaining story. If my daughters are a barometer for what young girls are looking for in a movie, then having a princess is an important box to check off. For Disney or other movies. What sets this movie apart for me though is just how fully formed these princesses are. Elsa and Anna are two strong character that don’t sit around waiting for a prince to save them. Neither one of them falls into a magical coma. In short, these are characters that little girls can look up to. And I am perfectly fine with that especially since I have seen that terrible Monster High garbage that are peddled to girls. Every episode has boy and fashion obsessed brats that turn my stomach. Yuck.

Tropes. What this movie does above all else is take stereotypes and tropes and turns them on their head. I already mentioned that these two leads take charge of their lives and don’t wait for Prince Charming to ride in to save the day, but it goes far beyond that. The main character Elsa, my daughters’ favorite, doesn’t even think about marriage or finding a prince. In fact, the person she loves most in this film is her sister. Sure her sister falls into the trope of falling in live upon meeting a prince, but she acknowledges later on that she really doesn’t know much about love. And what about the handsome prince? Spoiler alert but he’s a total dick. And I love it. Prince Hans being a bad guy more interested in marrying Anna for wealth and power as opposed to love is one of the best twists I’ve seen in a Disney film. And come on, his name is Hans. Ever since Hans Gruber from Diehard has there ever been a good guy named Hans? Didn’t think so. And boy do my girls hate him for what he does to Anna.

You can’t really talk about Hans and tropes without giving Kristoff his due as the foil for evil (yes evil) Hans. My girls and I like Kristoff, and honestly what’s not to like. He’s a working class guy which is the complete opposite of the usual prince and he has a reindeer named Sven for a best friend. While he is obviously the more heroic of the two main males in the film, he helps Anna find her sister, but is saved a few times in the movie by Anna. For once the male character is used to show the strength and ingenuity of the female lead. In the end, he doesn’t even save the day. In some classic Disney films like Snow White and Sleeping Beauty, the prince rolls in at the end, plants a wet one on the magically comatose lady, and whammo. They lived happily ever after. Not this movie. Another trope bites the dust. 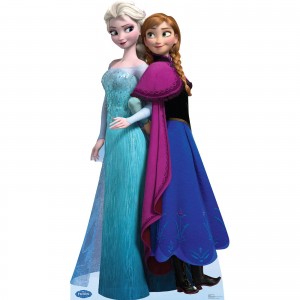 The best thing and I mean the absolute best thing about this movie is that it is about the power of love but not the usual Disney kind. And that’s a beautiful thing. This movie isn’t the usual girl meets boy, falls in love, falls into coma, boy kisses girl, wakes up from coma, instant marriage. No. This is about the true love that doesn’t only exist between lovers. It shows that a pure form of true love exists between these two strong sisters. A strong love that is strengthened by a sacrifice out of love. And at the end of the day, this reminds us all of the true love we have in our own special relationships. Family. The love that siblings have for each other or the love parents have for their kids.

This movie reminds me of why I started this column in the first place. My journey bonding with my daughters since they were born was born out of my love for them. And sometimes watching some of the programs aimed at kids today feels like an act of true love and sacrifice. But not this movie. I sit here with the kids finally asleep at the sleepover. My younger daughter is sleeping on her pillow pet style Olaf. The winter is almost over and I find myself thinking of all the summer activities coming up and doing whatever families do in summer (my shout out to Olaf). Our journey continues and we’ll be seeing this movie many more times to come. For now, I am off to bed but look forward to making my kids some eggs for breakfast in the morning and giving them a big hug and a kiss. Not to wake them from a magical coma. Just to say “I love you”.