The Oscars: 10 of the Worst Best Picture Nominees
By Andrew Rostan

The Oscars are next Sunday! Yaaay! Or…possibly not?

The Academy Awards have definitely bestowed honor on a fair share of stinkers. I went on a sixty-year journey to offer a tribute to human fallibility. These are ten movies that were nominated for Best Picture but fell far short of the standards by which we judge greatness. I had two criteria:

Even then, my research hinted this is an incomplete list if ever there was one. Without further delay, here is my list: 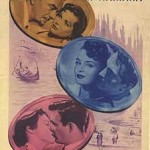 20th Century-Fox pioneered widescreen films in the 1950s and made many lavish productions. This effort would have been considered lightweight then and is dated, silly, and offensive now. Thee main theme is that every action a woman takes, including leaving home and building her own life with her own job and money, is a means to an end of landing a husband. It won an Oscar for Best Cinematography, but a three-minute opening sequence of gorgeous shots of Rome set to Frank Sinatra singing the title song doesn’t make up for unimaginative camera usage and a hilarious, obviously fake truck chase. 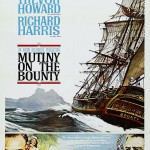 The original 1935 Bounty won Best Picture and is a Hollywood classic. The remake is a mess. It stretches to a bloated three hours and shortchanges some of the most exciting parts of the story. All of it is disjointedly shot and edited. There is a reason for the last point: three directors, including the masterful Sir Carol Reed, went in and out. Instead, Marlon Brando took over, continually changing his acting style and accent to play lead mutineer Fletcher Christian and alienating the entire cast and crew. By that point, MGM had sunk so money into the film they couldn’t shut down production, and it became a disaster. 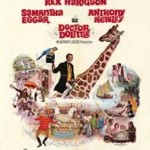 1967 was the year of Bonnie and Clyde, The Graduate, and In the Heat of the Night. It was also the year of this disastrous attempt by Fox to continue the mammoth success of My Fair Lady and The Sound of Music. A lavish musical based on Hugh Lofting’s children’s books was a great idea in theory. In practice, the film had a horrifically drawn-out shoot marred by bad weather, a continuously rewritten and terrible script, unmemorable songs, and laughably bad special effects. Rex Harrison does a poor imitation of his Henry Higgins in the title role. Fox pushed Dolittle to the Oscars with prime rib-and-champagne screenings, but it closed the door on old-school mega-productions out of step with an emerging young talent in Hollywood. 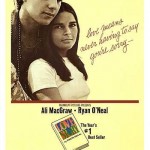 Love Story embraces clichés and substitutes long, frolicking montage and Erich Segal’s corny dialogue for plot, building to an overwrought, ridiculous ending. Ryan O’Neal and Ali MacGraw are embarrassing not because they are bad actors but because they have nothing to do but pose beautifully in a variety of spotlessly designed New York and New England locales. The astonishing thing is that this movie grossed sixty-six times its budget. It was as big a phenomenon as Titanic would be nearly thirty years later. Why is a mystery. 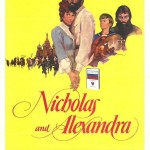 This film, like Dolittle, looked great on paper. The producer behind On the Waterfront and Lawrence of Arabia teamed with newly-minted Best Director winner Franklin J. Schaffner (Patton, Planet of the Apes) for an all-star adaptation of Robert K. Massie’s best-seller about the last days of the czars. What we got is the most plodding 190 minutes. Characters without names or personalities drift in and out. There is no action to speak of. The plot crams in so many minute details that it grows impossible to determine what’s happening. The one bright spot is the out-of-place, hyper-dramatic Rasputin of Tom Baker—three years before he became the Fourth Doctor. 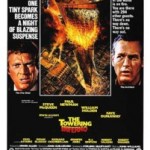 Similar to 1967, this was the year of some of the greatest American films ever made. Chinatown, The Conversation, and The Godfather, Part II were joined by the largest of Irwin Allen’s disaster epics. The visual effects of the world’s tallest building burning to a crisp remain superb, but the story surrounding it consists of monologues on fire safety with a gamut of “privileged white people” problems and an entire plotline of O. J. Simpson rescuing a cat. It also wastes two of the most charismatic people to ever grace film screens, Paul Newman and Steve McQueen, which is a crime against humanity. 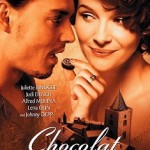 The dawn of independent films made Harvey Weinstein an Oscars power player. This was most apparent when he pushed this film to a Best Picture nomination. Chocolat is appropriately saccharine, layering one all-too-heartwarming moment or cathartic emotional breakdown on top of another, with an overly cute fairy-tale setting and tone, to the point of collapse. A terrific cast, led by Juliette Binoche and Johnny Depp before he started annoying the hell out of us, is stuck in one-note roles. By the time the predictable conclusion rolls around, an audience is either bored or simply cannot take anymore. 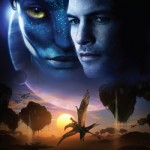 It is the highest-grossing movie ever made. I know no one who is excited for the sequels. I cannot remember the names of any character except one. (Grace, because Sigourney Weaver is terrific.) I can remember an overly simplistic screenplay filled with laughably awful dialogue. I also can remember the plot, but that is only because the plot is so simple a two year-old could have figured it out. Admittedly, James Cameron’s work gave us some of the most revolutionary, outstanding visual effects ever, but if that’s criteria, This is Cinerama would have been a Best Picture nominee, too. (Let alone 2001: A Space Odyssey. Think about that. These films were Best Picture nominees and 2001 was not.) 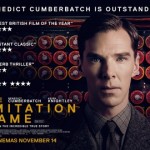 Alan Turing deserved a much better movie. This film feels like it was made by a computer with a rudimentary understanding of cinema. The screenplay is an incompetent mess cutting between three time periods with little reason and continually introducing characters who are treated with importance and then simply disappear from the plot. Moreover, Morten Tyldum is one of the most incompetent directors to ever receive an Oscar nod. He cannot edit, he cannot frame a shot, and whenever he doesn’t know what to do he cuts to unnecessary footage of CGI airplanes. Not even the extremely annoying “here’s what happened after the events of this film” ending gives due acknowledgement to Turing’s homosexuality. Only Benedict Cumberbatch lives up to the subject matter and he alone can’t save the film. 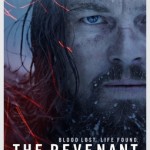 It is a big hit. Emanuel Lubezki delivers the greatest cinematography of his career, which says a lot. But this film is an epic slog toward pointlessness, as the driving theme of revenge and its appropriateness is stupidly undercut in the final five minutes. The characters are ciphers. Half of them speak in unintelligible accents, including walking-symbol-for-the-evils-of-capitalism Tom Hardy. Leonardo DiCaprio spends most of the picture scrambling and grunting like a child playing wilderness adventure. There are two women in the whole movie: one gets fridged and the other suffers onscreen rape. Alejandro Gonzalez Inarritu won’t edit a thing out and so we get thirty-second shots of Leo catching snowflakes on his tongue. Future generations will look back and wonder why this got twelve Oscar nominations.