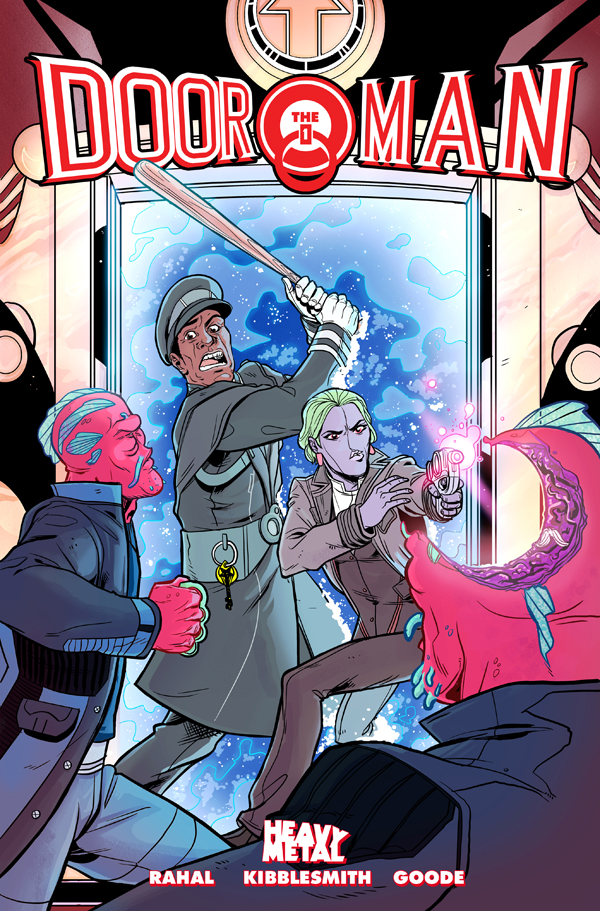 Coming from writers Eliot Rahal and Daniel Kibblesmith, and artist Kendall Goode, The Doorman #1 is the fourth stand alone title from Heavy Metal. Mixing comedy, science-fiction, and action with first rate artwork, The Doorman #1 is an over the top adventure story that will have readers laughing, squirming, and asking for more. 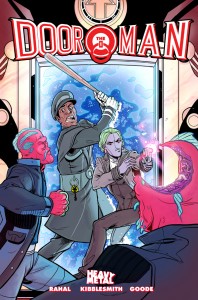 Opening on Henry Clay Waters and his last day on the job as Earth’s Porter, The Doorman #1 quickly drops the reader into a pan-galactic action-comedy that feels a like it may in fact be the bastard love child of Die Hard and Futurama. Teaming up with Detective Flowers, a extraterrestrial law enforcement officer, and something of a loose cannon, Waters finds himself embroiled in a corporate conspiracy that spans the breadth of the universe.

Eliot Rahal and Daniel Kibblesmith deliver a story that is engaging, entertaining, and undeniably funny. By the end of the issues the characters feel well established and readers will be actively rooting for Waters. The pacing is on point, especially for a first issue and one that contains as much exposition and world building as The Doorman #1, and will keep readers hooked well beyond that pesky cliffhanger on the last page.

With art from Kendall Goode, Issue #1 shows the reader a little of what the universe of The Doorman #1 has to offer. Goode has created a whole host of extraterrestrial beings and similarly alien environments for them to inhabit while Waters shows all the strain of a human, who is almost definitely too old for this, on a rule breaking, off-world adventure. The colour palette utilised by Goode pairs neon pink and turquoise with much more subdues blues and purples to great effect. Also charged with lettering, Goode has imbued The Doorman #1 with what might be the best explosion sound effect I’ve ever seen – Sploosh, I’m looking at you.

Verdict:
Buy it!
…Unless of course, you aren’t a fan of fun or you prefer your headsplosions to be in grayscale.