Deadpool, Marvel Comics resident mercenary with a penchant for killing, and wise cracking(and not necessarily in that order).  After a supporting role in 2009’s X-Men Origins: Wolverine  where he was the foil to Hugh Jackman’s title character, this time out, he’s the hero…well, anti-hero seems a bit more fitting.

Ryan Reynolds reprises his role as Wade Winston Wilson, ex special forces, this foul mouthed merc for hire with a mutant ability to heal himself from wounds and also regenerate. Created by Artist/Creator Rob Liefeld with help from Fabian Nicieza in 1991, Deadpool has risen in popularity with some of Marvel’s highest sales on his comic titles. This only compounded when Ryan Reynolds was cast as Wilson. 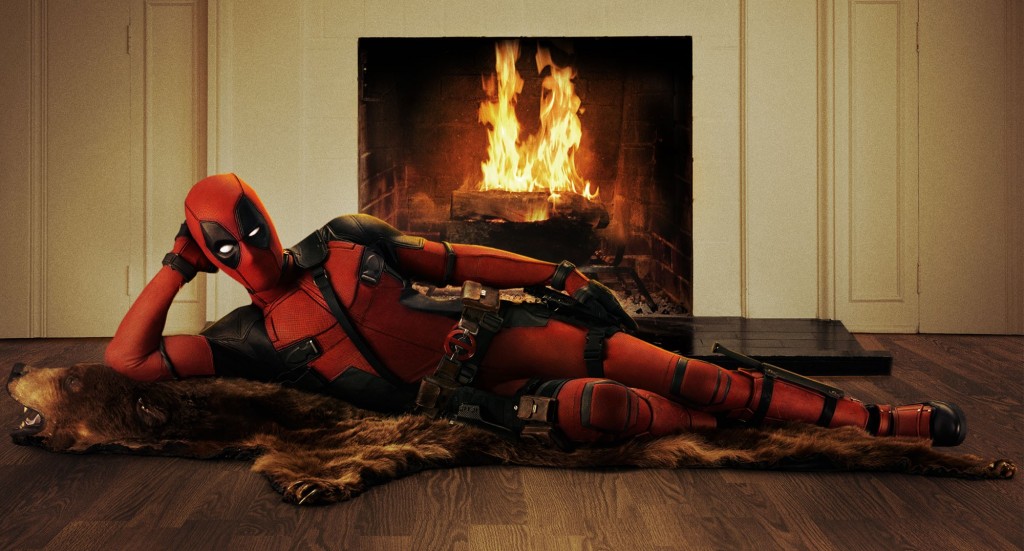 Deadpool released nationwide on Friday, February 12th.  Let me start by saying, prior to seeing the film, I was not a Deadpool fan, but I have to admit, this was a fun film! It drew an “R” rating and that was well deserved as the film is filled with frat house humor, fart jokes, insults (most of which come at Hugh Jackman’s expense), killing scenes, nudity, and sex scenes (with one almost guaranteed to be the cause of the hard R rating). Did I say it was filled with jokes and insults, so much so that I’m not sure this wasn’t a comedy before it was an action film. And no, I didn’t say Hugh Jackman was in the film, but he’s definitely the recipient of Deadpool‘s admiration and charming sense of humor. Reynolds constantly breaks the “fourth wall” and directly addresses the audience, and it works so well.

There are cameo’s everywhere, from Deadpool‘s creator himself Rob Liefeld, to the usual Stan Lee appearance(and this cameo is by far, his best and most hilarious!) There’s also special guest’s from the “X” universe with a notable appearance from Colossus. The film is action packed and beautifully shot, some of the best action scenes I’ve seen in a long time. The story has a smooth pace with a strong opening, an informative middle and set up for the big ending. The final battle between Deadpool and the lead villain named Ajax played by actor Ed Skrein (Game Of Thrones) is a little anti-climatic compared to some of the things Deadpool does in the film, but strong enough. The films cast is just wonderful, from the comedic T.J. Miller who plays Wade’s handler of sorts, to the taxi driver played by Karan Soni, who Deadpool uses to ferry him around town. There’s an awesome appearance by MMA woman’s legend Gina Carano who’s character Angel Dust has a upstaging fight with Colossus.

There are two camps when it comes to “R” rated comic book films. One says there’s nothing wrong with a mature themed comic film, after all, every film’s not designed for every age group. The other camp would say that there shouldn’t be anything in a “comic movie” that couldn’t be sold on a comic book shelf. I’d say that the “R” rating is deserved, and if ever one used the rating as a guide to judge if they should let a young person see this movie, this one is definitely it. Once you get past that hurdle and look at the movie for what it is, a mature themed, comedy/action film, it’s great. The performances are strong. The portrayals of the characters are true. And at the end, after you wade (no pun intended) through the flatulence jokes, sexual wise cracks, foul language(among other things), this is a very fun film and worthy of the Deadpool moniker. I’d say this is a MUST SEE!

*Stick around till the end for the after credits scene (a tribute to the original post credits scene), very funny and well done. 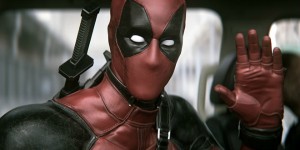