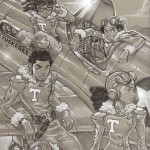 You’ve heard of the Tuskegee Airmen of World War II. They were the first African American military aviators in the United States Armed Forces and despite ceaseless racial discrimination and other horrifying things, they still rose to the skies to fight for their country.

Currently on Kickstarter, there’s a comic that needs your attention called Tuskegee Heirs, which came into existence as a way for the creators to find an original story that celebrated the Tuskegee Airmen in fresh way. 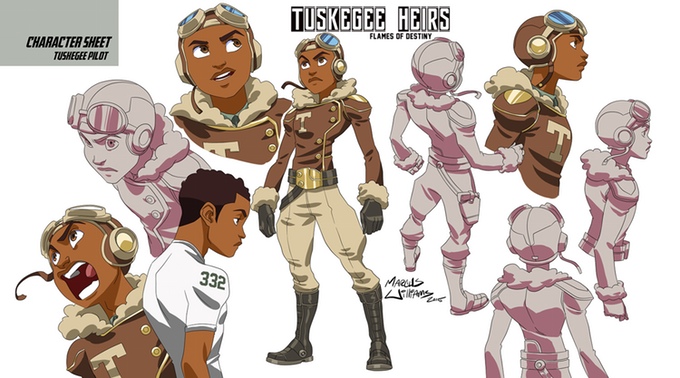 “From the minds of illustrator Marcus Williams (Hero Cats, Super Natural and D.M.C) and children’s book author Greg Burnham (Broken Glass and Grandpa’s Shoes) comes the “Tuskegee Heirs: Flames of Destiny” series. Tuskegee Heirs is a futuristic sci-fi adventure that follows a squadron of young, gifted aviators who are forced to become Earth’s last line of defense against a menacing race of artificially intelligent villains bent on destroying civilization. 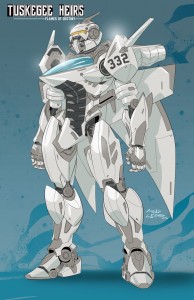 The duo [Williams and Burnham] looks to pay homage to the historic Tuskegee Airmen, while bringing forth a new set of character rich young heroes. With a graphic novel set to release mid 2016, Marcus and Greg intend to push this project towards animation. Following in the Japanese animation genre’s age-old practice of dropping unusually talented youths inside the cockpits of enormously powerful machines, the amazing pilots of this series will be no exception. “

While the project is already fully funded, that shouldn’t stop you from supporting the CRAP out of this for its remaining few hours. We NEED more books with diverse and historically rich characters like this, so help show publishers what sells to the people.