As the hubbub from the release of Star Wars: TFA settles it’s possible to reflect. The latest movie in the franchise has broken box office records and the widespread speculation about “what happens next” will tide audiences over until the next movie arrives in theaters. Notably, out of all of this analysis has emerged the theory that science fiction might have an LGBTQ hero in the form of Poe Dameron, and perhaps a gay couple in Finn and Poe. Such theorizing is nothing new among fans, but this time, mainstream media has jumped aboard the Finn/Poe ship and are yelling “all ahead full,” which is a sign that the times are indeed changing, and more quickly than some executives may be able cope with.

Members of the Star Wars cast have acknowledged the chemistry between their characters, but that in and of itself is nothing new. Nowadays it’s simply good PR and a wise business decision to acknowledge the queer audience. Of course, it’s another matter whether Disney intends on doing something long-overdue and including LGBTQ characters in a universe that now has women and characters of color in more roles than ever before. Although this is an encouraging sign that diversity and inclusivity are making strides, movie and television executives have a history of ignoring or actively attempting to quash any interpretations of media that read the characters as anything but straight and white, and not saying “no homo,” or insisting they’re “fine with queer shipping” is not the same thing as actual representation. 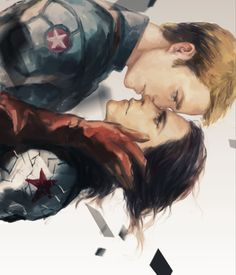 This can be seen in another relationship which has garnered a great deal of attention, both from fans and the media is that of Captain America’s lead characters Steve Rogers and Bucky Barnes. Recently, Captain America co-director Joe Russo discussed the relationship during an interview:

The remark elicited no small amount of excitement among some fans, but others were not as delighted with Russo’s remarks. Frankly, the queer audience has heard this before, and it boils down to “we like your viewership numbers, but we’re not going to take the next step and give you actual representation.”

When creators tell audiences that they think it’s “okay” for them to interpret the text the way they want, despite the best of intentions, they fail to realize that they don’t actually have the authority to give people permission. In fact, the text has been rewritten as soon as a story is told. Fandom is not a recent phenomenon, before there was a Star Trek, avid readers of Sherlock Holmes stories wrote stories about their favorite characters, and this in the 1880s. And of course, centuries before that there was Shakespeare, whose works were largely based on historical figures and events or legends that he reinterpreted and which have since been adapted in many variations, such as Warm Bodies, which the story of Romeo and Juliet with zombies as the in-laws and yet somehow has a happier ending.

The fact is that every story grows in the telling because it makes for good drama, and in order for an audience to identify with the characters or the lesson. However, when it comes to queer characters, they aren’t usually part of the text. If LGBTQ people do make it onscreen, they are, much of the time, unlucky in love, prone to getting sick and dying slowly, or simply being the sidekick to a protagonist who is still, often white, male and in-your-face-heterosexual. However, in spite of the lack of representation, queer people do exist, and as the media landscape slowly shifts to become more diverse, it would behoove Hollywood not to simply wink and nod at a large segment of their viewing audience, but consider the good, (and potential profit) to be made from including these people in roles that are more than stereotypes.

An example of Hollywood failing to understand queer people, general audiences and the ongoing cultural shift was Stonewall, which was roundly criticized for whitewashing a pivotal event in queer culture and excluding anyone who wasn’t a white gay male, the reasoning behind which can be laid at the feet of director Roland Emmerich:

“You have to understand one thing: I didn’t make this movie only for gay people, I made it also for straight people. I kind of found out, in the testing process, that actually, for straight people, [white lead character Danny] is a very easy in. Danny’s very straight-acting. He gets mistreated because of that. [Straight audiences] can feel for him.”

To translate Emmerich’s remarks, in his mind the white gay male is “mainstream” and therefore won’t offend straight audiences. This is yet another example of Hollywood rewriting history in order to make it less controversial, and as a result, reap greater box office sales. Of course, no one is going to outright say that queer people of color and trans people are not considered “mainstream enough,” but the reaction to his comments demonstrated that his message came through loud and clear, and Stonewall’s resulting abysmal box office performance of $187,674 should be a red flag to anyone considering doing something similar.

Stonewall’s failure is a reflection of a trend that is picking up speed, that being, the sought-after mainstream audience wants to see stories about interesting characters and plots that move beyond “existing while queer.” Being queer is no longer shocking enough to titillate viewers into tuning in to view LGBTQ people as though they are on some kind of safari to observe them in their native environments. Rather than simply featuring a queer character as a promiscuous villain to be viewed with prurient interest, people of all sexual orientations would rather see human beings, flawed, complex and real. With all of this in mind, there is a momentous opportunity for Marvel, Star Wars, or indeed any other movie or television producer to take that next step and give audiences a queer character in a heroic leading role. 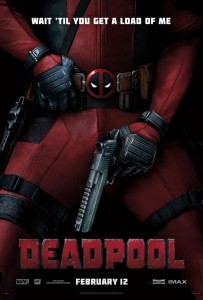 In that vein, Ryan Reynolds has noted that he’d like Deadpool, a pansexual character, to have a boyfriend at some point in the film adaptation of the comic book.

“I certainly wouldn’t be the guy standing in the way of that,” Reynolds said. “That would be great.”

Other actors have bypassed the “straight at face value” default and given credence to performances that viewers might have otherwise taken as subtext. Wentworth Miller who played Leonard Snart aka Captain Cold first on the The Flash and has continued that nuanced portrayal on Legends of Tomorrow, and who is himself a gay man had this to say about his character’s sexuality.

“I’d like to believe there are a couple extra layers to unpeel [and] I instinctively feel like he’s probably pansexual and just gets a hard-on for your soul.”

It should be noted that Legends of Tomorrow also stars Caity Lotz as White Canary, former member of the League of Assassins, and a character who first appeared on Arrow, and who has had relationships with both men and women, but while Lotz has said that the character is bisexual, Arrow show runner Andrew Kreisberg has said that they take care to “specifically avoid using the term bisexual” rather than give the character that identity. The reaction to the performances of both Lotz and Miller has been very positive, something that studios should pick up on as they consider the inclusion of LGBTQ characters in movies and television shows.

In short, there is an audience, both straight and queer who are hungry for characters that move beyond the same tired stereotypes. If Hollywood can’t quite admit that the world is changing, then they should make the smartest business decision and give audiences stories that cover new ground and catch up later, the rest of the world is tired of waiting.