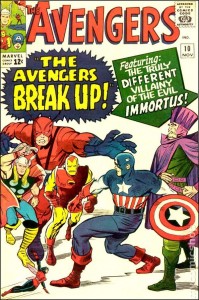 If you are lucky enough to have a good local comic shop, then you probably won’t understand the pain of a bad one. I used to visit a shop that started off doing really well, always had my books ready on time, never missed anything off my pull list, let me borrow a copy of Previews overnight once a month so that I could see what I wanted to pre-order. Then it dropped off. Books started getting missed or being given to other customers, as they assumed I wouldn’t mind not getting things on time. It made collecting my books on a Wednesday a lot less fun, a chore instead of a pleasure. I used to have a ritual where I would walk down to the shop on my Wednesday break, have a coffee with the guys, shoot the breeze with them about new releases and the latest travesty from Zenescope. But then we started to fall out. The end was nigh.

It wasn’t them, it was me. We were going in different directions. I needed space to think about my choices. Name a break-up cliché, I had it – and used it. All of this came back to me this week when a friend on Twitter (hi Glen!) asked how you go about “breaking up” with your LCS. For me it was fairly easy at the time. I moved away to a different town so cancelled my entire pull-list, and started a life without weekly comics. My new town didn’t have a comic shop, but it had a Waterstones (basically a Barnes and Noble for those of you on the other side of the pond) which sold trades and had a really good selection. Every now and then I would take the children to visit my old LCS and they would welcome me back with open arms as if nothing had ever gone wrong between us. It was like that moment when you bump in to your ex and they haven’t moved on at all and still want to hang out. Awkward. It only served to reinforce how things had gone downhill though. 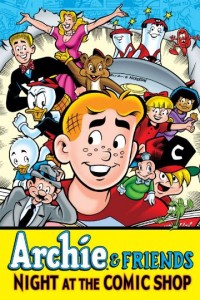 None of this is helping anyone else in the same situation; how do you go about telling a shop that you don’t think their service is good enough? For those who are working in a big chain store for a huge retail multinational, there is a sense of disconnect from the company, as they are there as part of the brand, not as an individual. An LCS is a different animal, usually run by one or two people, with small staffing numbers and a very personal approach. In my experience they are often quick to learn your name, your like and dislikes, and your buying habits. Telling a large faceless corporation that you want out is easy, because you don’t have to, you can just take your business elsewhere. Staff at local shops become more than that though, in the case of my old LCS they were friends, they even came to my 30th birthday party and took me to several conventions on their extra staff ticket in return for helping setting up and breaking down. This more personal relationship can make it hard to break the habit of shopping with them.

If you aren’t happy with the service you are getting, and start to avoid going to pick up your weekly books in case they are wrong, or aren’t there, you need to make a change. There are plenty of ways to buy comics these days, digitally if that is your bag (it isn’t mine, but each to their own), online to be shipped out to you, or if you are lucky enough to live in an area with more than one comic book shop you can try another store. 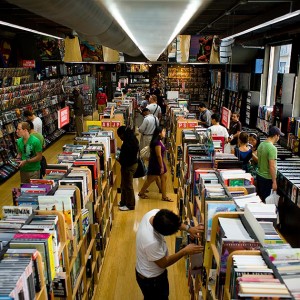 This isn’t going to solve everyone’s problems, and sometimes you just have to bite the bullet and talk to your store. The key is being honest. Your local store might not realise that you are upset or unhappy with their service, and breaking things off with them in that instance won’t help anyone else that is in the same boat. If you feel that you can have a chat with them, and tell them how you are feeling about the service it might be worth giving them a chance to turn things around. We comic buyers are still, despite the growth in mainstream media, a niche market, and I am all for giving local businesses a chance.

This has turned in to a bit of an advice column, but really the key to retail is service, and if you aren’t getting that speak up! Plenty of comic book shops are going out of business in the current economic climate, and if you aren’t getting want you want demand more! As the customer, you’re in charge. Tell the retailers what you want and if you don’t get it, take your business elsewhere. The most important thing I am trying to say though, is don’t let a bad shopping experience put you off comics. If I had done that when a chap in a shop told me I couldn’t read Preacher (because I’m a girl, but that’s a story for another time!) I wouldn’t be the person I am today, with the friends I have now.