Well… this is some awesome news.

Charlize Theron is apparently in talks to portray the antagonist of the next installment in the Fast & Furious series. There had been early rumours that Helen Mirren would join the cast, playing the mother of Fast Five‘s Luke Evans and Furious 7‘s Jason Statham, but that may have been wishful thinking. Luckily Charlize Theron isn’t anywhere close to a step down.

Theron has long been a solid action star in movies like Aeon Flux, Prometheus, Hancock and, of course, the Oscar-nominated Mad Max: Fury Road. She also has a solid grasp of her silly side, as she’s shown in Arrested Development, which will make her a great fit for the gloriously silly franchise.

The Fast & Furious movies started out inoffensive, ramped up to ridiculous and somehow, against all odds, ended up being really good.

The calibre of talent these movies are still able to draw are a testament to its on-going strengths. They managed to shift from a movie featuring almost no big-name talent and no recognizable stars to drawing in diverse, individual talents like Gina Carano, Tony Jaa, Djimon Honsou, Jason Statham, Dwayne “The Rock” Johnson and Kurt Russell. The stories have expanded from a Point Break ripoff involving DVD robberies to CIA-backed shootouts and exotic setpieces that rival James Bond movies. The reason it works so well is due to the vision of four-time series director Justin Lin and the passion of its star and biggest supporter Vin Diesel. They realized that the series can go big and silly as long as it had heart and did a damn fine job pulling off the action. The series – especially the last three entries – has had no problem delivering in spades on both counts.

Allegedly the studio has made an offer to Theron and she would make a perfect addition to the series’ rogues gallery. Hopefully Theron drives straight from Fury Road and into whichever improbable, globe-trotting adventure they set up for the crew – family, I should say – this time. 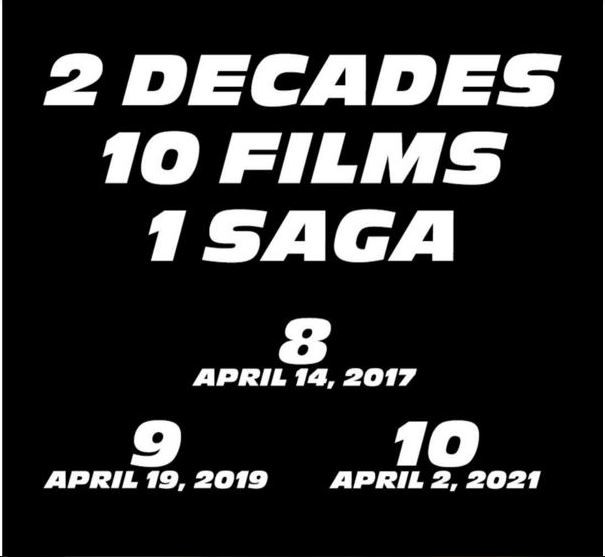