For this week in Talking Classics, I turn from the screwball comedies and plunge into the fog-ridden London streets of 1944’s Gaslight, starring Ingrid Bergman and Charles Boyer.

First off, some trigger warnings. This article will discuss domestic abuse and “gaslighting.” I don’t go into great detail, but be prepared and skip if that’s not what you need to read right now. 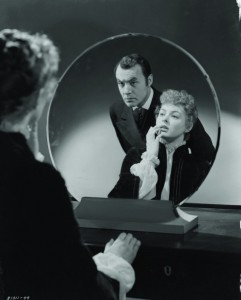 The film opens with a murder: a famous singer is strangled in her London home. The killer is never found, and the niece who lives with her, Paula, is sent to Italy to train as a singer. Ten years later, Paula (Ingrid Bergman) has fallen in love with Gregory Anton (Charles Boyer), her tutor’s piano player, and they decide to get married, pausing her musical career. They move back into her aunt’s London home… and things start going badly. She starts feeling unwell, forgetting things, misplacing things… or is it her husband just saying she is? In the meantime, whenever her husband leaves, Paula sees the gaslight dimming, as if someone else were in the house…

Gaslight is hard to watch. In fact, I tried to write this review last week, and I couldn’t. When I watched it as a teenager, I saw it as a creepy horror story. In my 30s… The horror of Gaslight is that we don’t need the murder plot for it to be completely believable horror. The term “gaslighting” comes from this movie, and Charles Boyer gives a fairly straightforward example of the term. Gaslighting, of course, is a form of abuse in which the abuser twists information and perception so that the abused questions their memory and sanity. It’s believable horror because it’s an all-too-familiar reality.

For Boyer’s Gregory, it starts out small. He calls Paula “high-strung” to the servants. He denies her visitors on the excuse that they’re still honeymooning. He laughingly says that she forgets things. Soon, he starts hiding things, badmouthing her in front of the servants, dictating whether she is to go out or receive visitors, telling her she’s being hysterical… In the meantime, Paula loses any sense of self as she’s driven out of her mind. It’s the escalation that’s part of the horror, the slow, inexorable control that Gregory gains over Paula.

Even as Ingrid Bergman plays Paula as vulnerable and distraught, she still has a steel and intelligence that gives us hope. She picks up on every clue, even when her husband strips her of the ability to reason through those clues. When she gets her final revenge, we’re cheering through our tears. We know she’s broken, but we also know that she can recover. That he hasn’t completely broken her.

There are a couple of weak points in this film. The film employs some odd comic relief in Betsy, their nosy English neighbor who loves blood-drenched mystery novels. Especially in the climactic scene, her comic intrusion is bewilderingly out of place. The film also tries to play up a possible romance between Paula and the American police detective who is investigating her husband, and it just feels wrong. 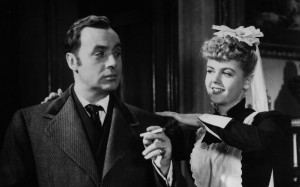 However, there is plenty to make up for its few missteps. This film features Angela Landsbury’s first film role as a bawdy servant who flirts with Gregory and dates cops. Mrs. Potts and Jessica Fletcher as a cockney maid who occasionally bursts into song is a lot of fun. The atmosphere and the use of the foggy London streets gives the film an atmosphere of mystery and dread that absolutely matches the subject material.

Like I said, this movie was hard to watch, and I’m not sure if I’ll watch it again any time soon. It is, however, important to watch. It’s horror at its most terrifying: completely and utterly real.