March 2016 will see Bobbi Morse takes flight (sorry, bird and flight references are obligatory here) in her own ongoing series ‘Mockingbird.’ Coming from the creative team of writer Chelsea Cain and artist Kate Niemczyk, Mockingbird will spread her wings in a series no doubt brought about by Bobbi’s popularity in the ‘Agents of S.H.I.E.L.D.’ TV show.

Here’s the official synopsis for the book:

Bobbi Morse, codename: Mockingbird. S.H.I.E.L.D.’s most versatile, resourceful and in-demand agent. But a string of missions gone wrong point to something rotten going on in S.H.I.E.L.D.’s own medical and recovery network. The more she digs, the more widespread the conspiracy becomes. How deep does it go? Can she find the culprit before it’s too late? Find out as MOCKINGBIRD #1 by Cain and Niemczyk comes to comic shops and digital devices this March!

We have a very first glimpse at the various covers for you lucky folk, enjoy! 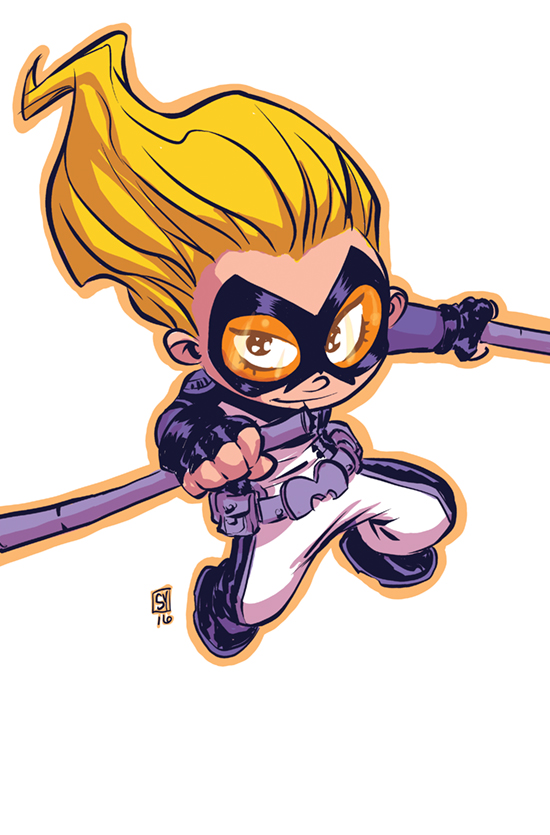 Chelsea Cain was asked in an interview with Marvel about what it is she likes about Bobbi Morse as a character:

“I’m drawn to Bobbi because she’s a terrific character—she’s brainy and cool and confident, and quick with a quip,” she answers. “In fact it turns out we have a few traits in common. We’re not big sharers. We’re control freaks. And we’ve both been married to Clint Barton.  I mean, what are the odds?”

She moves to dispel fears of ‘Mockingbird’ just being another comic about corruption within S.H.I.E.L.D. saying:

“It’s so much more than that, I swear, I mean, there are zombies. And corgis. I ask you, have there ever been zombies and corgis in a Marvel comic book before at the same time? Truly, the plot of the first five issues is rooted very much in Bobbi’s medical history. [Nick] Fury saved her life with a dose of Super Solider Serum and Infinity Formula, and I really wanted to explore the fallout from that.”

We also have a very first look at Kate Niemczyk’s interior art for 4 pages of ‘Mockingbird’ #1: