U.S. television networks CBS and The CW have jointly announced that Melissa Benoist’s ‘Supergirl’ will come face-to-face with Grant Gustin’s ‘The Flash’ in a crossover episode of ‘Supergirl.

Due to air in March, the episode will signal an end to speculation and doubt as to whether the two characters would ever meet via their respective TV shows. No details as to how the crossover will come to be are available as yet, but they’re sure to follow in the near future. 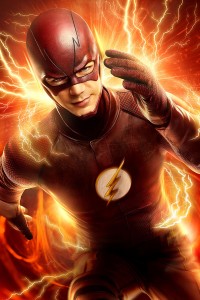 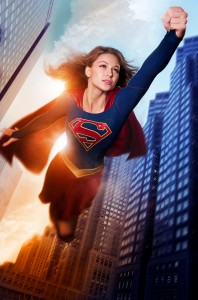 Executive Producers Greg Berlanti and Andrew Kreisberg had this to say about the upcoming Supergirl episode:

“We are so incredibly excited to announce something that we have dreamed of happening since we starting making Supergirl – The Flash and Supergirl are teaming up! We want to thank Grant Gustin for making the time to come visit (on top of his already immense workload) and all of the folks at CBS, The CW, Warner Bros. and DC for working this out. And finally, thanks to the fans and journalists who have kept asking for this to happen. It is our pleasure and hope to create an episode worthy of everyone’s enthusiasm and support.”

It certainly seems there was plenty of enthusiasm and desire to make the episode happen, roll on March 28th when the Flash/Supergirl crossover episode of ‘Supergirl’ airs!