To say the young adult genre has blown up in the past few years would be an understatement, especially when it comes to kick-ass female protagonists. But there’s a lot in between Divergent and The Fault in Our Stars, and it can be tough to navigate. Here are five unbelievably good books for the young adult inside everyone. Brace yourself for the feels. 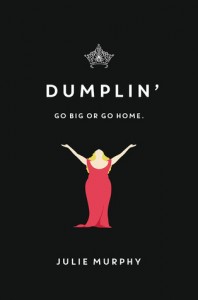 I binge-read Dumplin’ on a flight from Dallas to New York, and proceeded to listen to Dolly Parton on loop for a week because Willowdean Dickson had stolen my heart.

Willowdean is a self-proclaimed “fat girl”, and she’s okay with that – it’s just who she is, and she’s proud of it. That is, until she starts working at her local burger joint and finds that the hot private school guy she shares a shift with actually might be crushing on her right back. Willowdean suddenly begins to look at her body in a whole new way, calling everything into question. And so to get her confidence back, she does the one thing she thought she’d never do: follow in her beauty queen mother’s footsteps and enter herself in a pageant, shaking up the entire system as she does.

2. I’ll Give You the Sun by Jandy Nelson 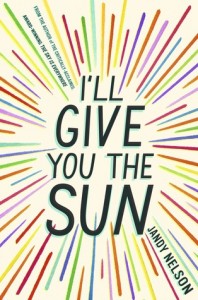 Reading I’ll Give You the Sun is like reading an epic fairy tale – it’s contemporary realistic fiction, but everything is woven together in the most magically lyrical way that there is almost an undercurrent of poetry beneath the everyday life of these teens. Fraternal twins Noah and Jude are inseparable, but couldn’t be more different. Noah is quiet and observant, sketching the world around him as he falls in love with the boy next door. His sister Jude is the wild one, the center of every party and the first to jump off the high cliff near their house into the rough sea below. But in one devastating night’s time, everything changes and they are ripped apart, Jude folding into herself and Noah forcing himself out into the world. Their story is told in tandem, with Noah narrating their freshman year and Jude narrating their lives two years later. Also, there’s a boy with a motorcycle. And an English accent. Need I say more?

3. The Book Thief by Markus Zusak 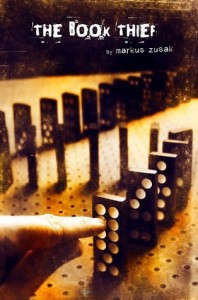 Liesel Meminger is actually a nine-year-old girl, but this book is one that every teen (and human) should put on their list. A foster child living in 1939 Nazi Germany, Liesel begins to steal books and hide them away from the Nazis who are trying to destroy them. Though she doesn’t know how to read at first, she senses the importance of these works of literature and shares them with her foster father and the Jewish man they are hiding in their basement. She begins to read and write her own stories, struggling to maintain her childhood even in a book narrated by Death itself.

EDITOR’S NOTE: There IS a movie adaptation of this and while I haven’t seen it myself, I do highly recommend that you skip it… at least until you’ve read the book. Don’t do yourself a disservice and miss out on one of the best YA books in existence. 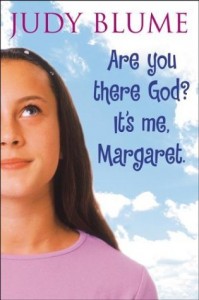 I consider this book mandatory reading for any teen girl who is going through weird stuff (i.e. all of them).

Though it was published in 1970, it had the same profound impact on me in 2000 as it did my mom, and as I’m sure it will for teens and pre-teens in 2016. Margaret is in sixth grade and has been raised without a religion, so she’s dealing with a lot of existential crises like pondering the meaning of God and how to buy her first bra.

“Are you there God? It’s me, Margaret. I just told my mother I want a bra. Please help me grow God. You know where.”

Absolutely pitch-perfect for one of the most confusing times in any girl’s life and an irreplaceable classic.

5. Simon vs. the Homo Sapiens Agenda by Becky Albertalli 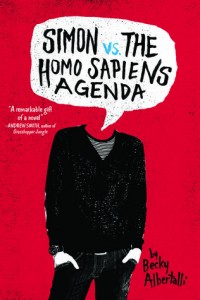 Okay, so the protagonist in this one is a boy, but I dare anyone not to fall in love with this book from the very first Oreo milkshake. Simon knows he’s gay – he just doesn’t want to make a big deal out of it. He knows everyone will ask him a million questions once he “comes out”, and he really hates that. So when a classmate begins blackmailing him after seeing emails between him and his anonymous crush known only as “Blue”, he freaks out a little bit. Navigating blackmail between school dances, family arguments, and LOTS of Oreos is not easy. Luckily, he has his emails with Blue to keep him sane. If only he could figure out who the mysterious Blue really is…