Think about where you spend time in your home – most is in front of the computer or in the kitchen, but what about those quiet moments in between, when you just get to be alone with your thoughts? That is right I’m talking about the bathroom, where you do your business alone and no one gets to interrupt you! It is my firm belief that there is a comic out there for everyone and furthermore there are comics for every time of life, and every room in your home. Let me tell you about the greatest comic you could ever read in the washroom – Dinosaur Comics! 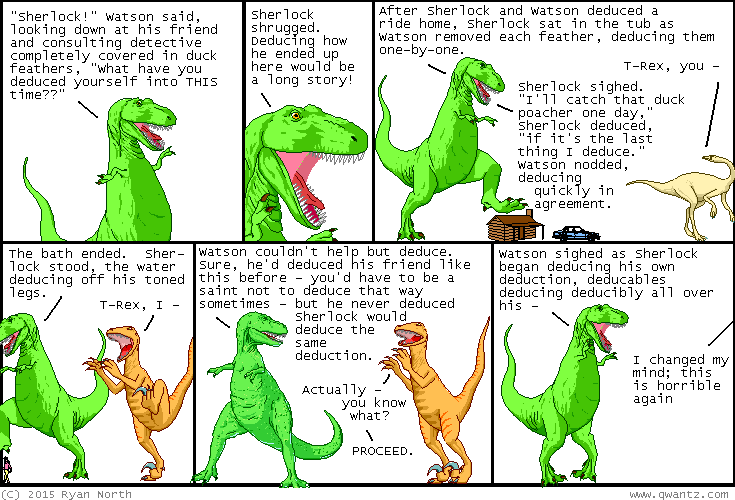 You may have read a bunch of Dinosaur Comics before, or scrolled across them in your Tumblr feed, or seen a strip on Reddit. However did you know there are a handful of printed collections? Even if you check the Qwantz website daily, chances are you don’t remember the strips from 2006 (collected in fig d. Dudes already know about chickens). Point is you could be reading of T-Rex’s get rich quick schemes, or T-Rex arguing with God while Dromiceiomimus produces a heavy sigh.

Each Dinosaur Comics strip is the same length, and (I only realized half way through your Your Whole Family Is Made Of Meat that) each strip has exactly the same visuals! This was Ryan North‘s (author, duh) way of writing a comic without an artist; “…it’s something I’d long wanted to do but couldn’t figure out how to accomplish. I don’t draw, so working in a visual medium like comics isn’t the easiest thing to stumble into!” quoted from a CBR interview in 2009. Consider that Dinosaur Comics still is updating three times a week, even through North’s work on comics like Adventure Time and The Unbeatable Squirrel Girl! This comic is more like a phenomenon, an expression of all the weird thoughts that come to you during your day, all the queries you ponder of aloud with your drunken friends at 3am. 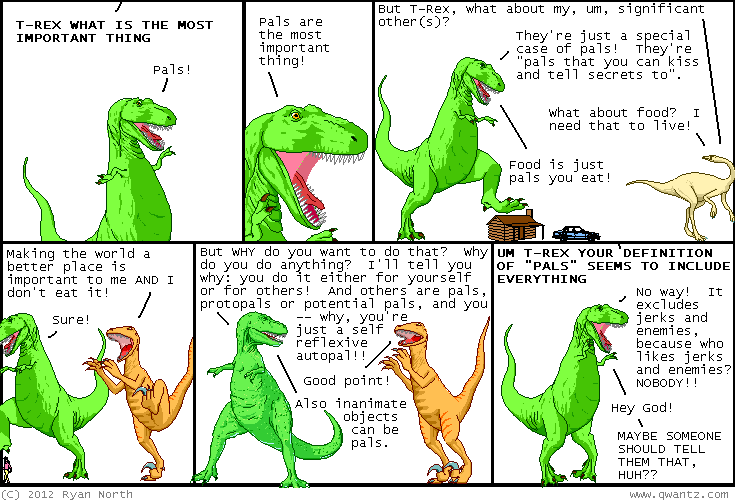 Now that you know why Dinosaur Comics are awesome, lets bring this article back to the premise – the washroom! Listen sometimes you have to put your phone down (you will see the updates on your desktop when you leave the washroom), and pick up a book – a real one made of paper (crazy right?)! Listen -this is not one of those swanky coffee table books whose spines are never cracked, but are strategically placed so when your old high school buddies visit, they think you are intelligent. This book is for you to enjoy, why not enjoy it one strip at a time? Treat yourself to reading something interesting, thought provoking and mostly just funny because it will make those times in between insightful and refreshing. When you leave that room (with the fan on) you will have a skip in your step and be ready for whatever the day has to throw at you next! 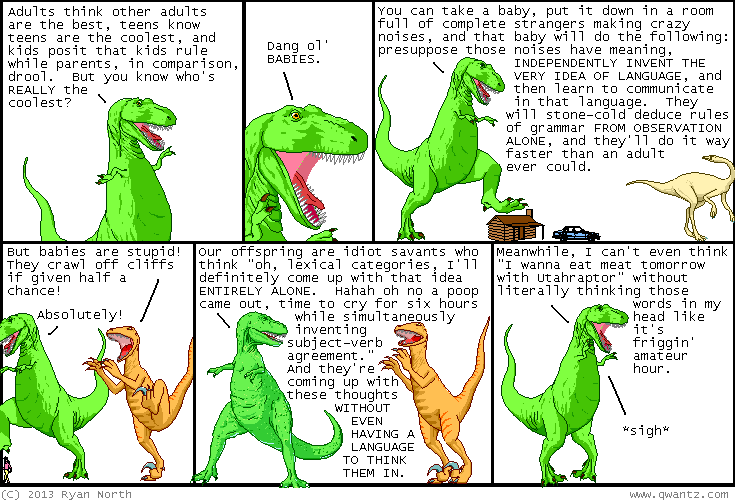