Each week for Talking Classics, I dive into my love of films from the 1930’s to the 1970’s and dredge up the movies that I want everyone to know about. Not only will I tell what’s great about them, but I’ll also tell what’s interesting about these movies from a 21st century viewpoint. This week, I turn my attention to 1936’s comedy My Man Godfrey, starring William Powell and Carole Lombard. 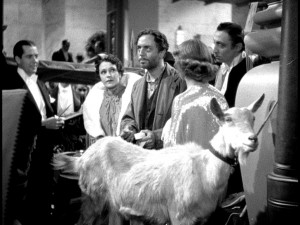 William Powell plays Godfrey, seemingly a homeless drifter living in the city dump. In the opening scene, two wealthy sisters, Cornelia (Gail Patrick) and Irene Bullock (Carole Lombard) try to hire him for the night as a find in their scavenger hunt: a “forgotten man.” He pushes down the proud and haughty Cornelia, but ends up helping the flightier yet kinder Irene (who actually treats him like a human being). Wishing to repay his favor, Irene hires him on as the family butler, but is really taking him on as her “protégé.” The Bullock family is eccentric and spoiled, headed by the down-to-earth father who is also an enabler to their shenanigans. The mother sees pixies when she drinks and keeps a “protégé” Carlo (don’t inquire too far into their relationship), and the two sisters alternate between drunken revelries and trying to one-up each other. Godfrey is somehow able to outsmart the entire family and set up his own plans, possibly because he’s not all he at first seems…

I cannot stress enough how important William Powell is to me. He’s best known for his role as Nick Charles in the Thin Man movies, where he plays a charming and witty detective who alternates between drinking and solving crimes with his charming and witty wife Nora. He essentially plays the same character in this film, only now he’s a charming and witty butler. He’s the smartest man in the room, but he’s never insufferable about it. A lot of the humor comes from him interacting with the off-the-wall crazy rich people, and continually outsmarting them. A lot of the plot is taken up by the fact that Irene is in love with him and Cornelia hates him. Cornelia continually tries to get him fired, at one point even trying to frame him for theft. On the other hand, Irene throws herself at him, putting him in a completely different type of danger.

I never liked Carole Lombard’s Irene when I was growing up, but now I can’t take my eyes off her. When she’s in love with Godfrey, she talks in a breathless stream of consciousness that flummoxes even Godfrey’s wit. She gets even funnier, though, after Godfrey rejects her. She moons around, striking dramatic poses (which Cornielia quickly points out as the ones they learned in school). If it were today, she would be the queen of vaguebooking: 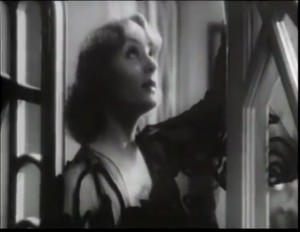 “All I have to say is some people will be sorry some day.” 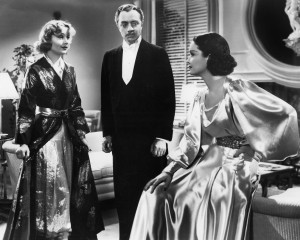 Beneath the comedy, though, there’s some serious things going on that still hold plenty of relevance today. This movie is smack in the middle of the Great Depression, and it doesn’t shy away from it. Godfrey criticizes the shallow disregard for human life of the super-rich while using them to benefit the homeless. He engineers a scheme to revitalize the city dump while providing jobs and housing to its former residents. It’s not a harsh parody of the wealthy and the class system, and it does get things wrong. The only homeless people portrayed are able-bodied white men of working age, and they end up in subsidized housing working at the swanky nightclub that’s now in their former home. Likewise, the reveal of Godfrey’s background (i.e. not some random homeless man) keeps the movie from being truly revolutionary. However, it does make some good points. It got me thinking of how this movie would work in a modern remake: Godfrey as a personal assistant, the two sisters as Hilton types, and Godfrey trying to save a low-income neighborhood from gentrification that would push the residents out…

If you watch it for the plot, it’s a bit of a mess of a movie. Don’t watch it for the plot. All the performances are spectacular, and the true joy of this movie is watching the interactions between all the characters, particularly William Powell and Carol Lombard. Also, be sure to look up the blooper reel on Youtube. Lombard apparently cursed like a sailor when she messed up, and it’s wonderful.