*NOTE* There have been recent rumors of DC Comics relaunching their publishing line with new #1 issues, along with “Rebirth” teasers.

I’ll discuss all that at the end of my column.  For now, check out my thoughts on what is the “Best of DC Comics” as things stand right now.

2015 was a year of change at DC Comics. Behind the scenes they packed up their belongings and moved from New York to Burbank, CA. The comics shipped to stores and available digitally changed as well. The move to Burbank necessitated a two-month break in regular publishing and was replaced by Convergence. That was followed by a new initiative called “DC You”. “DC You” was meant to reinvigorate the publishing line with new talent and new titles.

I have a confession to make — I didn’t read much DC growing up. I was a living-breathing example of the “Make Mine Marvel” motto. Over the last couple of years I’ve been able to sample more of DC’s offerings. And I must say I’ve enjoyed what I found.

Below is my list of everything encompassing “The Best of DC”. 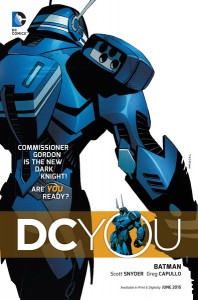 So I mentioned the “DC You” up above. Lots of new titles and different takes on some continuing books. “DC You” gave us Jim Gordon as Batman and a depowered Superman with his secret identity known to the public. The Justice League started it’s massive “Darkseid War” event which had been brewing ever since Justice League #1.

The changes in the Batman and Superman lines were intriguing enough for new readers to take a look and say “What the hell is going on?! I need to check this out”.

“Darkseid War” was far from new-reader friendly. However, it more than made up for this fact by being an amazing story with stellar art. Jason Fabok’s art is cinematic in scope. Geoff Johns is finally telling his big Darkseid story, and bringing in guest-stars galore (Mister Miracle, New Gods, Anti-Monitor, etc).

“DC You” will mostly be remembered for the new titles that launched. Some of those I’ll get to in another section below. Characters you wouldn’t normally think to have their own ongoing series stepped up to the spotlight. Examples are Martian Manhunter, Cyborg, Starfire and The Omega Men.

The Omega Men became such a fan-favorite that it was saved from cancellation. Martian Manhunter took the alien invasion angle and turned it on it’s head. Cyborg is the remaining member of the Justice League to finally get his own title. Starfire is in the same vein as Harley Quinn — fun and lighthearted.

DC Comics needs to continue pushing the “DC You” if it will keep leading to more diverse titles. 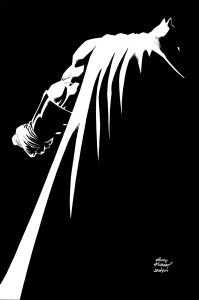 DC isn’t afraid to push limited series to the public. I’ve heard fears that comic buyers won’t put money down if they know a series isn’t an ongoing. That hasn’t stopped DC from publishing miniseries starring some of their most popular heroes.

Frank Miller returns to The Dark Knight with Dark Knight III: The Master Race. So far the reception to it has been phenomenal. As someone who hasn’t read The Dark Knight Returns in YEARS, I was able to easily pick this up and be entertained.

Max Landis is best known for his film work (Chronicle, American Ultra). Now he’s taken on the task of doing a retelling of Clark Kent’s origin in Superman: American Alien. What I appreciate about the series is each issue is illustrated by a different artist and showcases a different period in Clark’s life.

Titans Hunt will “hopefully” kickstart the fledgling Teen Titans franchise. Other notable miniseries are Green Lantern: Edge of Oblivion, Telos, and the upcoming Superman: The Coming Of The Supermen by the legendary Neal Adams. 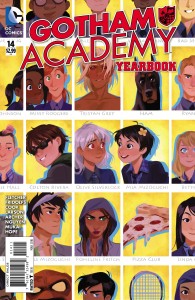 The crown jewel of DC Comics is the Batman family of comics. Under the supervision of group editor Mark Doyle, the titles under his purview have been among the most heralded at DC. Batman speaks for itself. What most fans will point to are the successful launch of Gotham Academy and the Batgirl redesign from it’s new creative team. These new takes showed the powers-that-be at DC that going away from its patented “house style” can be a good thing. These successes really kickstarted the “DC You”.

During the “DC You” initiative new books were added to the Batman line — Midnighter, Black Canary, We Are Robin, and Robin – Son of Batman. All wonderful I might add. Midnighter is the first solo comic starring a gay character at the Big 2. Black Canary spun out of the successful rebranding of Batgirl. Duke Thomas went from a supporting character to one of the leads in We Are Robin. Damian Wayne is on a journey of redemption in Robin – Son of Batman. Each book brings a different flavor to the Batman universe.

Return of the Multiverse 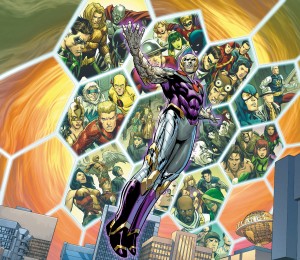 When the New 52 was formed, one of the big complaints from longtime DC fans was that it erased the Multiverse. The Multiverse was a linchpin of DC history. Multiple universes (or Earths) where any version of a hero or villain could exist. As a kid I wasn’t a big fan of Earth-2 or whatever. For some reason I enjoyed time-travel stories more than other universes existing. Now that I’m older, I realize there’s really no difference between the two.

The end of Convergence re-established the Multiverse. The only book to be exploring this right now is Superman: Lois & Clark. The pre-New 52 versions of Lois Lane and Clark Kent (Superman) are now among their New 52 counterparts, working in the shadows.

What makes the Multiverse being available so fascinating is that it allows creators more freedom to tell stories that can take place in any number of universes. 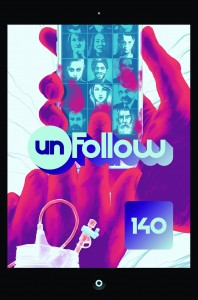 A new volume of Lucifer launched. It will also make its television debut on FOX. I’m disappointed that Twilight Children is only a limited series. And these are only the series I’M enjoying right now. There is really something for everyone at Vertigo.

So as I was in the middle of working on this story, Bleeding Cool published some rumors that DC would be relaunching with brand new #1’s. The thought is DC will focus more on their franchises tied to current/upcoming television and movie projects. One can never be sure when it comes to Bleeding Cool rumors. It’s no secret that the “DC You” is losing DC money. So some changes to rectify that are sure to come. Publishing some books bi-weekly is one option. New #1’s option two. All possibilities.

Not long after the Bleeding Cool rumors, co-publishers Dan DiDio and Jim Lee both tweeted teasers for something called “Rebirth.”

“Rebirth” has significance at DC. Both Green Lantern and The Flash both had “Rebirth” miniseries that took Hal Jordan and Barry Allen back-to-basics and set them back in-continuity in DC Comics. With Bruce Wayne about to take back his cowl in Batman and Clark Kent regaining his powers and original costume in Superman, could those count as rebirths?

Only time will tell how much of the “Best of DC” I outlined above will still be in existence if a “Rebirth” does take place.