Not only have I had the past pleasure of meeting comic book writer Erica Schultz in person, she was recently gracious enough to grant me an interview despite her busy schedule. Erica is a woman of many talents and has made comics, in one role or another, for Marvel, DC, Dark Horse, Red Stylo, and others. She also wrote and produced her own books, M3, which is where I began my questions – a bit of inspiration for aspiring artists and writers trying to break into the industry. She discusses the conception of M3 and the process of bringing it to print, as well as the intricacies of the collaborative process.

NB: Okay, so you are a writer, letterer, editor and artist. Do you identify yourself primarily with one role? If so, would you like to expand more into other areas? As if you don’t have enough to do already…

ES: If I had to pick a role, I’d choose writer. Letterer, editor, and artist were all roles I took on because of necessities in certain situations. Turns out I was pretty good at them, so they’re roles that I keep myself open to. I do prefer to write, though.

NB: I know M3 is your baby. Tell me a little bit about the story and its significance to you as an artist, and what did you find to be the most significant obstacle in publishing an independent work?

M3 is a real world thriller about Machiavella Maria Marcona, an assassin being tracked down by FBI agent, Chris Morris. That’s the quick summary.

M3 is significant because it’s the first comic I wrote, and got out there. It wouldn’t have been possible without my partner, Vicente Alcázar (Jonah Hex, Conan).

When I presented a few scripts to Vicente, he was very eager to take Machiavella to the next level, and I believe we did that together.

It was not an easy road by any means, mostly because we did it all ourselves. Vicente did several covers, and all the interiors. I wrote, lettered, and designed and produced the book, getting it ready for printing, etc. Since I hadn’t worked on a book before, there was definitely a learning curve.

Vicente hadn’t worked in comics for nearly 30 years when he had taken up M3, so there were new techniques and styles that he was eager to experiment with and learn.

But we got the series done and out, and then I was able to take M3 and present it to editors to get more comic writing work.

NB: Aaaaaand, let’s play a game: Sum up the creative process behind bringing M3 to print (beginning to end) in 5 words.

NB: As a writer, how do you find the collaborative process? Are you specific about the vision in your head for the visuals of the story, or do you prefer to leave it to the artist’s interpretation?

ES: I love collaborating, as long as everyone is on the same page. With M3, I didn’t really know what I was doing, so I told Vicente, “If I wrote 5 panels and you can do it in 4, do it. If you need 6, do it.” I’m a bit more specific when it comes to licensed work, usually providing thumbnail layouts or reference images for the artist. That’s because I’m sometimes more privy to what a licensor wants to highlight in a story.

It also depends on the artist. Some artist are very straightforward and say, “I’ll draw what you write. If you don’t write it, you won’t see it in the page.” That means I have to rack my brain and write in books on shelves and the color of someone’s bedding. Other artists want to be more part of the creation of a look, and I’m cool with that, too.

Next we briefly addressed the issue of gender issues in comics, both in the books themselves, and the industry as whole. At a time when tensions are high in the nation in regards to racial, ethnic, gender and religious sensitivity, it’s no surprise that the comic industry has also fallen under scrutiny, with a seeming focus on woman’s issues. As a woman in the industry as well as comic book fan, Erica has a knowledgeable perspective on the bigger picture, which she presents very diplomatically…

NB: I’d be remiss if I didn’t bring up the issue of women in comics, especially with the Angouleme fury boiling over at the moment. There is increasing discussion, controversy and sensitivity regarding the topic, but also some significant progress in the comic book industry embracing and promoting diversity. What is the greatest change you have seen over the years (if any) in the representation of female creators and the promotion and acceptance of their work?

ES: This is a tough question, because it seems like every time I want to cheer for diversity in comics, something comes to light that makes me want to hide. I think the independent scene has (as always) focused on different voices than the mainstream, and that’s continued. Mainstream comics are starting to catch up with titles like Ms. Marvel and Batgirl, but there’s always room for more.

NB: What is the greatest change (if any) you have seen over the years in the portrayal of female characters in comic books?

ES: I like what Nicola Scott did for Dynamite, redesigning three of the most scantily clad heroines in history: Red Sonja, Vampirella, and Dejah Thoris. I like the new Batgirl redesign. Spider-Gwen is great, as is Ms. Marvel and Captain Marvel.

NB: Now we need to lighten the mood… If you HAD to choose a method of travel, which  would it be:

TARDIS, Millenium Falcon, Transporter, Batmobile, Bifrost, or on Superman’s back?

Superman’s back if it were Christopher Reeve,  just because he was one of my first loves. Millennium Falcon because, come on…It made the Kessel Run in less than 12 parsecs. But the Star Trek transporter would be so much easier.

ES: It’s not terrible. I order my comics through my friends’ shop in Delaware, so I get a big shipment every 2-3 weeks. From that perspective, it looks enormous. I’d say there’s probably 10-12 books on the list for a month, though some books are bi-monthly.

NB: What is your fave title at the moment (if you can say without offending collegues…)

ES: I wouldn’t say I have one particular favorite title. I read a lot of stuff. I would say that I’m reading some titles I never thought I’d pick up like Dr. Fate and Dr. Strange. I was never a fan of either of them until now.

NB: Are you a binge-watcher? Any TV shows you can’t live without?

ES: I’m not really a binge watcher. I haven’t gotten past the first episode of Jessica Jones. Even when everyone was jumping up and down on Daredevil, my husband and I took 2 weekends to get through it. I’ll watch an episode or two, MAYBE three if I REALLY have nothing to do (which is rare).

I do enjoy The Blacklist and Supergirl. I watch Agents of S.H.I.E.L.D. and I enjoyed Agent Carter last year.

NB: If you could only listen to three musical artists/bands for the rest of your life, who would they be?

NB: So, as an exhibitor, tell me you craziest con story. Any creepy fans? Epic dramas setting up and getting ready? Encounters with Stan Lee?

ES: So many con stories…No, I never met up with Stan Lee. I did rope Amy Acker into a Girl Scouts program I was part of to teach kids about sequential storytelling.

My husband usually comes with me to most, if not all, the conventions, so things can get a little heated during set up, just because it’s stressful. And we can both be a little controlling.

There’s been the typical, “Chicks don’t write comics,” garbage that I seem to get at least twice every con season. 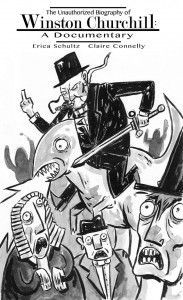 When *Claire Connelly (my partner on The Unauthorized Biography of Winston Churchill: A Documentary, and Cheese: A Love Story) and I were doing a signing, Claire thought it’d be funny to draw genitals on the dinosaur on the cover. People started coming to our booth asking for “The Dicked Version.”

There was the woman who told me she loved books about women who kill people, and Vicente and I were afraid she was going to use M3 as her manifesto.

There was the time I handed out free copies of M3 #1 with the tagline, “Free comic from a pretty girl!” and a guy shouted at me, “I don’t WANT your comic!” My response was not what he was expecting when I shouted back in his face, “THEN GO @$%& YOURSELF!” He came back an hour later and asked if I still had free comics. I told him to @$%& himself, again, and he asked me if we had the same parole officer.

Every convention has to have at least ONE person come up to my table, look at my banner that says, “ERICA SCHULTZ • WRITER” and say, “So, did you draw all of this?” Also, they’ll look at my banner and speak directly to my husband. “So are these YOUR comics?” “No, my wife wrote all of this. I’m the booth babe.”

(Okay, you may think my next question was in jest, but it wasn’t. I really love glitter.)

NB: Most important question for last: Do you like glitter and does it have a place in art?

ES: If someone can make art using elephant droppings as materials, glitter is alright in my book.

NB: Finally, what projects do you have in the mix at the moment?

ES: What am I working on now…I’m lettering Red Sonja, Dejah Thoris, and Vampirella for Dynamite. I’ve got some stories coming out (hopefully), but I can’t talk about them yet. I’m pitching my little heart out for both licensed work, as well as creator owned. I’ll be a guest at Salt Lake Comic Con in March. I think that’s it.

And with that, my questions had been answered, though I could have come up with fifty more. Nonetheless, as an artist and a human, I found her insights and attitude practical yet positive, and I greatly respect and admire her accomplishments, including being supercool (it’s a rare trait). Please check out Erica’s work. She kinda rocks. 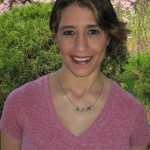 You can find Erica on Twitter @EricaSchultz42
Find out what Erica is up to: ericaschultzwrites.com
*Find Claire Connelly  on Twitter @CkConnellyDraws
*And on her website : claireconnellycomics.com