I was twelve years old the first time I saw a Studio Ghibli film. It was early September, and Princess Mononoke came home with me from Blockbuster in a stack of VHS tapes I had picked out for my slumber-slash-birthday party.

A hundred Disney movies could not have prepared me for the experience. The animation in Princess Mononoke is inarguably masterful, as everyone will tell you, but the precision and beauty is evenly matched by character development and a complex storyline.

As soon as Ashitaka came on screen I was mesmerized, not only by his representation visually, but by the quality of his backstory. When San turned out to be a girl who runs with wolves it felt like something out of my daydreams; her feral, moral strength was something I’d been hungering for. Even Lady Eboshi carried a certain charm for me, though she was clearly supposed to be one of the antagonists.

The bottom line is that these characters are all complicated, conflicted, and very-sincerely human.

Since then I’ve spent a lot of time watching Studio Ghibli films, and for me — and I think for a lot of other people– Princess Mononoke still stands out. But what about the rest? Where do you start?

I’ve written short reviews for several of my favorite titles to help anyone who might be new to Studio Ghibli’s films. Check ‘em out, and feel free to argue for your favorite films in the comments below.

My Neighbor Totoro: Most Approachable 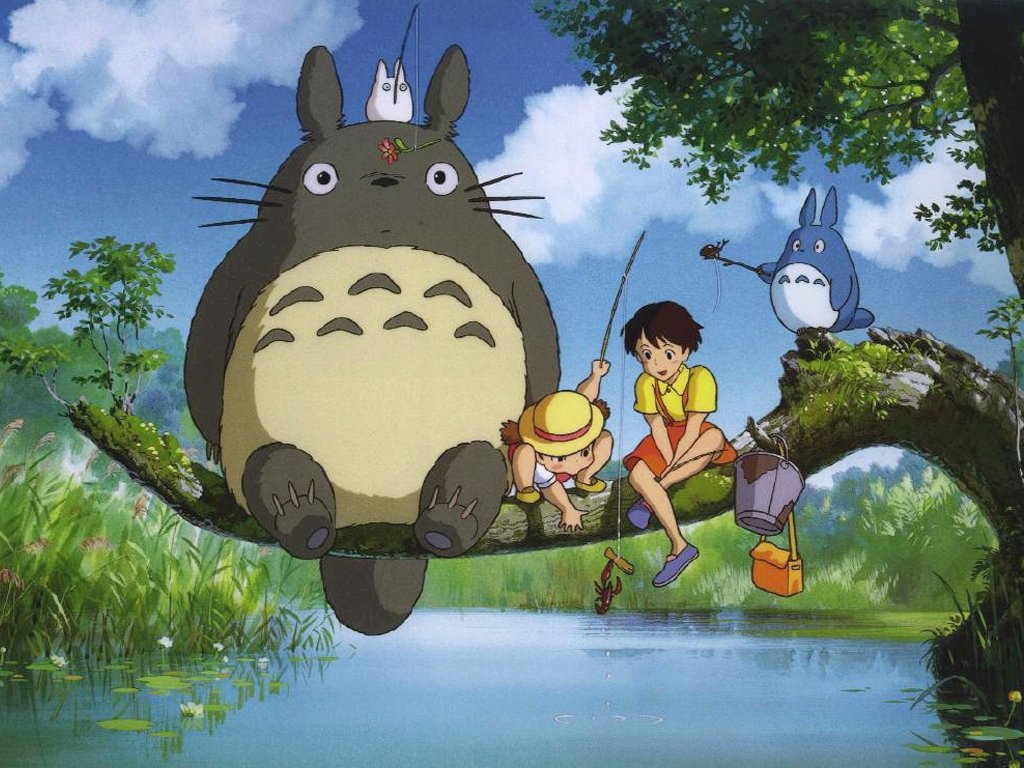 My Neighbor Totoro is one of the most widely acclaimed Studio Ghibli films, with due reason. Studio Ghibli excels in the ability to make you empathize with their characters, and this is seldom as true as it is in this film. Although Totoro deals with the ability of children to process tragedy, the storyline is not heavy-handed, and I’d consider it good entry-level Ghibli for anyone open to fantasy and imagination. It doesn’t hurt that it’s also one of the funniest of the studio’s films.

Spirited Away: Most Rewatchable 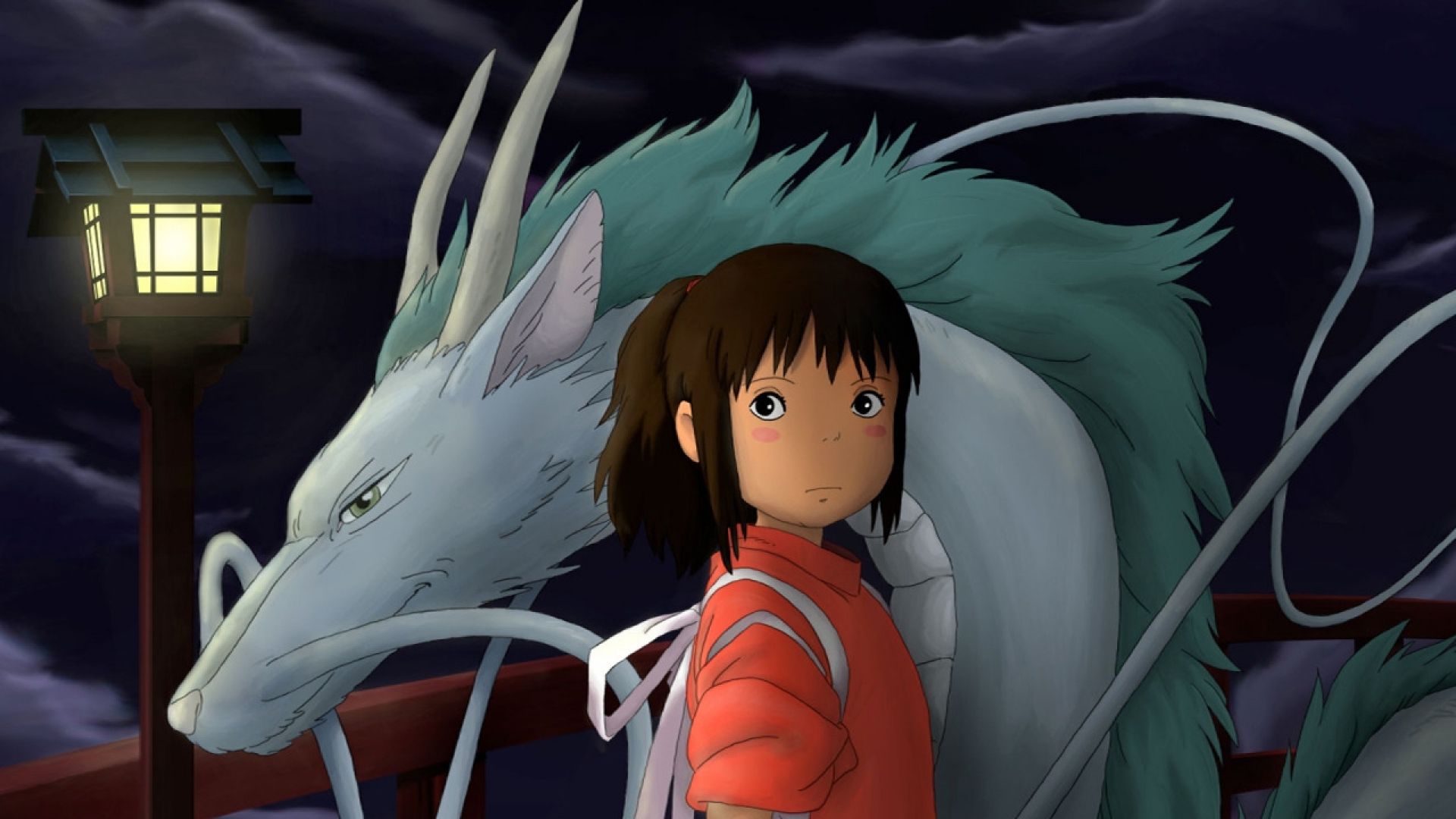 Spirited Away will always remain one of my favorite Ghibli films. It’s an extraordinarily immersive film, like Princess Mononoke but with a decidedly heavier dose of Japanese mythology. It’s beautiful to watch– and to decipher, even as an outsider– and the feeling of the protagonist becoming submerged in bathhouse life by accident allows for– in my opinion– a greater involvement of the viewer. You’d better believe my dad would be psyched to find a strangely unoccupied buffet, and I would be hugely unprepared to save him from swinedom. 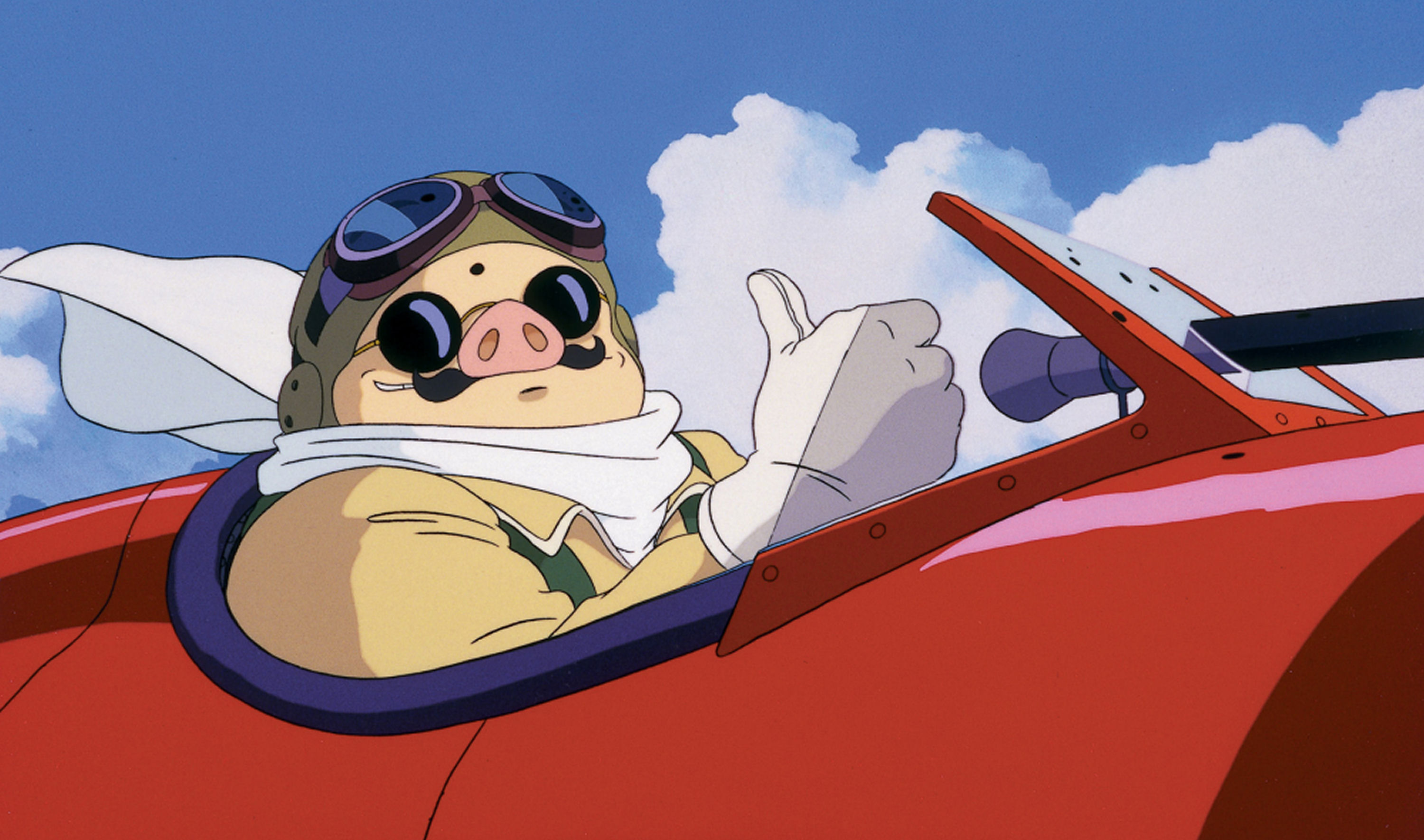 Speaking of swinedom: people love it, but I think that Porco Rosso is one of the weirdest Ghibli films. Although the implication that war makes men into pigs is compelling, I had a hard time connecting with the brusque, almost grotesque characteristics of the title character, which problematized my ability to connect with the narrative. It felt like I was watching a pig version of Humphrey Bogart complaining, when I’d much rather watch Bogart complain. Still, if you feel comfortable with heavy-handed metaphors, and you’re already pretty familiar with Studio Ghibli’s anthropomorphic animals, give this one a try.

At the very least, you’ll be able to argue with me about it.

Grave of the Fireflies: Most Heartbreaking 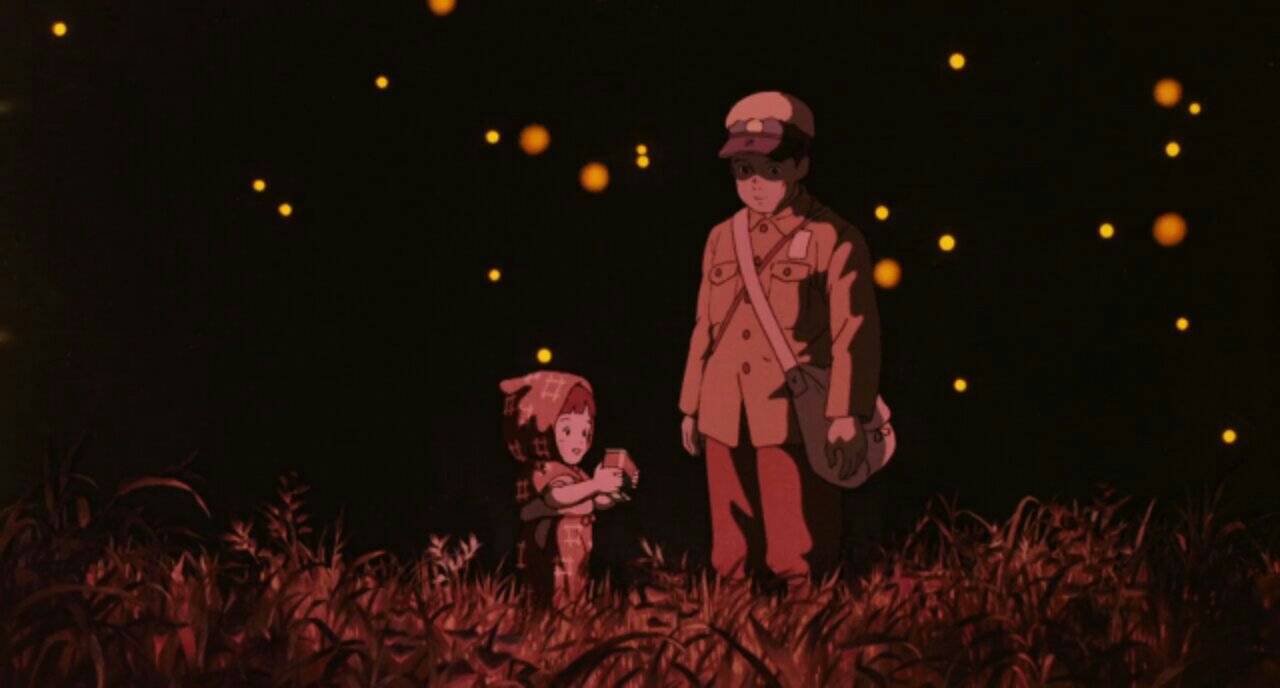 I’ve heard it called overdramatic, but Grave of the Fireflies remains the darkest, most heartbreaking film produced by Studio Ghibli. Again focused on the theme of tragedy in childhood, Grave has none of the humor or tension release that makes My Neighbor Totoro so rewatchable, and instead leans much heavier on the feels. I’d make sure you’re in the right mood for this one, because it’s a doozy.

The Cat Returns: Most Unexpected 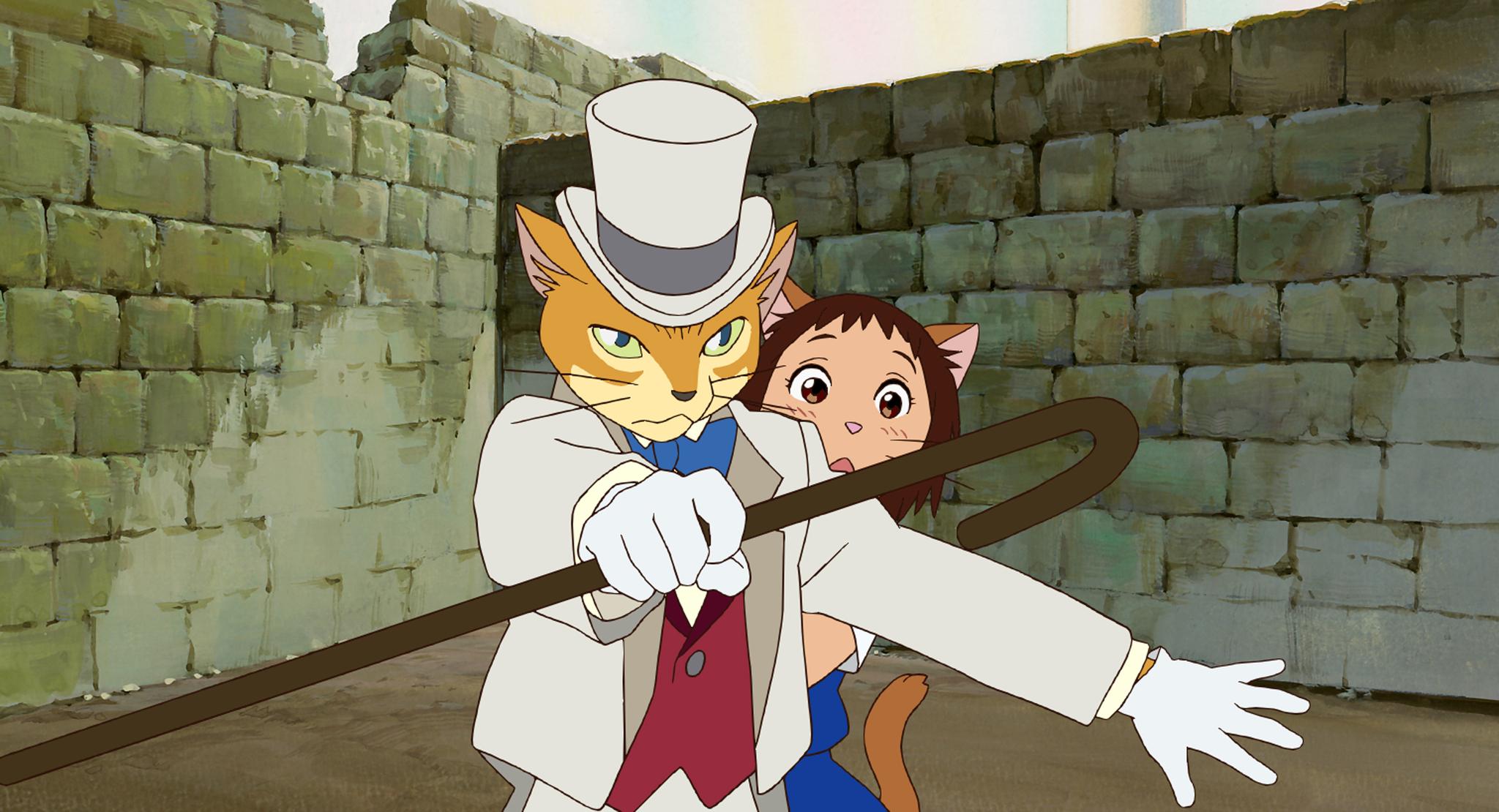 The Cat Returns gets my vote for most unexpected Studio Ghibli success. I was caught off-guard by the sheer dapperness of Cat’s protagonist. Somehow the absurdity of the film lends itself to the developing humor, making this one of the most humorous films to come out of Studio Ghibli. It definitely doesn’t have the visual fidelity of films like Princess Mononoke or Spirited Away, but it is a wholly enjoyable film anyway. Definitely worth watching if you’ve run out of Hayao Miyazaki material.

The Secret World of Arrietty: Most “Western” 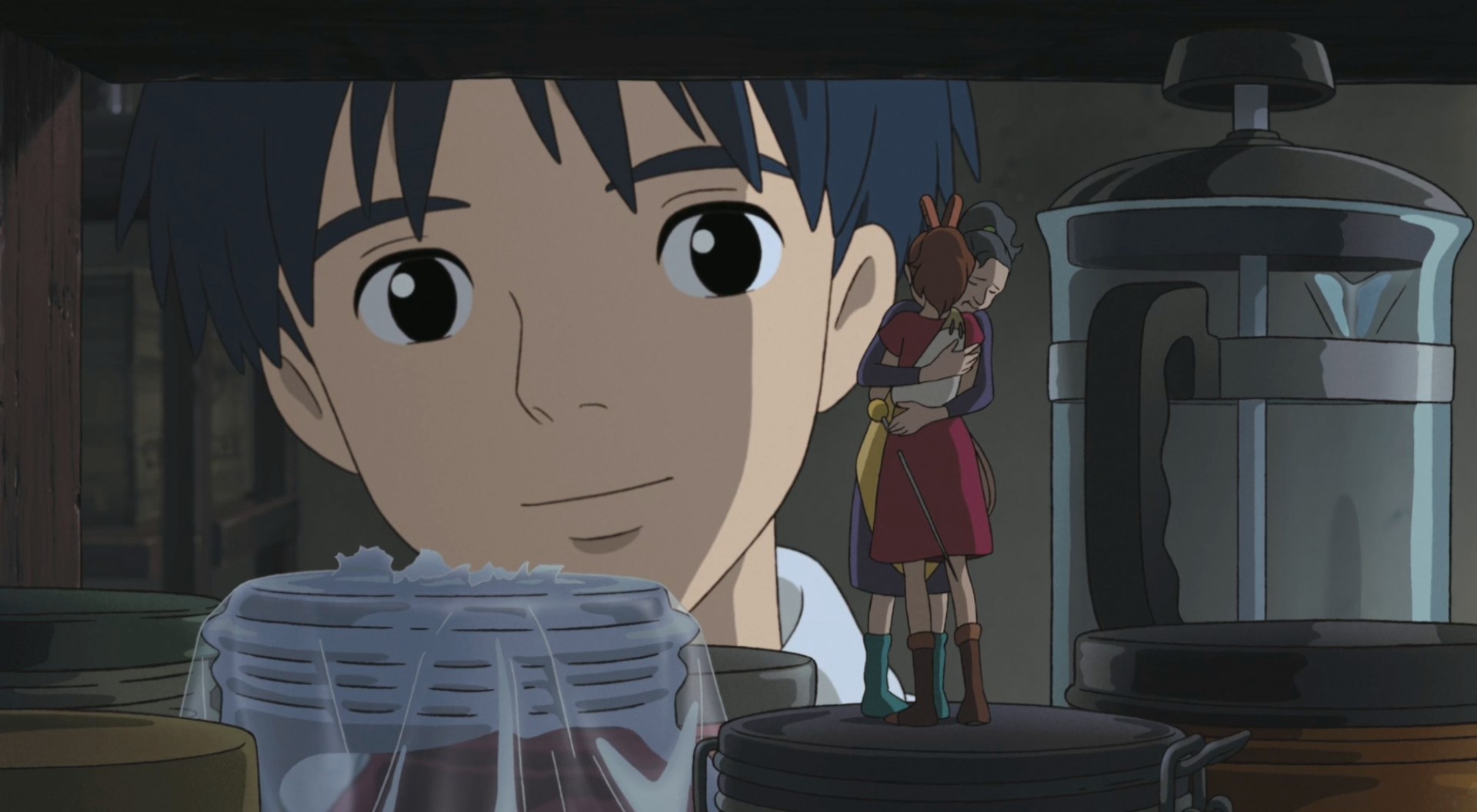 It might be my history with Mary Norton’s novel The Borrowers, but I find The Secret World of Arrietty charming. It’s been criticized as lacking the cohesiveness of films like Mononoke, but I think the gaps in the narrative can be eclipsed by nostalgia for anyone who read the book. Studio Ghibli has always excelled in the representation of young, charming protagonists, and Arrietty is no exception.

Between the story’s history and an all-star dub cast including Amy Poehler and Will Arnett, this film emerges as one of the most western of Studio Ghibli’s productions. If you want to watch an SG film with someone who might not understand the bathhouse from Spirited Away very well, this may be a better choice. 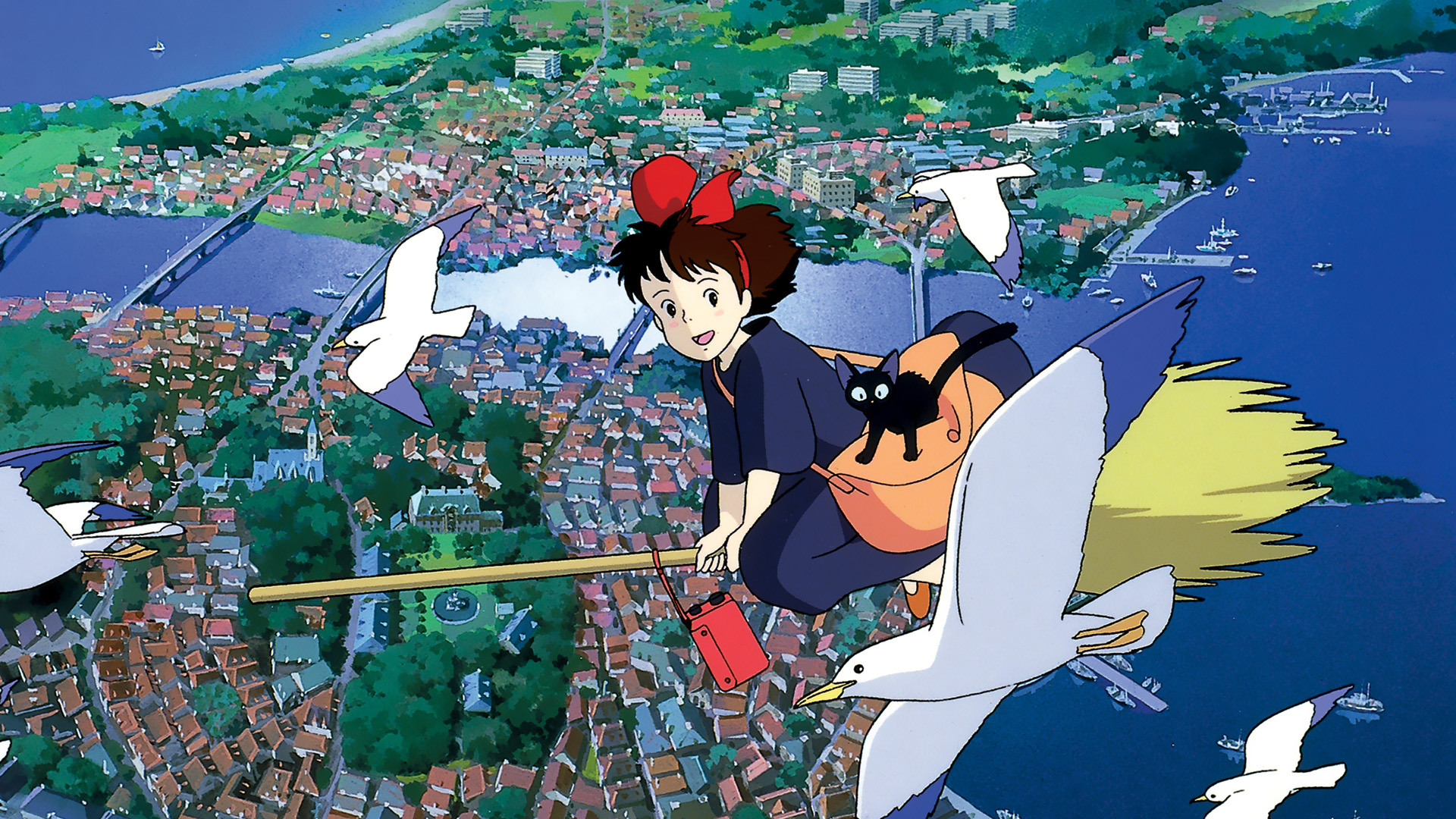 Of all the Studio Ghibli films directed by Hayao Miyazaki, Kiki’s Delivery Service stands out to me as the most trite. Although Kiki’s tale is a an enjoyable coming-of-age story from start to finish, it doesn’t offer the same compelling “response to the heroic call” that the other narratives do. This might be a better film for younger audiences …as long as you don’t mind exposing your children to lighthearted witchcraft.

Nausicaa of the Valley of the Wind: Most Hipster Points 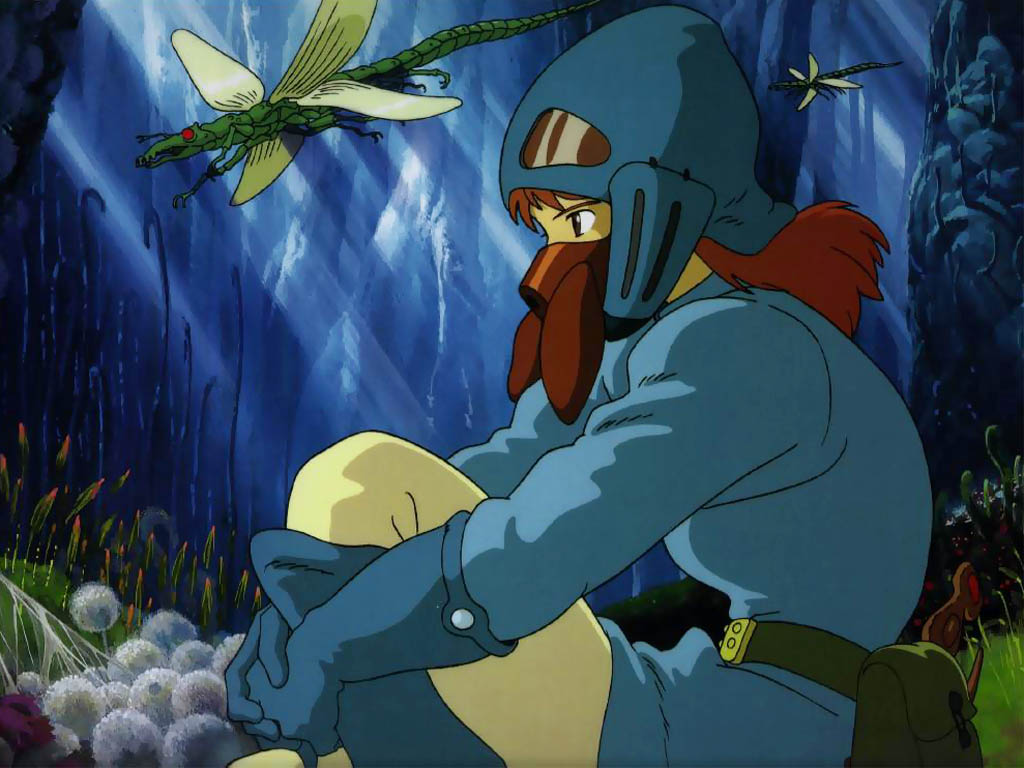 “I watched Studio Ghibli films before they were even Studio Ghibli films,” you might say, if you’ve seen this movie and you’re talking to a hipster at a party. Though not technically a Studio Ghibli film (it was released a year before the Studio was founded), Nausicaa benefitted from most of the same creative minds who would join Ghibli when it opened, so you can definitely argue that it “deserves to be included in the greater body of work.” I’ve heard other critics claim that Nausicaa lacks substance, but I’ve always loved the empathetic, flying beauty who fearlessly stands up for what she believes in.

If you’re new to Studio Ghibli it might be best viewed before Princess Mononoke, as they have similar themes, and Mononoke might achieve those themes more gracefully. In any case, the film is worth watching just so that you can say stuff like “they have similar themes, which Princess Mononoke achieves more gracefully,” at parties. 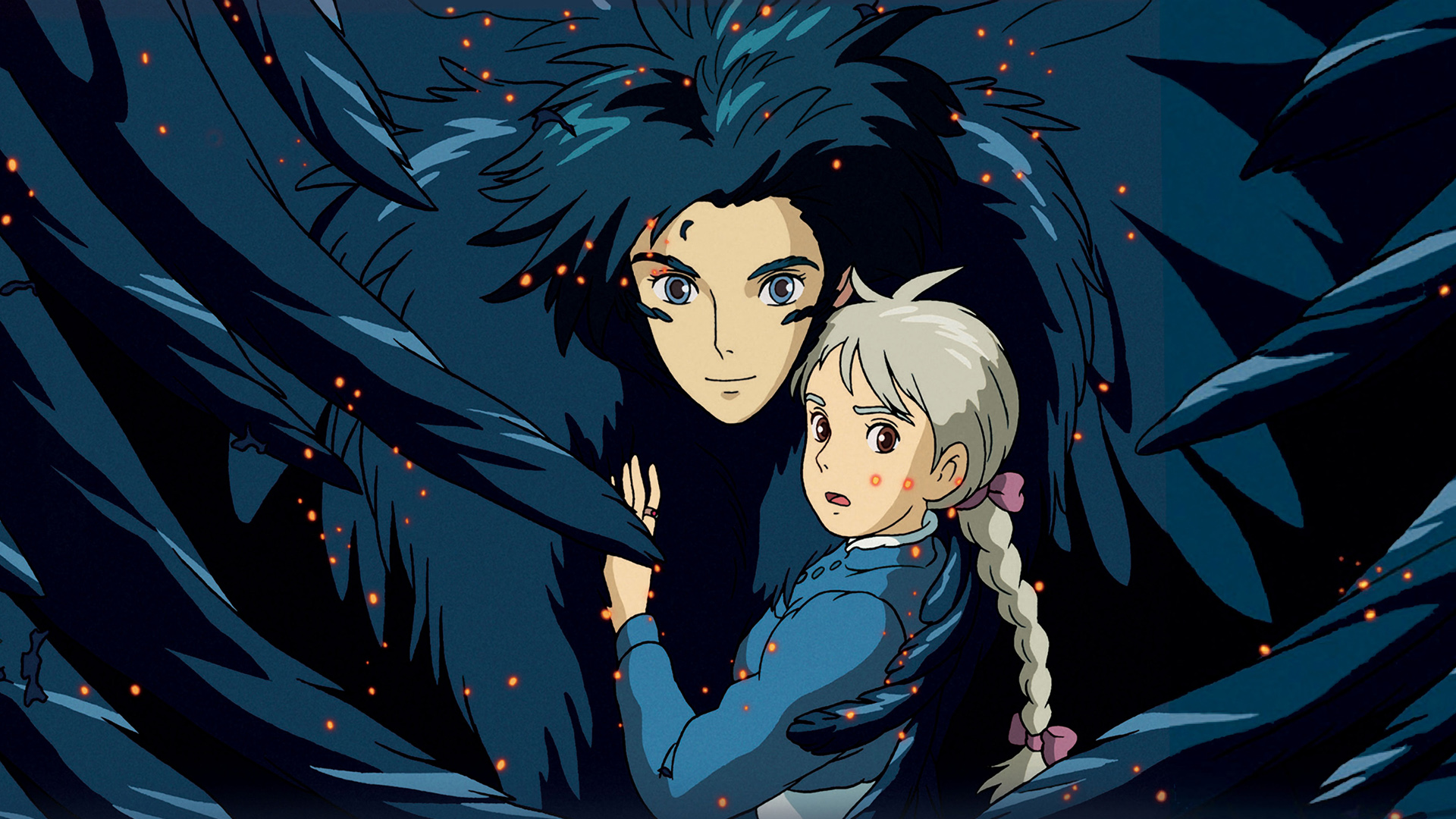 I always encourage first-time viewers to watch Studio Ghibli’s work with subtitles, but I think that rewatching them with dubs allows for greater attention to visual detail. A great place to start rewatching is Howl’s Moving Castle, which (despite its somewhat non-linear plot) is an excellent example of fascinating animation, and which happens to boast my favorite dub of the collection. Spoiler: if Christian Bale had his heart stolen by a demon, I would definitely transform into an old woman and stick around to try and help him out. NBD.

Tales from Earthsea: Most Skippable 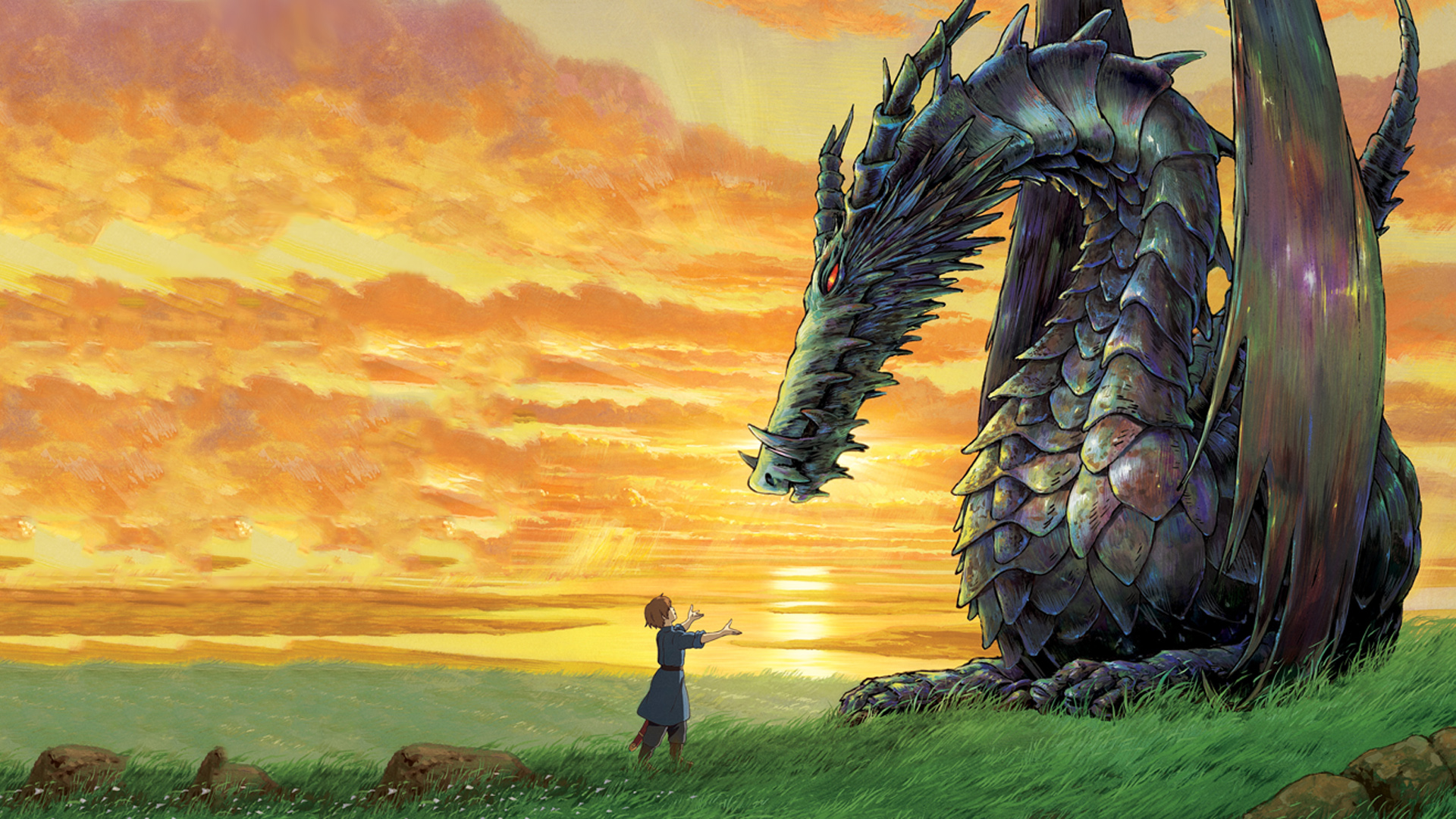 Though all viewers have unique experiences with the films of Studio Ghibli, there’s a general consensus that Tales from Earthsea is the most skippable of the studio’s productions. Although Hayao Miyazaki’s son would go on to successfully direct other films, Earthsea was a largely unsuccessful adaptation, and is definitely worth skipping. If you disagree, I’d love to hear why.

The Tale of Princess Kaguya: Cream of the Recent Crop

Of all the Studio Ghibli films released since Hayao Miyazaki stepped down, The Tale of Princess Kaguya is by far the best. This is, of course, with the understanding that I haven’t yet seen When Marnie Was There, which could be amazing. (If it’s amazing, please let me know. It’s on my list.)

Anyway, Kaguya is a Studio Ghibli film completed entirely in watercolor, which is almost as amazing as the fact that the film got one hundred percent on Rotten Tomatoes. That.is.crazy. With this film Studio Ghibli seems to reclaim the sort of storytelling that inspired films like Princess Mononoke, including the complex emotional subtext and slow burning romance. It absolutely renewed my confidence in the film studio after Ponyo, which lacked narrative substance. If you call yourself a Ghibli fan and having seen Kaguya yet, all I can say is shame on you. 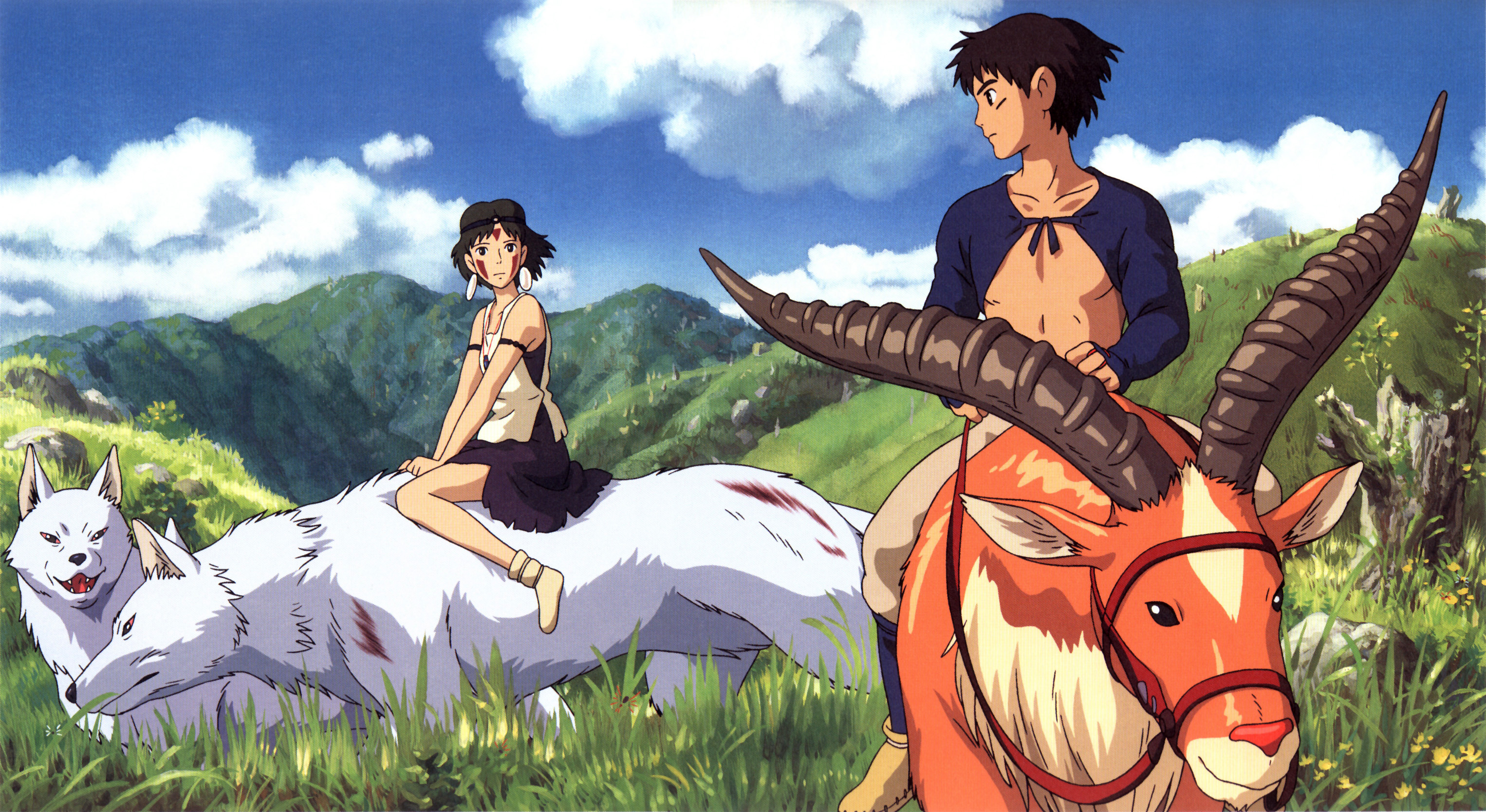 You probably saw this coming. It might be partially informed by nostalgia, but Princess Mononoke has always stood out for me in terms of narrative cohesion, character development, and complexity. I love the strength of the women portrayed here, and find it inspiring that Lady Eboshi could have been the protagonist with only a few slight changes of POV. That, my friends, is art.

This list certainly isn’t comprehensive, and I invite you to argue with me (or propose additional titles) in the comments below. And of course, if you haven’t yet fallen down the Studio Ghibli rabbit hole, I hope you’ll take the time now. I recommend the journey for anyone with an imagination.