I’m assuming if you’re here, you probably are already a podcast listener, but it’s a big world of recorded media out there, so I’m here with six of my favorite nerd-friendly (though aren’t all podcasts pretty much nerd-friendly in their own special way?) podcasts to add to your playlists!

To me, this is the godfather of nerdy podcasts. Since 2002, Jad Abumrad and Robert Krulwich (who joined the show shortly after it began) have been putting out one of the highest quality podcasts on topics ranging from an examination mortality to an analysis on time and space itself. Through expert sound engineering and a keen eye for concepts that are both exhaustingly intriguing yet entirely relatebale, Abumrad and Krulwich have been educating and entertaining listeners of their show on WNYC for years. If you’re a fan of the recent Netflix phenomenon Making A Murderer, you were almost three years behind loyal fans of Radiolab, which featured a segment about Penny Beernstein as part of an episode called Are You Sure? back in March 2013. Regular guests include the late, great Oliver Sachs as well as everyone’s favorite astrophysicists Neil DeGrasse Tyson and Brian Greene.

Hello From The Magic Tavern

A relatively new show, Magic Tavern has quickly become one of the shows I look forward to most each week. The show is an interview show with a twist. Host Arnie Kniecamp, in an unfortunate twist of fate, fell through a mysterious rift in space while waiting in line at a Burger King drive-through and found himself in the magical land of Foon. He still gets some wi-fi (presumably the signal makes it from the Burger King through the rift as well), and is using the connection to interview the denizens of his new magical home. He is joined weekly by his co-hosts Chunt the shape-shifter (who is usually in the form of a badger) and Usidor the Blue (Wizard of the 12th Realm of Ephysiyies, Master of Light and Shadow, Manipulator of Magical Delights, Devourer of Chaos, Champion of the Great Halls of Terr’akkas. The elves know him as Fi’ang Yalok. The dwarves know him as Zoenen Hoogstandjes. He is also known in the Northeast as Gaismunēnas Meistar.) and based out of a tavern named the Vermillion Minotaur. This would all be insane if the show was real, but its definitely not (right?). The hosts and all their guests are really just friends and fellow improve comedians. As they riff off one another they establish the lore of Foon which is all documented here. 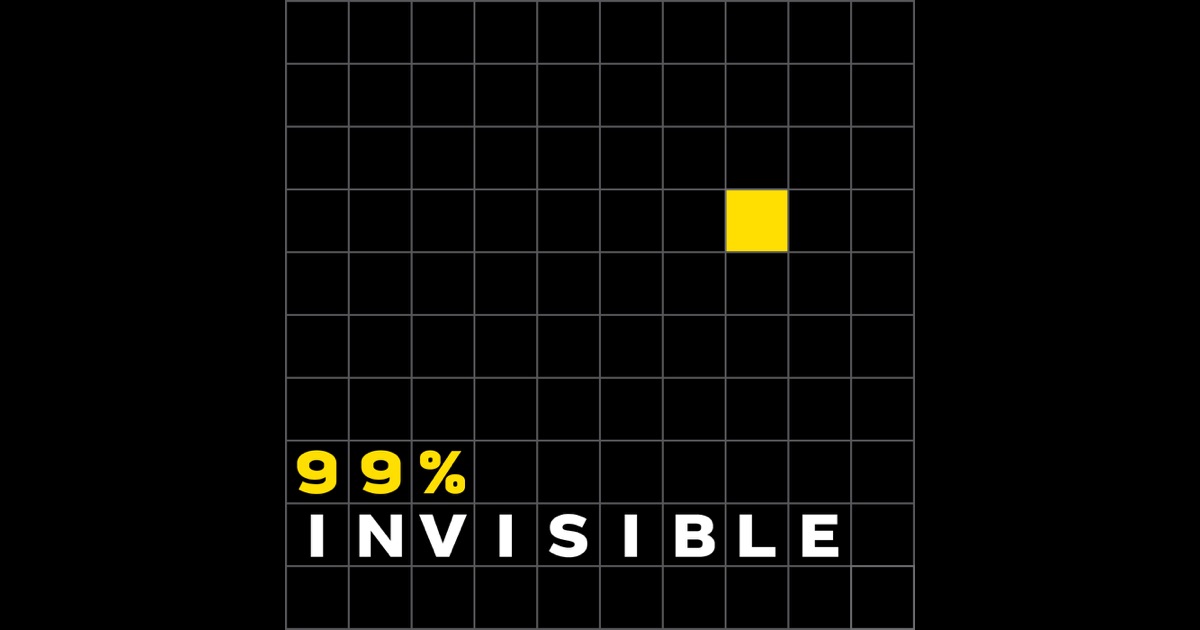 Often referred to as the “Radiolab/This American Life of architecture and design,” host Roman Mars (great name or greatest name?) creates beautifully produced and extremely bingeable content, each episode is only around 15 to 20 minutes long. The show brings to light so many things that you see every day and maybe never even noticed like that bank in your neighborhood that kinda looks like a Pizza Hut or that weird set of stairs on the side of the office building around the corner that seemingly lead to nowhere. Over time Mars has not just become a widely renowned podcast creator, but also a champion of the form himself as one of the founding members of Radiotopia, a collective of incredible podcasts that you should DEFINITELY check out. 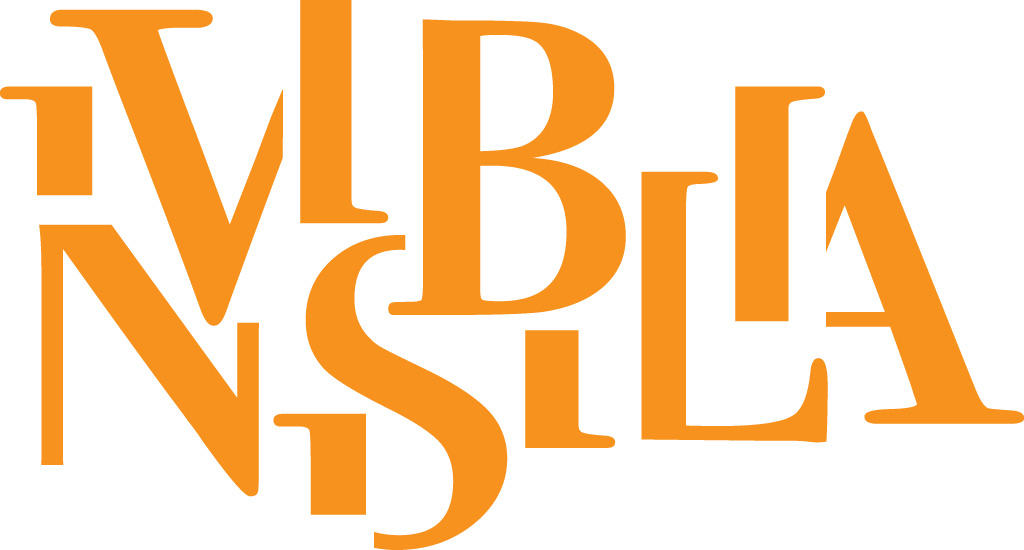 One part This American Life and one part Radiolab. Literally. Co-hosts Alix Spiegel and Lulu Miller left their respective posts at the hit radio shows and broke off on their own to bring us a perfect blend of what made the two parent shows the behemoths of the podcast world that they are. As the show’s description puts it “Invisibilia (Latin for all the invisible things) is about the invisible forces that control human behavior – ideas, beliefs, assumptions and emotions… Invisibilia interweaves narrative storytelling with scientific research that will ultimately make you see your own life differently.” Don’t get too attached though, Invisibila gave us six incredible hour-long episodes, and hasn’t been heard from since a last one-minute update back in July 2015 where they promise that season 2 is in the works.

Best Episodes: There are only 6 so I think you can manage but I really liked The Secret History of Thought. 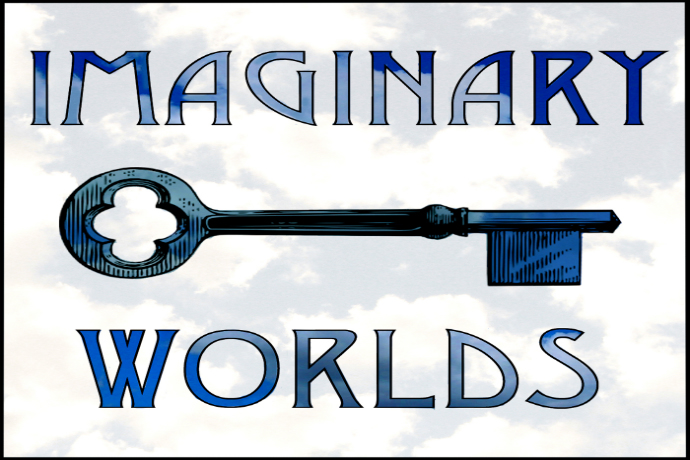 Imaginary Worlds is another podcast that only recently got added to my rotation, but they did so in grand style by doing a 5-part series on Star Wars that helped me stoke my fandom fire during the run up to the release of The Force Awakens. Creator Eric Molinksy explores the worlds we create through science fiction and fantasy, the tropes behind them, and why they exist at all. It’s most recent episode, Inside the Snow Globe, even went so far as to posit that maybe the podcast itself, the one Molinsky himself created, through a series of tenuous connections is really just part of the St. Elsewhere expanded universe.

Back in the summer of 2014, three brothers named Justin, Travis, and Griffin McElroy (who collectively make more podcasts than I can even remember) were joined by their father to make a bonus episode for their flagship show My Brother, My Brother, and Me. The concept was simple. The brothers + father McElroy would gather round the table, D20s in hand, and play a game of Dungeons & Dragons. The episode was so popular that it became its own show. Now, two and a half years later, the family has saved the world many a time with the wise Griffin as Dungeon Master. Originally following the story contained within the D&D 5th Edition Starter Set (which is a great set to pick up if you’ve never played D&D before and want to start), the story has veered off course, following its own path past robot gladiator pits, runaway trains, and magic moon bases.

Best Episodes: Oh man, I think you should just start at the beginning here too.

Now there are plenty more where these came from and at some point I’ll do a follow up, but if you have favorites that you’re incensed were left off the list (I see you WtNV) add them to the comments below.