I wont tell you my age, but lets just say I can remember when I would ask my father for $2 dollars(which was my allowance at the time) to go to the corner store a couple of blocks away. I would go and pick up two comic books, a small bag of potato chips, and something to drink like a juice box.  Today I could barely get the chips, not to speak of the comics or the juice box.  But so is the price of inflation.  Comic books aren’t immune to the concept of times changing and prices rising.  Prices today on your average comic book from one of the major publishers can range anywhere from $2.99 to $5.99 and higher.  That’s a long way form my journey to the corner store prices. 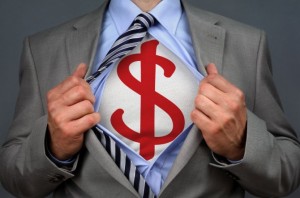 You would think that these publishers were making a killing charging these prices per issue, all the while these books haven’t gotten any bigger, still coming in around 22 pages of content.  But this isn’t necessarily the case.  There are a lot of hands in the pot when it comes to dividing up the profits of a comic book sale.  You have the talent, Artist and Writers who demand top dollar, there’s material costs, utilities, building fees, printing costs, storage, shipping, etc., the process can get very expensive indeed.  Not to mention competing costs. Not only are these publishers in competition with each other for their talent, but a more lucrative suitor competing for attention…Hollywood.  Tinseltown could offer these talented people better paying jobs like Concept Artists, Story boarders, Digital Artist, Writers, and  Screen writers to name a few.  It only makes sense that the Comic companies would attempt to pay their talent top dollar.  Some publishers try to keep their prices lower, these are usually independents.  Others just charge more for their top selling titles with the best creative teams on them.  Most of the profit comes from trade paperbacks(a compilation of a story arc usually covering 4-6 issues released months after the arc has been completed), instead of individual issues.

All that being said, where does this leave the fans shelling out all the dollars for their hobby they love so much, while getting more expensive to maintain?  What are some possible answers to high prices and a waning clientele?  Maybe selling more ad space in the comics to help offset the price.  Moving to a six week release schedule instead of the current four week one they use now.  Possibly giving more content in the issues by going from the standard twenty two pages to thirty two.  Could bringing back something they toyed around with before, providing free digital downloads by giving codes with book sales be done again?  The popularity of comics and everything they spin off are currently in the highest of demand.  The films are major cash cows, the TV shows and cartoons have huge followings…but this hasn’t translated over to comic book sales.  Gimmicks like re-numbering titles, reboots all together, killing off characters, cross overs and team ups provide temporary boosts, but studies show the numbers soon fall to their old levels.

The biggest danger in all this is in the ability to grow the fan base.  New readers who are turned off by the high prices, or young readers who can’t afford to pay $4 dollars an issue will bypass the medium altogether.  Missing issues in comics is different from say, missing episodes of your favorite TV show.  With services like HULU and Netflix let you binge watch and make up lost episodes for a single fee…maybe a comic book equivalent to this is the answer?  Something must be done, prices can’t continue to rise like they have and fans still be expected to stick around and roll with the increases.