Comic book movies are huge. I’m sure this isn’t news to you. In 2016 alone we’re getting Deadpool, Batman v Superman: Dawn of Justice, Captain America: Civil War, X-Men: Apocalypse, Suicide Squad, Teenage Mutant Ninja Turtles: Out of the Shadows, Gambit and Doctor Strange. That’s insane. It can also be a little overwhelming. I don’t subscribe to the theory that there’s a superhero movie fatigue, or even that there’s going to be one any time soon, but I can see why people would be looking for some counter-programming.

Well you’re in luck! And you don’t have to look any further than other comic book adaptations. Comic books are a varied source material, just like novels. They’re not all sculpted rubber and big green monsters. So I’ve gone ahead and listed a few comic book adaptations that are worth checking out and that you may not have known we’re adaptations in the first place. 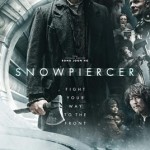 If you want just the right mix of weird and arresting images, earnest social commentary and inventive sci-fi then you just need to mix a French graphic novel with South Korean film sensibilities. Snowpiercer is an adaptation of Jacques Lob’s and Jean-Marc Rochette’s Le Transperceneige by director Bong Joon-ho, one of my favourite working directors. The story is a classic sci-fi parable about class using a symbolically loaded train. Everyone in the movie is giving it their all. Chris Evans is a perfect centre for the madness around him as Ed Harris, Tilda Swinton and Alison Pill all put in unhinged performances. And only Bong Joon-ho would have the New Year’s scene in a movie and have it work so well. 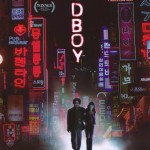 Even though I actually kind of liked Spike Lee’s 2013 Oldboy remake I’m going to stick with the original South Korean film directed by Park Chan-wook. The movie is based on a manga series about a man locked up in a hotel room for 15 years and his search for his captor once he’s suddenly released. It’s an intense story full of dark themes and dark moments that are kept balanced with that inimitable South Korean sense of humour. Plus, you know, that hallway hammer fight. Oldboy was a classic almost immediately and is without question one of the greatest comic book adaptations. 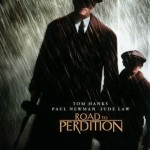 Also known as The Movie Where Tom Hanks Plays a Gangster. Perdition is based on the novel of the same name by Max Allan Collins, and pretty deeply informed by the manga series Lone Wolf and Cub. A father-son tale that’s filled to the brim with beautiful period imagery – rightfully winning Conrad Hall a posthumous Oscar for Best Cinematography – and some underrated work by a wide variety of actors. If you can get over Jude Law’s weirdly shaved head you can appreciate the rest of his weird performance and Daniel Craig is almost unrecognizable now that he’s cemented himself as Bond in audience’s minds. But the real reason to check it out is Tom Hanks stretching himself in ways he never has before, playing a cold hard-ass while still maintaining that warm, fatherly Hanksness. There are two scenes in the movie between Hanks and Paul Newman that can be counted as some all-time best work for both of them. 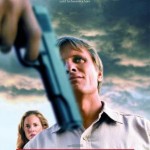 One of the greatest films of the 21st century and the beginning of another stylistic trilogy from director David Cronenberg. A History of Violence is an adaptation of the graphic novel by John Wagner and Vince Locke. The movie takes liberties with the original, using the basic story as a framework and creating a meditation on family, masculinity and – of course – violence. You know a movie is great when you get Stephen McHattie, Ed Harris and William Hurt in small supporting roles and they still act the Hell out of it. 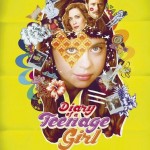 This movie has been overlooked this awards season, which is a shame. The Diary of a Teenage Girl is a funny, sensitive and unwavering look at a teenage girl dealing with her family, her sexuality and the general morass that is coming-of-age. The leads are all played perfectly and honestly and Bel Powley as the teenage girl, Minnie, is a bit of a revelation. It’s written and directed by Marielle Heller and based on the graphic novel by Phoebe Gloeckner. I haven’t read the book but it’s on the top of my list now that I’ve seen the movie. 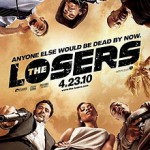 The Losers was only the second-best disgraced-team-on-a-mission movie the year it came out, which is more a testament to my love of The A-Team than any fault in The Losers. A collection of great actors – including Chris Evans, racking up comic book roles like notches on a bedpost – star as a team who fake their deaths on a mission-gone-wrong and plan to take revenge on the man who tried to kill them. While it’s maybe not a huge surprise that The Losers is based on a comic property it’s definitely been a bit forgotten. It’s a winning adaptation that makes pretty good use of its cast – except, perhaps, the constantly underused Zoe Saldana – and doesn’t try to reinvigorate the genre, just do it really well. 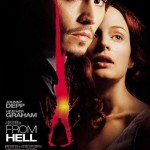 While inferior to Alan Moore’s fantastic graphic novel, the film version of From Hell is still a decent period whodunnit. Johnny Depp’s Inspector Abberline is trying to solve the Jack the Ripper case. It isn’t Depp’s most inspired work, but Abberline wouldn’t be out of place as the flawed hero in a present-day cable drama. Heather Graham is fairly forgettable but Ian Holm is a powerhouse in his supporting role. The film is straight-forward, almost crudely condensing the in-depth book its based on, but it’s good-looking, well-shot and fairly underrated these days. 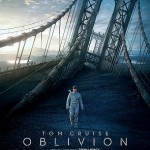 Tom Cruise always does his best work in sci-fi, and thankfully he has enough clout to actually get big sci-fi movies made. Oblivion, directed by Joseph Kosinski, is absolutely gorgeous. It’s also based on Kosinski’s unpublished graphic novel, which makes its inclusion a bit of a cheat. But oh well. Kosinski isn’t one of the top talents when it comes to story but his production design is insane. Oblivion is generally a fairly straight-forward post-apocalyptic story with some twists and turns here and there. The real reasons to watch are the visuals, Cruise’s never-phoned-in performance and the score by M83. The Blu-ray release even allows you to watch it with just the isolated M83 score playing.

There are others worth mentioning, some that are more well-known as comic book adaptations, like Men in Black, V for Vendetta or Mystery Men. And others, like Barbarella or Ghost World, that might be less-known. The important thing to note is that comic books as a medium are as varied as any other. Judging them strictly on their cape-and-tights output is wrongheaded. It’s robbing yourself of some great movies. And who would want to do that to themselves?