Full disclosure, I have met Renae De Liz and Ray Dillon at conventions and am on friendly terms with them.

This week, The Legend of Wonder Woman comes to print, with issue #1 collecting chapters #1-3 of the digital first series from DC Comics. The series takes place in its own universe and continuity, outside of the modern day DC Universe and begins with a new take on the origins of Diana AKA Wonder Woman. But it’s not a rehash that will leave you bored because you know all the beats. This all-ages fairy tale take is beautiful to look at and has several new twists that separate it from the New 52 and more classic tellings of the origin. There’s political intrigue, multi-racial characters, and lots of stuff to say about love, choosing your own path in the world, and how to respond to challenges brought against you. 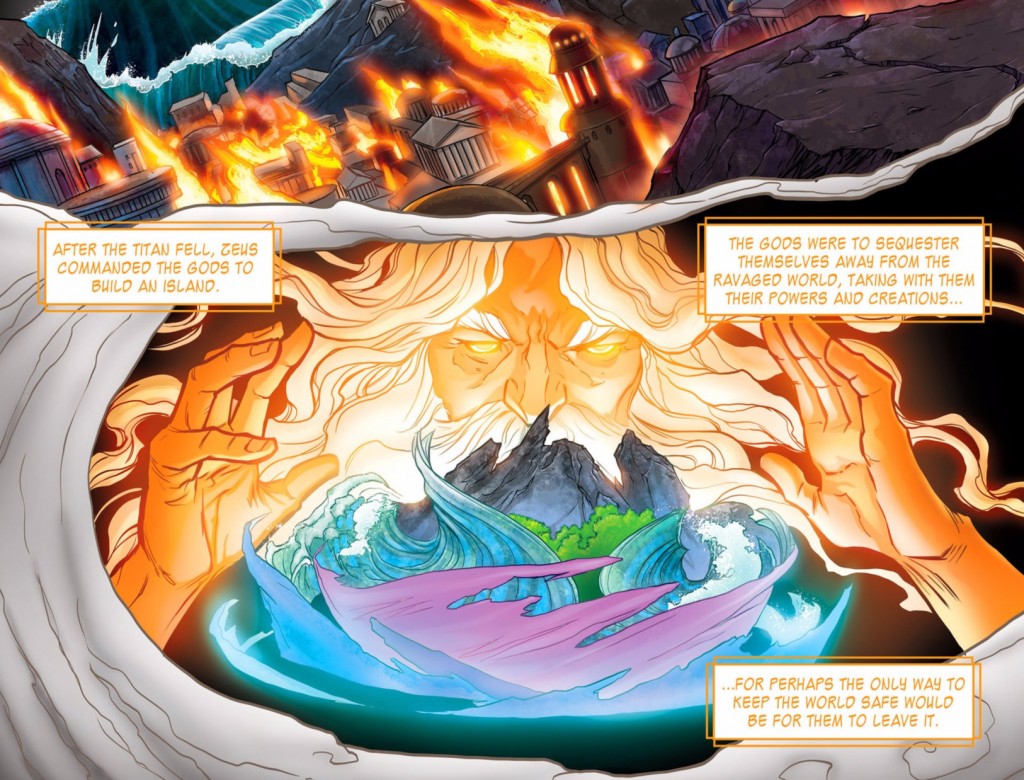 The art is simply lovely. Renae De Liz delivers a style that may seem simple at first glance but gives great attention to expression in faces and eyes, and does a wonderful job of giving you the scale of the Amazons’ world and history. Dillon’s inks and colors beautifully complement the pencils, with lovely blue, cool colors surrounding the queen who must think of her duty rather than her desires, and warm, earth tones in scenes that feature the warriors who concerned with more grounded, tangible matters. How it looks alone is a huge selling point. 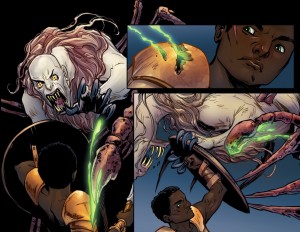 From this point on, I’m going to spoil some plot points and how this tale of Diana is different from other origin stories. The island of Themyscira is magical in a new way. Like Peter Pan’s Neverland or certain Celtic myths, this is a place that shifts and moves of its own accord and not all the creatures that live there are friendly to the Amazons. This gives real, tangible reason for certain Amazons to still be warriors on a regular basis, protecting the city and its people from manticores, mermaids, giants and other creatures.

Here, the Amazons age like normal people, except for Queen Hyppolyta and certain others chosen to help her lead. They are made ageless, the price of which is infertility (which some of them seem perfectly fine with). While the New 52 Amazons repopulate their island by seducing sailors who are then killed, The Legend of Wonder Woman provides a less bloodthirsty, more magical solution. Every ten years, the magical energies of Olympus descend on the island of Themyscira and certain women are allowed to become pregnant.

Which brings us to Diana’s birth. I’ve never liked the New 52 revision that Diana is simply the child of Zeus and Hyppolyta after they had a one-night affair. I think it takes away Diana’s unique origin and makes her just like Hercules, Gilgamesh and so many other myths, and that it goes against the original vision of her as a feminist hero by crediting her super-powers to inheritance from a male god. I also simply preferred the idea of Wonder Woman’s original creator, William Moulton Marston, that Diana is created by the love of Hyppolyta and the compassion of the goddesses of Olympus who then grant her a daughter by turning a clay child into flesh. I think that’s rather beautiful. 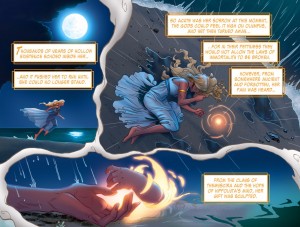 Here though, De Liz presents a new version of Diana’s birth that might now be my favorite. It’s neither Zeus nor Hera nor any god of Olympus who grants Hyppolyta her wish. They know that over the centuries she finds an increasing longing for a child, but rules are rules. Instead, it’s the mystical island itself that reacts to the queen’s sorrow and longing, and that love combines with the mud on the island’s beach to form a baby that magically comes to life. Hyppolyta’s potential for love is that strong that she inadvertently defies the limits of Olympus. That’s love and defiance rolled into one, which is a perfect way for Wonder Woman to be born.

The story moves ahead to later on in Diana’s childhood. We see that while other children pay attention to their lessons and are to follow the roles they’ve chosen or that have been chosen for them in dreams given by Olympus, Diana looks to the horizon instead. She is not a frequent target of bullying and hatred as she is in the New 52 version of her childhood, but she still stands apart from her “sisters.” She wonders about the outside world, she resents that the Amazons must obey the will of Olympus without question, and she’s not sure she wants to be an immortal queen one day as her mother hopes. We see her challenge and be challenged by both her mother and the warrior Alcippe, two women who will help shape her into the hero we know and who have very different feelings about her. In all of this, Diana pushes forward, determined to learn what she needs to in order to grow into what she think she can be. 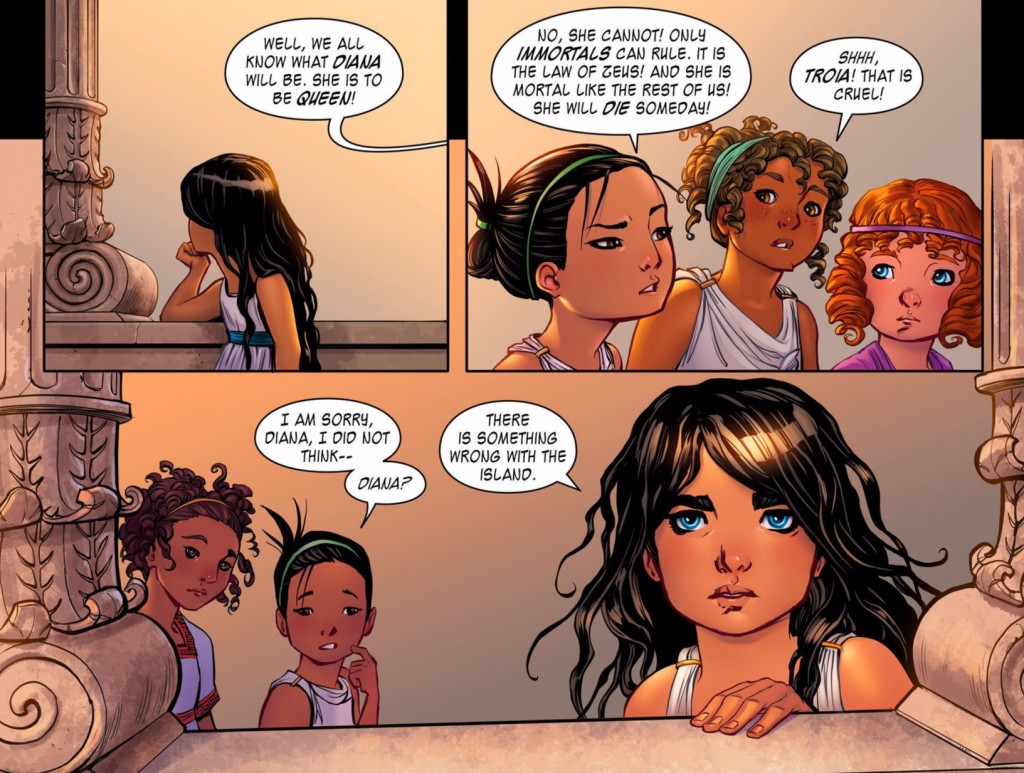 I won’t spoil anything else, but I highly recommend this book. Having read the rest of the available digital issues, I can say that it continues to pick up speed and momentum, dives into political intrigue amidst the Amazons, and once again finds a lovely compromise between Marston’s original version and later tellings when it comes to how Wonder Woman gets her powers. Go check it out already.