With Star Wars: The Force Awakens now in the rearview mirror, all of the excitement now centers on the release of Captain America: Civil War. The movie highlights a rift in ideology between Captain America and Iron Man, and viewers get to see other members of the Avengers lineup get behind the two for an epic battle. Adding to the excitement is the Marvel Cinematic Universe debut of Spider-Man, who makes an appearance in the film in what’s seemingly a discreet role.

There is speculation that Spidey joins Iron Man’s team based on concept art that recently came out. There is also talk he could eschew both squads and go out on his own. Either way, it’s an important character and an important part. Spider-Man, along with Batman and Superman, are perhaps the best-known superheroes.

The web-slinger alone has been in five movies over the past 15 years, not to mention a long history on television and in comics. His pop culture imprint is as far reaching as it gets, as he has everything from a Broadway musical based on his story (more about that here to his own online casino games. You can find out more about the latter on this site, though here’a brief primer: essentially, the character’s likeness has been translated to online games that offer users the chance to win money (should luck be on their side). And to point out just how relevant this is in terms of pop culture, he appears in games alongside the Avengers, the X-Men, and others.

As you can tell, he’s basically turned into an icon of American pop culture. 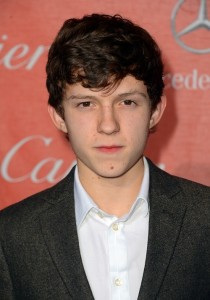 The actor cast to play Spider-Man is Tom Holland. In recent Facebook AMA, Guardians of the Galaxy director James Gunn gushed about Holland’s performance, as reported in this post. Then again, it’s not like the movie’s director is going to trash the performance of one of the movie’s big stars. Gunn likely felt the need to do this because Holland is not exactly a household name, especially here in the United States.

Considering he’s in a movie alongside movie stars like Robert Downey Jr., Chris Evans and Scarlett Johansson, it’s only right to ask: what do we know about Holland? The answer is not much. Holland is all of 19. He’s from London and got his start in London theater productions as a singer and a dancer. He performed as one of the main characters in a production called Billy Elliot the Musical. His performance garnered positive reviews and some attention in the London theater scene, but he began to turn his attention toward appearing in movies.

His first onscreen performance came in 2012’s The Impossible, about a couple’s (Ewen McGregor and Naomi Watts) experience during the 2004 Indian Ocean tsunami. Holland played the couple’s son, and the movie got positive reviews and garnered Watts an Oscar nomination. He went on to appear in a handful of other small movies, namely In the Heart of the Sea and Pilgrimage. He was long-rumored to be considered for the Spider-Man role and beat out more well-known actors such as Asa Butterfield and Charlie Plummer.

This, of course, is not to say Holland’s big-screen inexperience is a bad thing. With a dance background, he can add a little more realism perhaps to Spidey’s acrobatic moves, at least those not done with computer animation. An easy comparison is to look at the new Star Wars film. Daisy Ridley, who stars as Rey, received nearly unanimous positive reviews for her performance in the movie. She, like Holland, was relatively unknown when cast in the part and also had a background in British theater.

Sometimes, too, these types of large franchises can gain energy from a new actor joining in. With a cast filled with so many known names and faces, the ability to plug in someone new can help add to the realism of the movie. It can be hard for moviegoers to suspend disbelief when the film is filled with A-list actors that always get attention. Holland may end up being the perfect choice.