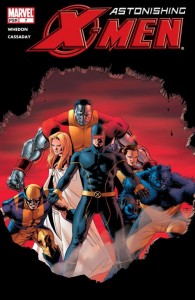 Before we get to the mutants, let me first talk about how excited I am to start this podcast and the companion articles that will set up each episode. If you’ve haven’t listened to our zero episode, I strongly encourage you to do so; it’s now on ITunes! In the episode Mara Wood and I explain what exactly we hope to accomplish with the podcast and what exactly a run is. We agree that a run is defined by a creator or creators’ contribution to a series of comics. While we agree that technically independent series like Y: The Last Man and Locke and Key are not runs because they focus on original intellectual property and tell a story that are intended to eventually have a conclusion, we will include them anyway. The reason why is because they represent remarkable dedication in the serialized comic book medium and, frankly, we don’t want to only focus on superhero series. I can’t wait to dive into some of the greatest creative contributions to comic narrative with Mara, and I hope you will join us and share your feelings as we progress. 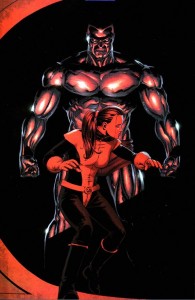 Now for the mutants. Astonishing X-Men (technically Astonishing X-Men volume 3) premiered in 2004 and was written by Joss Whedon with art by John Cassaday. The series followed up the three-year run of Grant Morrison’s New X-Men, a series that was growing more convoluted with the writer’s departure to DC Comics. Astonishing had the heavy task of leveling out the complexity of the X-Men’s continuity to make it more accessible for new readers. It also need to establish the X-Men’s reluctant place in the larger Marvel universe. Editor Nick Lowe’s genius move to have Joss Whedon, who was mostly known for his television work at the time, write the series was a stroke of genius.

Whedon brought both his talent for dialogue, his mainstream popularity and his love for comics to the book. Instead of a simple re-launch, Whedon satisfied long time X-readers by honoring what had come before while bringing the characters back to their most enduring qualities. Whedon had two assets that helped accomplish this tone. The first were the visuals provided by artist John Cassaday and colorist Laura Martin, who coming off of Wildstorm/DC’s Planetary offered a theatrical scope to the comic that with a contemporary reading feels similar to Whedon’s other major Marvel contribution- The Avengers movie. The other trick up Whedon’s sleeve was Kitty Pryde, who always served as a representative for the reader in Claremont’s earlier X-men days and who had been absent from the book for some time. The fan favorite character’s return to the X-Mansion was not just a narrative choice, but gave readers who haven’t read the X-Men in a while a feeling of homecoming.

The series was marred by frequent delays due to both Whedon and Cassaday’s busy schedule. The 25 issue series nearly took four years to complete. However, this patience was a sign of good faith on Marvel’s behalf to never break the creative team up. Marvel allowed Whedon, Cassaday and Martin to complete their story, even if this forced the other X-Men books to move on without their flagship. The series made up for any hassle on behalf of the publisher and retailers by selling extremely well, and rejuvenating an interest in Marvel’s mutant line. I hope that you will join us as we discuss the first of many legendary runs.