In an industry that has long relied on franchise characters, very few have made the impact on the public consciousness that Lara Croft has.  Lara is a female character who is equally beautiful, bold, and brainy. She has been both lambasted and praised for the way she has been depicted, but her popularity can never be questioned.  As of 2015, the various incarnations of the Tomb Raider franchise have shifted in excess of 45 million units worldwide. 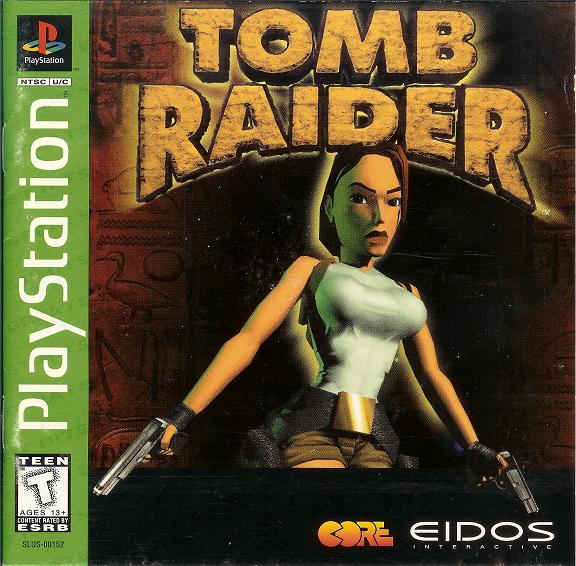 The genesis and subsequent evolution of Lara Croft is a story that spans multiple years, studios and platforms.  The Tomb Raider game series originated at British games studio Core Design in 1993.  In a wonderful piece of irony, the most recognizable female figure in gaming started off as a man, but was changed to avoid obvious comparisons to Indiana Jones.  Initially the introduction of a female character as the lead protagonist of a game seemed like a step forward, but once the marketing campaign for Tomb Raider 2 began, after the success of the first title, the old adage of ‘sex sells’ reared its head and Lara was soon seen as an object of schoolboy fantasies rather than the heroine kicking butt in temples worldwide.  Apparently this was never the intention of Toby Gard, the originator of the character, who found the marketing distasteful, and stepped away from the franchise shortly after.  While I applaud his stance, I also have to question whether the original concept of a male character would also have been dressed in a low cut vest top, and a comically oversized package in his extremely short and tight pants.

The character of Lara physically remained fairly unchanged through the first few games up to and including 2008’s Tomb Raider: Underworld.  Her personality however continued to evolve, and she became as well known for her intelligence, dry sense of humor, and shoot first ask questions later manner, as she was for her back ache inducing bust line.  The release of Lara Croft: Tomb Raider the movie adaptation in 2001, and its sequel Tomb Raider: Cradle of Life in 2003, starring Angelina Jolie, further pushed Lara into the mainstream spotlight. As is the case with most of Lara’s story, the main focus of the media seemed to be less about a female action hero than it was asking Jolie how much padding she had to put in her bra to fully embody the character.

Despite the criticisms of Lara’s physical appearance, there is no question that the inception of Lara was a big step forward for the video game industry.  At the time, female gamers were an invisible demographic to games companies who largely marketed to young males.  Now here was a character that not only girls could identify with, but those aforementioned young male gamers could also play as and learn to admire tough, intelligent female characters.

By 2008  there was a decent amount of gamer fatigue around the franchise and its future was in doubt. Then in December 2010 Square Enix announced that, not only were they working on a new Tomb Raider game, but that is was going to be a reboot and origin story for the character of Lara.  After a long production the new title was released across multiple platforms in March 2013 and was immediately greeted with a positive reception from both reviewers and gamers alike.

Gone were the short shorts and low cut vest top, replaced by combat pants and a low cut vest top (small steps).  Lara’s physical form was more realistic reflecting both the cultural and technological advances since the character’s early days.  One could speculate that the shift towards a well balanced character, physically and mentally has a lot to do with the hiring of the writer Rhianna Pratchett.  Ms Pratchett took us back to the beginning of Lara’s history and showed us a previously unseen young girl who is both physically and emotionally vulnerable.

Lara does not start this game as the unrepentant killing machine she seemed to be portrayed as increasingly more in the previous games.  We are shown a Lara who has to sneak around and use her wits to take out hulking threats.  Lara is shown at a time when taking a life was done purely out of a sense of survival and not just because they might beat her to the treasure.  The triumph in this approach is that Lara does not have to lose the sex appeal that kick started her ‘career’, but simply that she does not have to exhibit typically masculine traits in order to be strong, clever, and beautiful.  Lara Croft shows that female game characters can have it all, as long their thirst for loot is strong enough!