What to Watch After Making a Murderer
By Michael Walls-Kelly

If you’re like everyone else in the world you spent the holidays watching and passionately discussing Netflix’s true crime docuseries Making a Murderer. Those who have seen it probably acquired a sweet-tooth for questionable justice and outrage-inducing criminal trials.

Well, call me the Candyman because I’ve got a list of documentaries and miniseries’ that should satisfy. Be warned though: you’ll want to force someone else to watch these too so you’ll have someone to talk with or argue or commiserate. 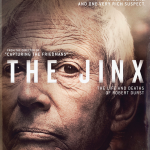 Along with having some of the most famous on-screen burps this side of Monty Python’s The Meaning of Life, this HBO miniseries is partially responsible for the resurgence of interest in true-crime stories. The Jinx is a close, seemingly encompassing look at a man who ends up as much a mystery at the end of the story as the beginning. Robert Durst is enigmatic, oddly-charming and off-putting and director Andrew Jarecki knows enough to let the man present his own tragic and eerie tale. This story has some absolutely insane twists and a god-send of an ending for any documentary filmmaker. Crews can shoot for over a decade and rarely get as perfect a capper as The Jinx has. 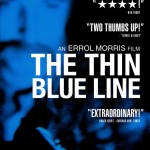 One of the most famous example of true-crime documentaries, especially ones that examine the fallibility of a justice system built on human memory and action. This documentary by Errol Morris was groundbreaking and controversial by openly using stylized recreations throughout – something that The Jinx uses heavily as well. The effect is powerful, putting us in Dallas on the night of the crime and then showing us how perception and time and bias can effect memory. The Thin Blue Line is also famous for having a real-world impact on the case it depicts. So if you’re clamouring to see the slow wheel of justice turning in someone’s favour then look no further. 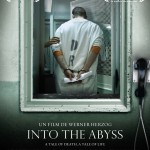 If you want to keep the depression train running then Into The Abyss is the one to watch. An elegiac look at the death penalty by legendary director Werner Herzog, Into The Abyss is slow, meditative and heartbreaking. Abyss leaves almost little doubt as to the guilt of its subject, but that’s besides the point. If you’ve ever wanted to delve deep into the moral and human implications of the death penalty – and have Herzog’s dream-like voice guide you – then this documentary is what you need. Herzog’s penchant for inserting himself into his docs continues to yield some of the best material. His off-screen voice talking to convicted inmate Michael Perry practically spells out the general thesis of the film. 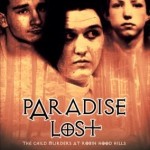 This is probably the case on this list that’s been covered the widest and most in-depth, it may also arguably be the biggest miscarriage of justice on the list. A clear-cut case of Satanic Panic in the US South, these documentaries tell the story of the West Memphis Three. The crime is so heinous and upsetting – three young boys found murdered and abused – that it’s clear why the community were quick to lash out and condemn, however they ended up creating three other young victims. The Paradise Lost films, a series of HBO documentaries, delve deep into the crime and the trial and the convicted boys. Specifically Damien Echols, an intelligent and charismatic outsider, who damned himself by being himself. The sequel, Paradise Lost 2, suffers a bit from the filmmakers trying to posit their own poorly substantiated theories, but all three are worth watching. West of Memphis is a more succinct – or as succinct as a two-and-a-half hour movie can be – encapsulation of the entire affair. Produced by Peter Jackson, and featuring other celebrities that had taken up the cause of the West Memphis Three, it’s very much a Hollywood version of the events. Speaking of “Hollywood versions”, avoid at all costs Devil’s Knot (2014). It’s an overwrought dramatization of the events, a major misfire from Atom Egoyan. 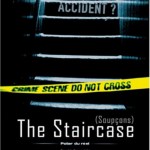 This example is the closest thing to Making a Murderer that’s on this list. This miniseries follows the trial of Michael Peterson for the death of his wife from the point-of-view of the defense team. The amount of surprising twists and complicated emotions towards the documentary’s subject will remind many of Murderer and Jinx. The Staircase is comprehensive and fairly traditional when it comes do documentaries, but the case is intriguing enough, and fresh enough, that there’s no need to over-stylize. In my opinion, the main selling point of Staircase is Peterson himself, another intriguing subject who is paradoxically both open and guarded at once, and his interactions with his family. It’s a personal series that’s more than worth your time. 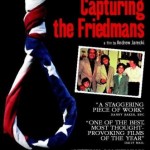 If you’re looking to recapture that feeling of sad hopelessness that most of the Murderer trial gave you – although why the hell would you, unless you’re me? – then Capturing the Friedmans is the one to watch. Andrew Jarecki, the director of The Jinx, almost lucked into this award-winning film. It has one of the more troubling criminal cases and one of the more intimate portrayals of the accused, thanks to home videos shot by family members. The atmosphere of the film is sad, each frame filled with shame, regret and barely-hidden outrage. Friendmans puts the corrosive nature of abuse front-and-centre, as well as its lingering effects through people and through the years. 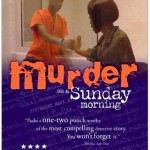 Probably the best example on this list of how bias, coercion and the benign and fallible nature of human memory can doom someone. Murder on a Sunday Morning is by Jean-Xavier de Lestrade who also made The Staircase. This documentary follows the defense having to struggle hard against a case made up almost exclusively of an eyewitness account. But how do you fight against a memory, as shaky and pliable as they are? Really, really hard, is the answer, especially when the life of a 15 year-old is in the balance. This is a gut-wrenching film that makes you wish the justice system was able to stop, take a step back and take a deep breath. 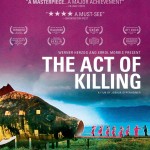 This is the most affecting film on this list, in my opinion. It also probably has the most tenuous connection to Making a Murderer, but that’s okay. If I could relabel this movie Avengers 3 just to trick people into watching it I would. Heralded by Errol Morris and Werner Herzog, Joshua Oppenheimer directed this documentary about the Indonesian killings of 1965-66. He forces the perpetrators – the victors, in their eyes – to face their crimes. Not head-on or in an overbearing way, but by letting the acts unfold again and letting the subjects’ moral centres guide them. It’s a movie that’s as much Synechdoche, New York as The Thin Blue Line. The Act of Killing ends with some of the most visceral, affecting scenes ever put to film.