There’s a few constants you can count on in life: death, taxes and bad movie-to-video game adaptations.

Yes, the unfortunate reality of video game tie-ins when it comes to films is that it’s the manifestation of some marketing afterthought. As gamers, our fandom is placed somewhere behind the novelization of the movie but a little ahead of the crappy dollar store merchandise.

But despite this consistency, there have – in fact – been a few unicorns in the bunch; games that defied the labelling of thoughtless merchandise and became something more, something that channels the essence of the film into a new experience. And that’s what it’s really all about, isn’t it?

So let’s take a look at some of the best movie-to-game adaptations in video game history! 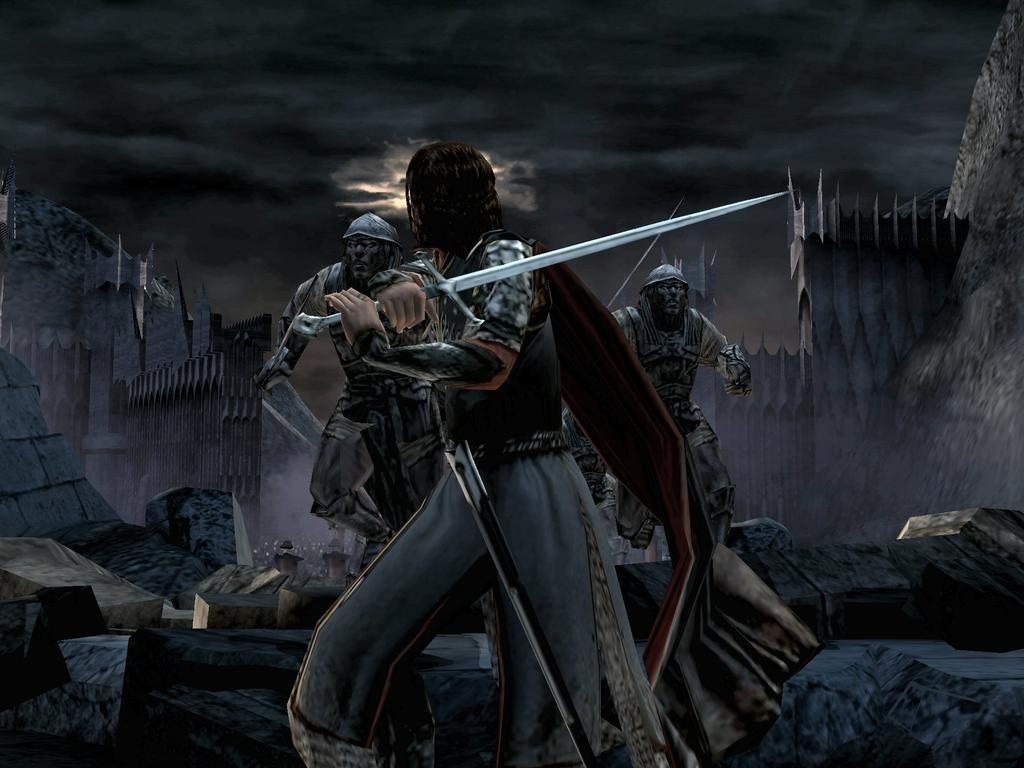 Let me take you back to a time, dear reader, when EA wasn’t a viciously reviled game company, and instead produced very middle-of-the-road games that, occasionally, would lean on the side of great. Such was the case for their Lord of the Rings games, the best of them being the finale in the series, Lord of the Rings: Return of the King.

EA missed the boat in releasing a game in time for Fellowship of the Ring, and instead started working on the series with an adaptation of The Two Towers. It laid the groundwork for the series, which centred around third person hack-and-slash, giving players the chance to play as any number of characters from the films. What’s more is that EA managed to snag all of the film’s cast to reprise their roles as voice actors, a feat that was basically unheard of at the time. Return of the King improved upon its predecessor in many ways, but the biggest change was the addition of a co-op mode, meaning that you could go shoulder-to-shoulder with a buddy and hack down endless armies of orcs. The inclusion of extras such as cast interviews and behind-the-scenes clips of the films made the game feel less like a cash-in and more a celebration of Peter Jackson’s momentous accomplishment. 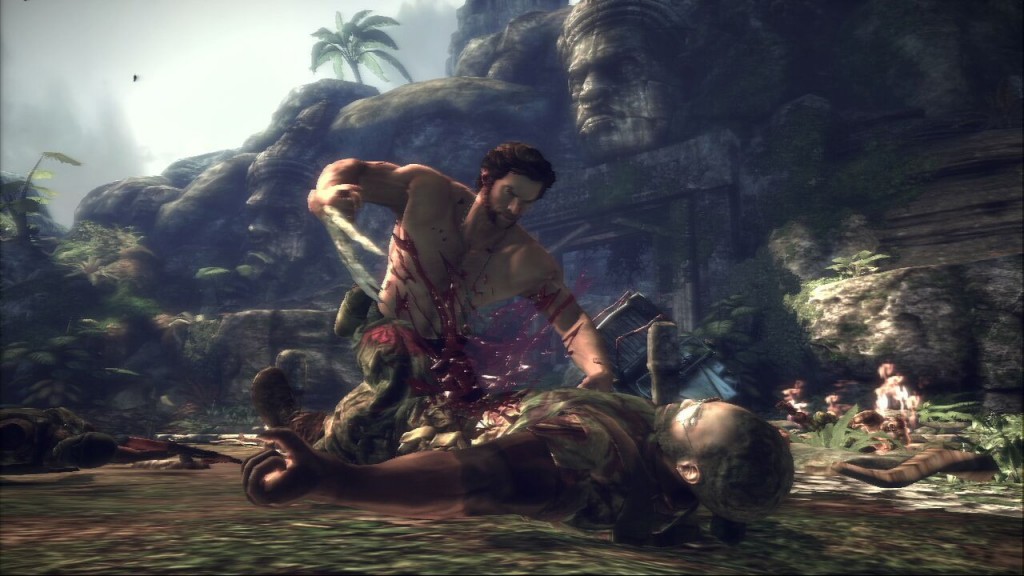 Ok, let’s get it out of the way first: X-Men Origins: Wolverine as a film is the worst thing that’s ever happened. It ruins Wolverine, it ruins Gambit, and it ruins Deadpool. It’s existence is an affront to the character and the Cinematic U. BUT, there are two great things that came from this movie’s existence. One, that we’re getting Ryan Reynolds as Deadpool (his five minutes in Origins was one of the few enjoyable moments in the movie), and two, the video game adaptation.

Straight up: this game makes you feel like you’re Wolverine.

And no, not PG-rated 90s cartoon Wolverine. Not even PG-rated 80s cartoon I-have-an-Australian-accent-for-some-reason Wolverine. This Wolverine tears people apart, decapitates them, digs his claws in and splits them open. This is a mature Wolverine, the likes we’ve never seen (and probably won’t ever see) on-screen. The only way this game could make you feel more like Logan is if it came with a leather jacket that reeked of cigars and beer.

On paper, this is a basic third-person beat-em-up tie in, but Activision worked with Raven Software to make the action satisfying and brutal. It made Wolverine feel truly unstoppable – as he should be – with visual effects to symbolize the healing factor. The likeness and voice talent of Hugh Jackman only serves to benefit the authenticity, even if it means ignoring the other questionable casting choices from the movie (Liev Schreiber as Sabretooth? Really?).

Granted, there are some questionable design choices (especially during the last boss fight), and beat-em-ups can get repetitive to even the most dedicated player, but as far as games that go above and beyond the movie offerings, this one takes the cake. 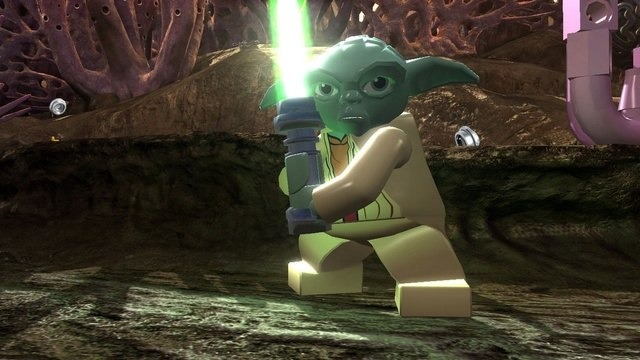 Back in 2005, when people still had hope that Revenge of the Sith might deliver the exciting opus that George Lucas had been promising with his prequel trilogy (spoilers: it didn’t), a completely unexpected video game released, borrowing properties from both Star Wars and Lego. And perhaps even more unexpected: it was awesome.

While TT games has since spun the initial success of Lego Star Wars into an empire of popular movie franchises churned through the Lego grinder, Lego Star Wars will always hold the special position of being the first. A simple co-op experience on the surface, part of Lego Star Wars’ charm was its charisma: the game impressively retold the entire prequel trilogy, but did so without dialogue, instead using sight gags and well-timed grunts to tell what had been an overcomplicated and meandering story to begin with. The game also encouraged many playthroughs, with dozens of unlockables, including playable characters from throughout the Star Wars universe. In a time when Star Wars had been devoid of fun and energy, this was a refreshing entry that reminded people why they loved it in the first place. 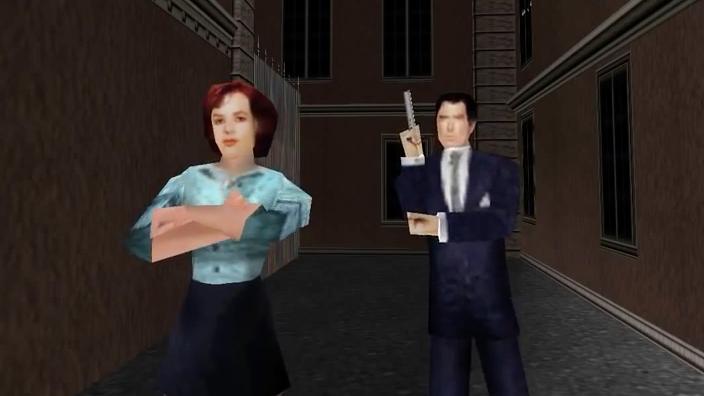 For anyone who owned a Nintendo 64 in the late 1990s, Goldeneye was a staple of your video game library. If you didn’t personally own a copy, you had a friend who owned it, and they would bring it over every time you saw them. And if you didn’t have that friend, then you had a copy perpetually on hold at Blockbuster Video. And deservedly so, because it was one of the must-have games of the decade.

Forget the fact that the game was a solid first person shooter, one that followed the narrative of the best modern Bond film of the same name (which was released a whole two years before the game came out). It was fun, fast-paced, and gave you access to a huge arsenal as well as some trademark Bond gadgets. But that wasn’t the draw – the draw was the multiplayer. Developer Rare, who famously threw the multiplayer in as a last-minute idea, were blown away by its popularity. The game’s success could arguably have been one of the N64’s saving graces, which trailed far behind the Sony Playstation in sales at the time. Goldeneye 007 was the third highest selling game on the system, beaten only by Super Mario 64 and Mario Kart 64, and instilled many standards of the first-person genre that we see today. 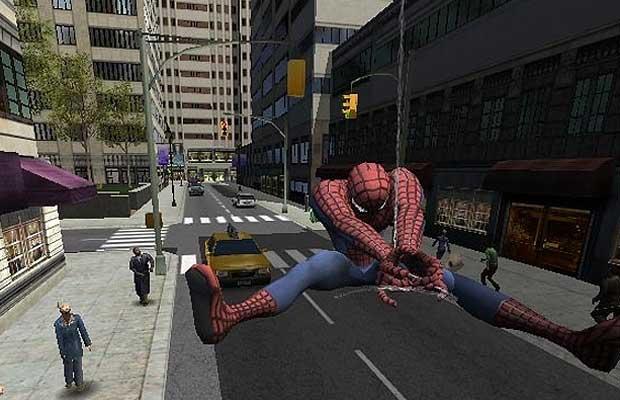 Despite being revered as one of the most iconic superheroes of all-time, it wasn’t until 2001 that the world finally got a vision of Spider-Man in live-action.  While Superman, Batman and the X-Men all got their debuts first, Spider-Man left a trail of failed film attempts throughout the 90s, the greatest problem being that the technology simply wasn’t there to realize some of the character’s most quintessential traits.  In gaming, much of the same could be said: Spider-Man made appearances in a number of games as either part of an ensemble or in the starring role, but it never felt like Spider-Man.  This was, once again, a failing that could be blamed on technology.

Enter Spider-Man 2 in 2004, based off the film of the same name.  For the first time, players weren’t boxed into a set environment and linear paths.  Instead, you could play the Spider-Man you always wanted to play: swinging freely between the skyscrapers of Manhattan. Thanks to the precedent of open-world games set by Grand Theft Auto 3’s success years earlier, Manhattan was faithfully re-created and fully interactive, meaning that players had the freedom to play Spidey however they wanted: stopping random thugs in the streets, saving a little girl’s escaping balloon, or following the main story that paralleled the film. Equally appealing was seeing the universe expanded upon, meaning that villains unique to the comics would make appearances alongside the film’s antagonists, reimagined to fit the movie Spider-verse.  Despite being now 12 years old, Treyarch’s Spider-Man 2 is still the best game out there that truly captures an authentic Spider-Man experience.

Follow
Mike, 32, is a writer and filmmaker. He has an unabashed man-crush on Daniel Radcliffe. He was once described as "punctual".