A new, 90 second teaser has been released for ‘Daredevil’ season 2, with the Punisher’s presence looming large over everything. We can start getting excited for March 18th, which is when The Man Without Fear’s second 13 episode run will hit Netflix in the glorious series dump style we’ve come to know and love. This is in spite of previous reports that the show would be released on March 25th to compete with ‘Batman v Superman: Dawn of Justice’.

Check out the teaser below:

We’ve been treated to a double dose of Daredevil awesome today as a new poster for the show was released, again with a certain someone’s signature skull in the mist around the image. 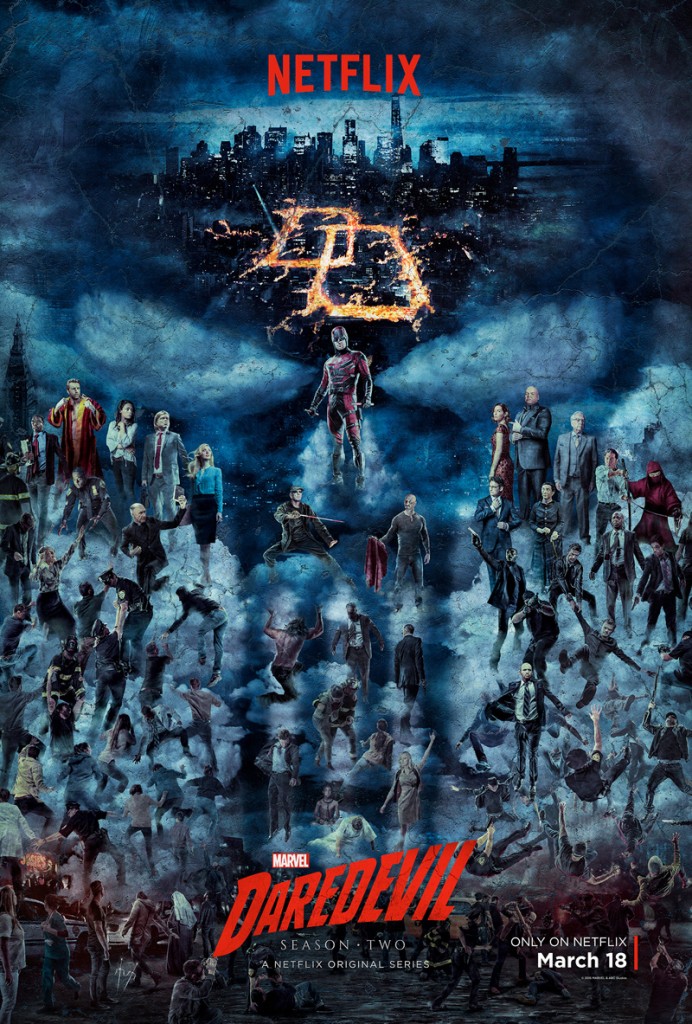 Daredevil season two will see the return of Charlie Cox as Matt Murdock/Daredevil, Deborah Ann Woll as Karen Page, Elden Henson as Foggy Nelson, Scott Glenn as Stick and Rosario Dawson as Claire Temple. We’ll also get to see the eagerly awaited debuts of Elodie Yung in the role of  Elektra Natchios and John Bernthal as Frank Castle/The Punisher.

Are you excited for Daredevil Season 2? Let us know in the comments!