Why Cosplay?
By Ashley Hay

If you’re a cosplayer, you know the struggles of explaining and defending what it is to people. Whether people ask how we made something or why we do it, it usually necessitates a lengthy conversation if they are to truly understand. Simple questions are often not so simple to answer. So, let me break down the most common questions for you interview style.

Did you make that?

Let’s be clear. Some people make their own costumes, some don’t. People that don’t are still cosplayers. They just may not have the skills or equipment to make every one of their costumes. I can’t sew super complicated things so instead of throwing my sewing machine off a bridge, I have a professional make it and give that person credit. 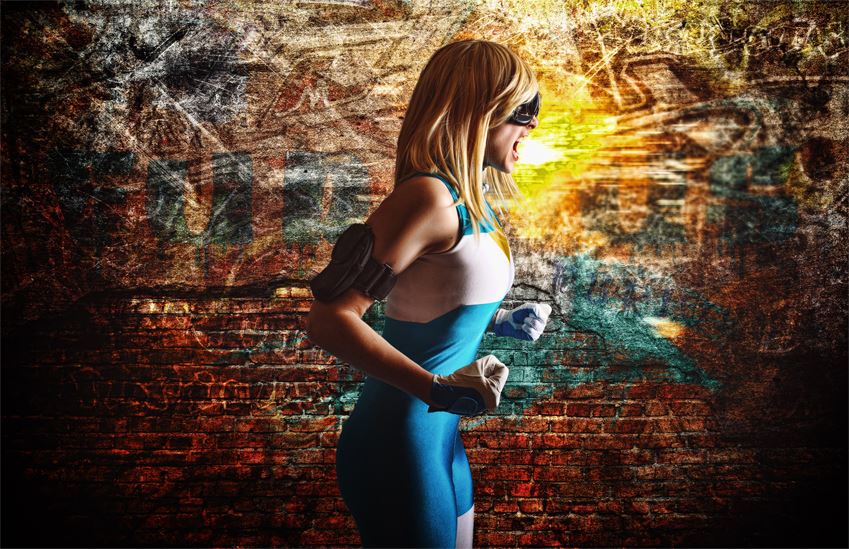 Why do you cosplay?

Why do you do the hobby you do? It’s probably because you enjoy it. Same here. It makes me happy and gives me something to work on outside of my day job. I make little kids giddy and adults smile. I get to be someone else for a day and play one of my favorite characters.

Why spend so much time and money on it? 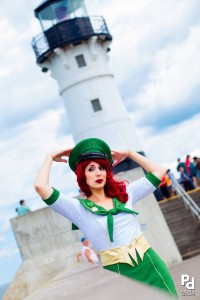 Look, it’s an expensive hobby. I get it. But so is fishing. Boats and tackle are expensive. Why does this hobby have to have an end goal other than enjoyment? Sometimes you don’t catch a fish but you still have a nice time on the lake. Some people have turned cosplay into a business. That’s badass. That is the ultimate goal right? For something you love to be your job. But for others it is just a hobby. Just because I spend a weekend doing photo shoots and you see no value to it, doesn’t mean there isn’t to me. The sense of pride when I see a kickass photo of one of my costumes gives me immense joy. Just like catching a fish and putting it on the wall. I get to relive that experience over and over. To me the time and money is worth it.

How long did that take you to make?

About three seasons of Supernatural on Netflix and a couple weeks of hot glue burn healing.

Aren’t you a little old to be dressing up?

*deep breathe* No. Just because you’ve lost your childhood whimsy doesn’t mean the rest of the world has too.

Do you even know who that character is?
*Note: This question often comes from men to women.

Nope. I don’t know how this character is that I have spent months working and hundreds of dollars on. *waits for the sarcasm to sink in* Of course I know this character. Bye Felicia.

How do I get into cosplay? 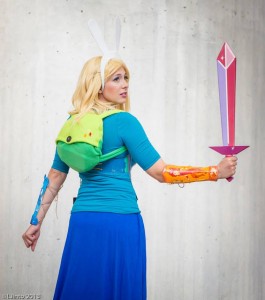 Pick your most favorite character of all time and start. It helps to pick a convention you’d like to debut the costume at to give yourself a deadline. Cosplayers are prone to be procrastinators. If you know of a local group of people in your area that cosplay, try reaching out to them for pointers and tops. There are also a ton of tutorials on YouTube now.

Do I have to look like the character to cosplay them?

Nope. The fun thing about cosplay is that most characters are recognizable by their attire and accessories. Tall people can do short characters. Males can cosplay as females. A black person can cosplay as a white person. A curvy lady can cosplay and bean pole. It doesn’t matter. The point is to have fun. And show your love for that fictional person or thing. Just remember to be respectful when dressing up as a different ethnic group or gender. Repeat after me: Black face is not okay.

What is your favorite thing about cosplay?

It’s traveling to new places and hanging with my friends all over the country and world. The attention you get is pretty awesome too. It’s fun to see the look on people’s faces when they see your costume after all that hard work. Oh, and taking the costume off. It’s like taking your bra off after a long day. Cosplay is hard work and most costumes are uncomfortable in some way. I’ve lost feeling in my toes for weeks after a day of cosplaying. We mean business and take it seriously. Don’t forget that when you pass any costume. Even if the costume isn’t movie quality, someone put time and love into it. Respect it. And remember, cosplay is not consent.