James Robinson is taking on the weighty challenge of writing a Scarlet Witch series. Wanda is one of those characters that only seems interesting when paired with other characters, and then there is House of M. The “No more mutants” comment from that series has not only made her a touchy subject in the MCU but also a character that fans are just as apprehensive towards. But that was ten years ago. Before an actual review can take place here- well done and good luck, Mr. Robinson. 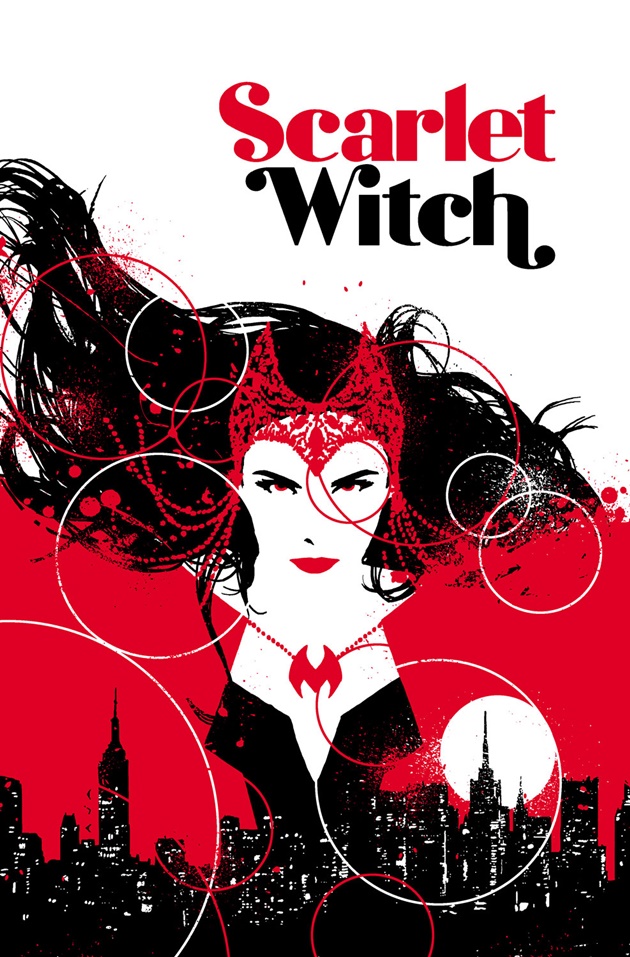 Scarlet Witch #1 focuses on a Wanda who is no longer interested in making peace with her former teammates. This new independence is a great angle for Robinson to take. It offers a chance for the character to become more defined on her own as opposed to previous appearances where her development comes from playing off of other characters. While this aspect of the story works, what doesn’t is the plot line of discovering a corruption in witchcraft and her mission to heal it. Magic can be a lot of fun in a comic and mysteries surrounding magic is appropriate for this book. I get the impression that this was supposed to be the hook that makes me want more, but it’s too vague at this point to be engaging.

The only classic Marvel character to appear in the book besides Wanda is Agatha Harkness, who I don’t remember showing up regularly in a series since the Fantastic Four in the 90s; More importantly, she was also alive at that time. Harkness appears as a ghost that resides in Wanda’s sanctum and adds humor and personality through their dialogue. The older, and deceased, witch is an excellent supporting character that helps shape Wanda’s undefined character. Also the mystery of her death is something I look forward to having revealed as the series goes forward.

Vanesa Del Rey’s stylized presentation in the book is thrilling during action scenes. During a scene while Wanda is exercising a demon, it starts to become obvious why she was asked to this series. What doesn’t quite work is any scene that isn’t action-based. The unique facial expressions during conversation or any other slower moment presents the characters awkwardly. Most likely this will improve over the progression of the series. I hope so, because it’s an engaging art style when it works well, and has potential to become something special.

Verdict: Scarlet Witch #1 is defined by its potential. Robinson is one of the great regular writers for the big two publishers, and he’s paired with a dynamic artist. The cards are stacked against this book though. Historically, this is a character that has been difficult in the past. If Robinson can craft a more intriguing storyline and if Del Rey’s quitter moments can live up to the quality of her action scenes, then this series can become something special. For right now, it might be one to wait on.