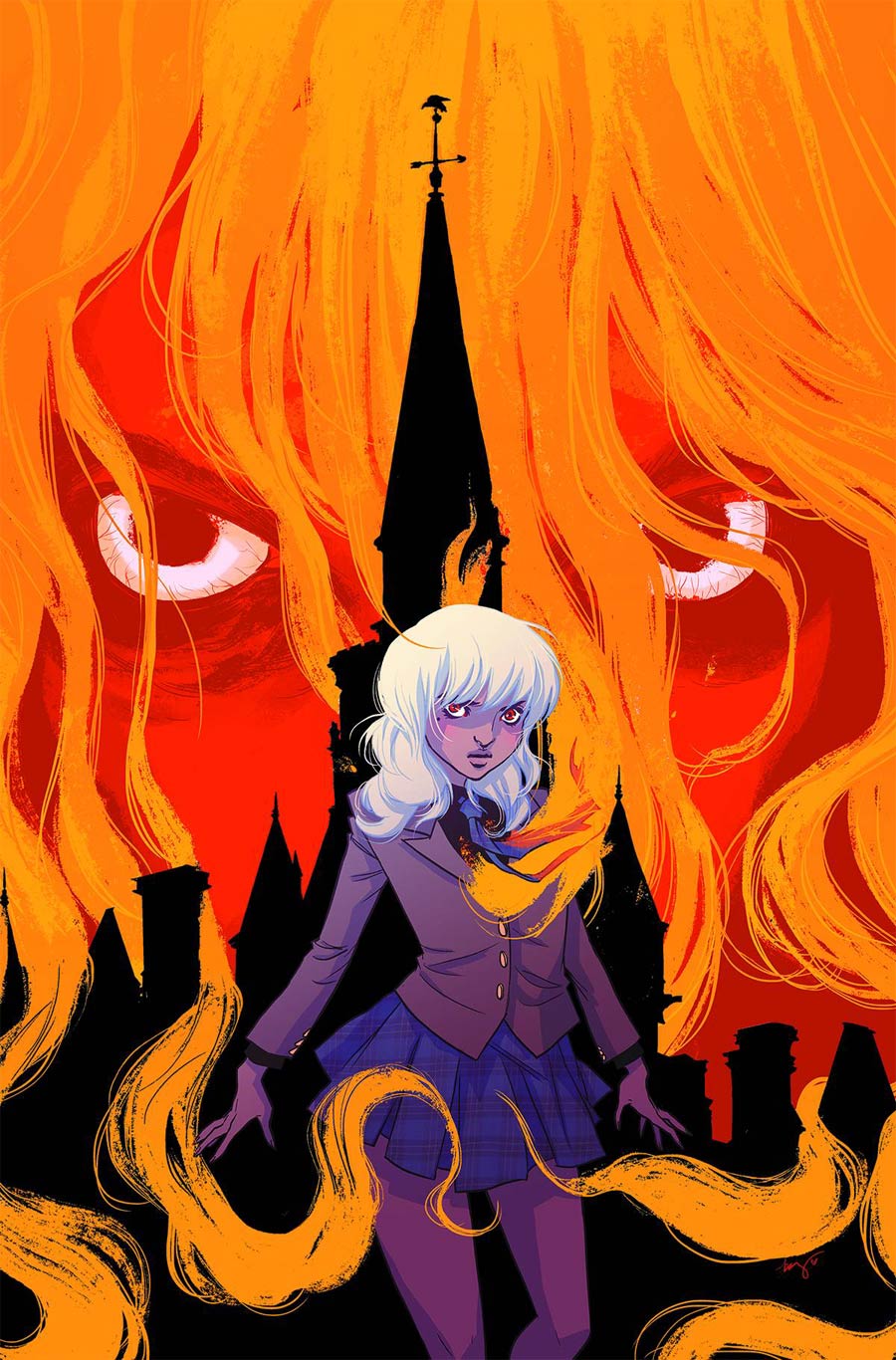 Wow! Things look to be heating up at Gotham Academy this month! How can you not love those hair flames?

Art and Cover by Tony Parker 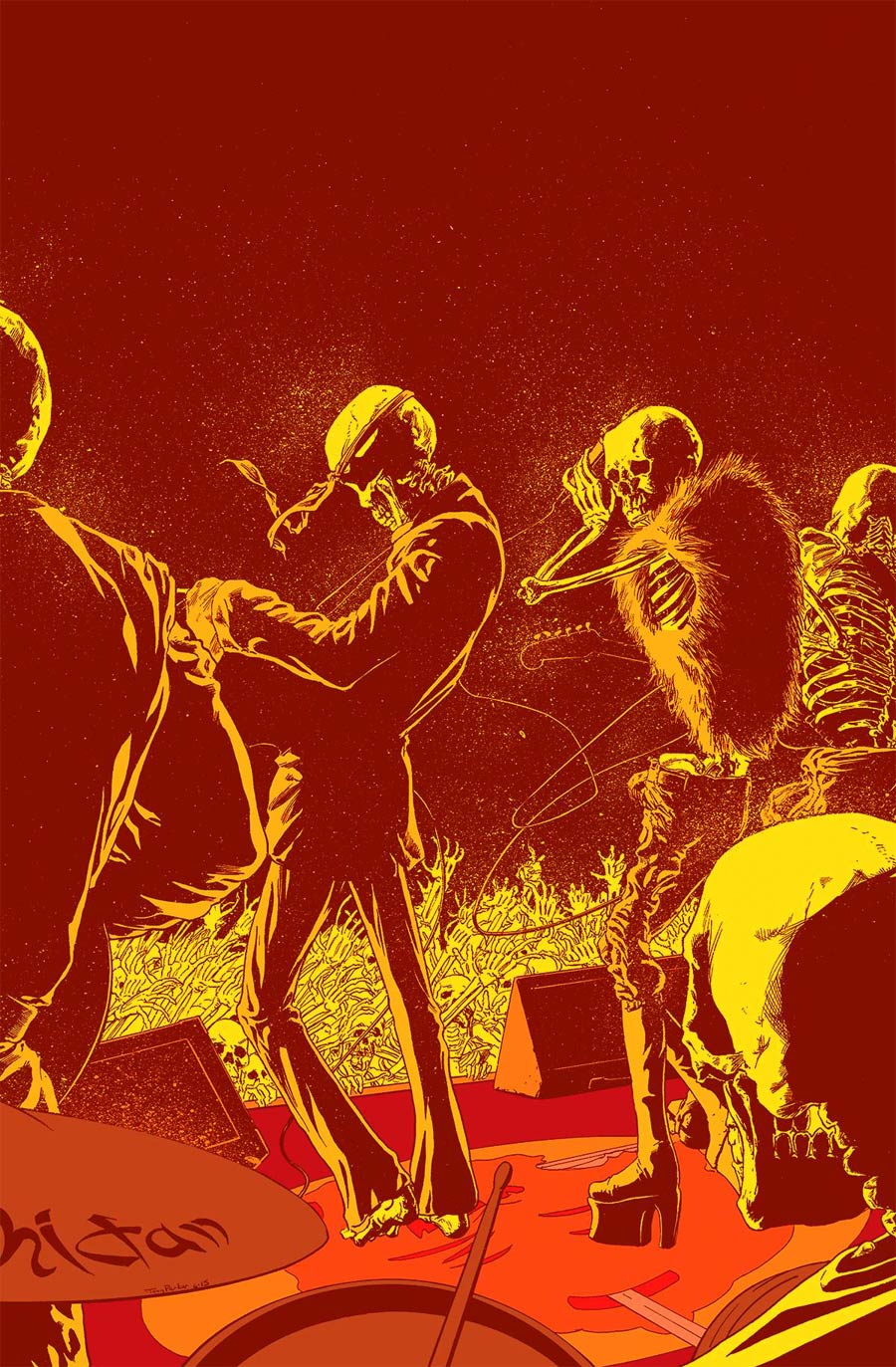 Geez, you’d think the Rolling Stones would have enough money that they wouldn’t have to photograph for Indie comic book covers.

Art and Cover by David Marquez 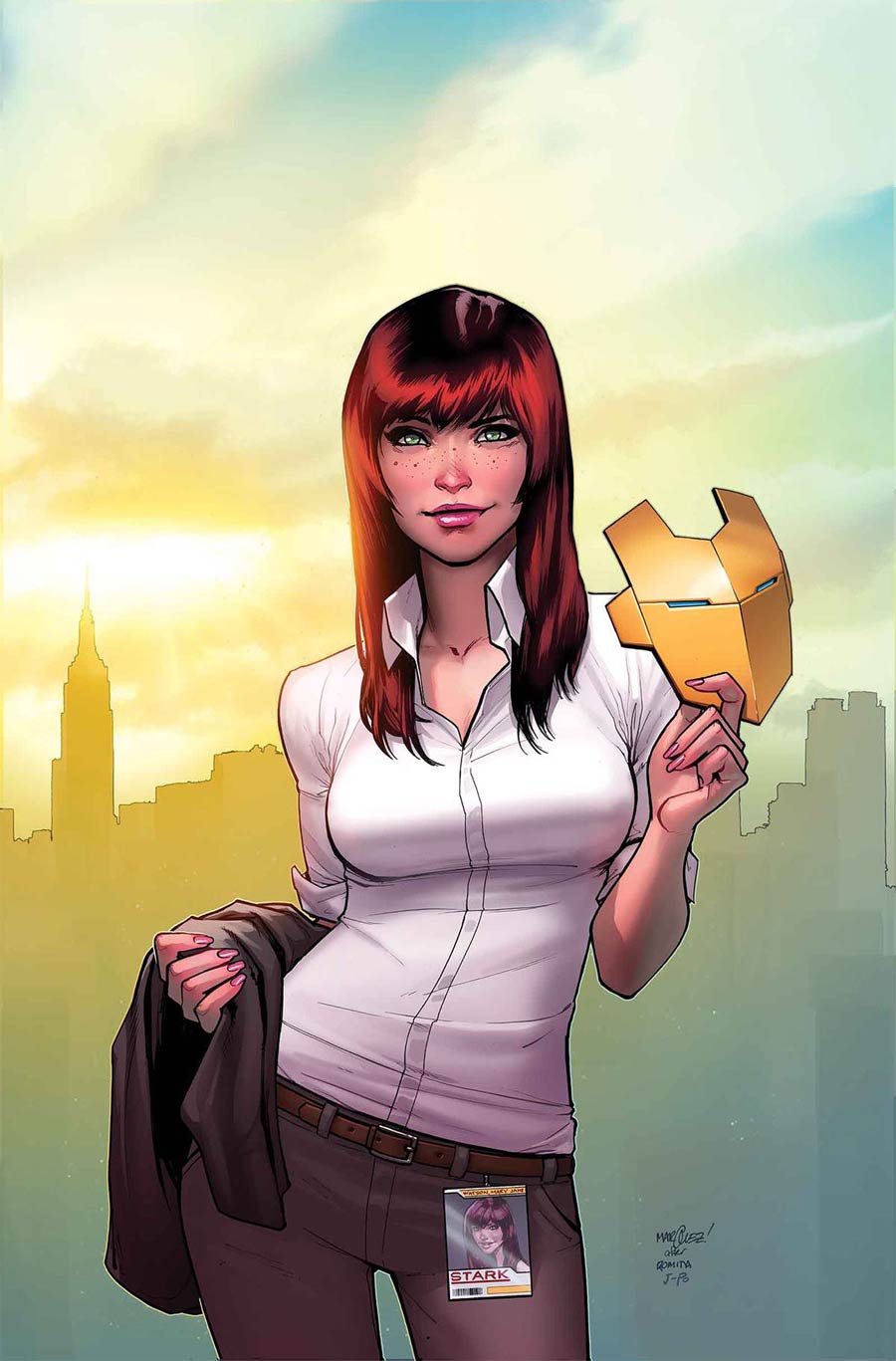 Okay, I admit it, every now and again a comic book cover comes along that causes me to break out in nervous sweats. This is one of those covers, because wow, and damn! 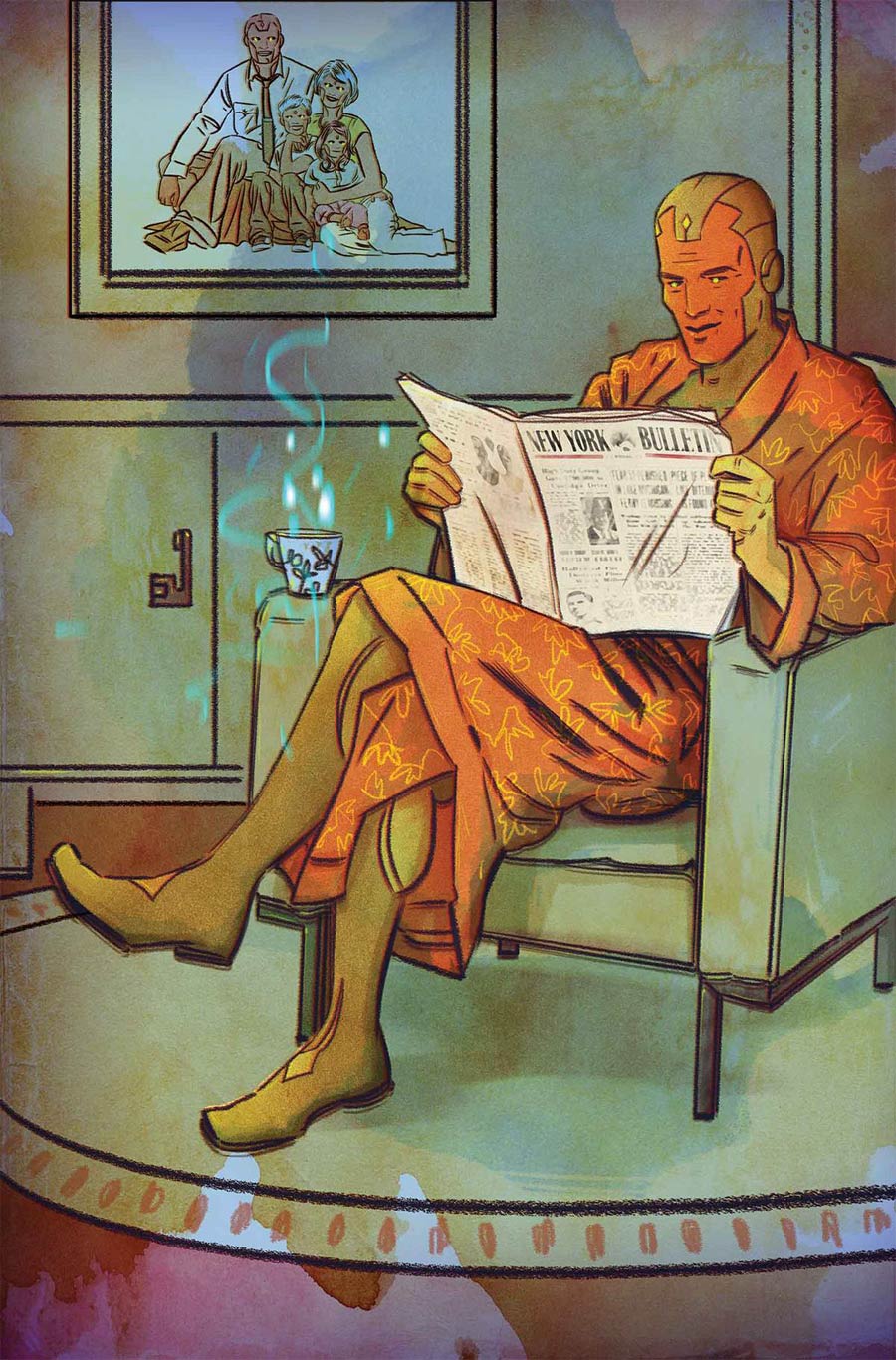 “Oh, why hello, I didn’t notice you standing there. My name is The Vision, and welcome to another episode of Masterpiece Theater.”

Art and Cover by Khary Randolph 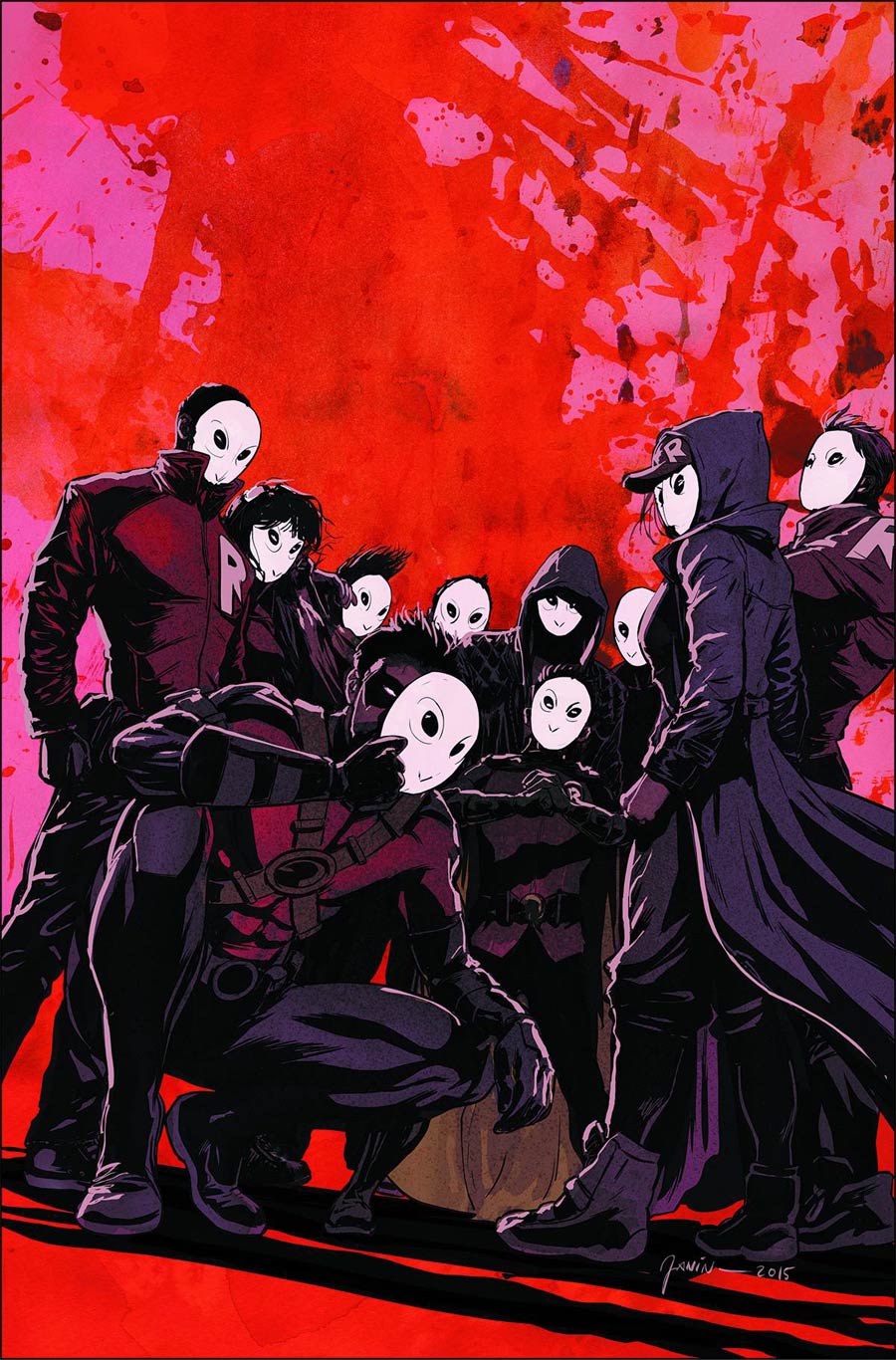 Yeah, everyone should be reading “We Are Robin”, right now, to get caught up for this event. I absolutely love how badass everyone looks on this cover. The Court is in session but the Robins are ready to hand down a verdict that will find them crying inside cages while licking their wounded feathers. 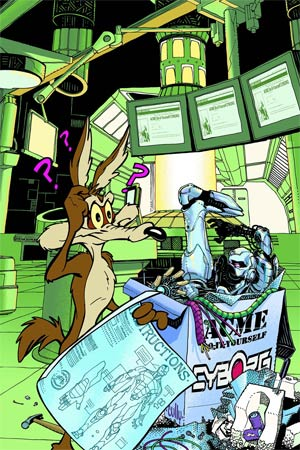 SEDUCTION OF THE INNOCENT #1 (Dynamite) 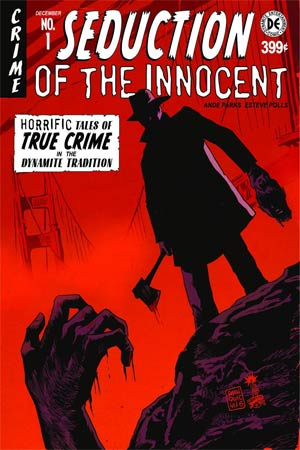 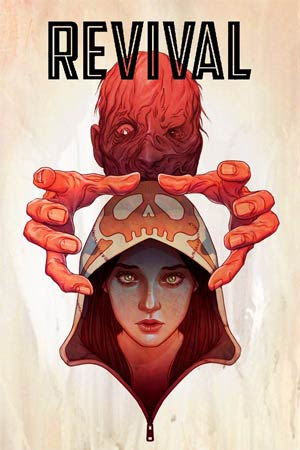 As long as I’m on the terror train of thought, I’m not sure, but I don’t think that a hoodie offers the same protection against monsters that hiding under the blankets does! 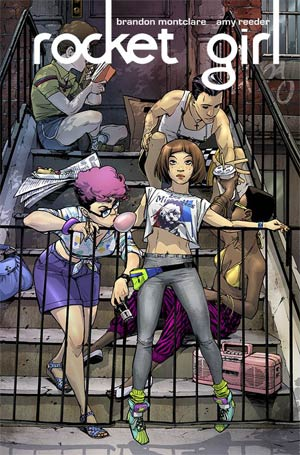 Yep, it’s definitely 1986 all over again…slouchy socks, wrestling shoes,Walkman cassette players, bangle bracelets; how did we survive, and when will these fads come back into fashion? 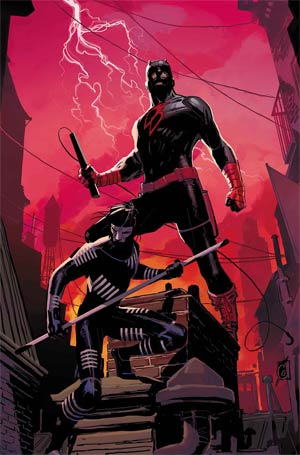 Ron Garney had a great run with Mark Waid on Captain America, and if this striking image is any indication, his DD could be right up there with that classic effort! 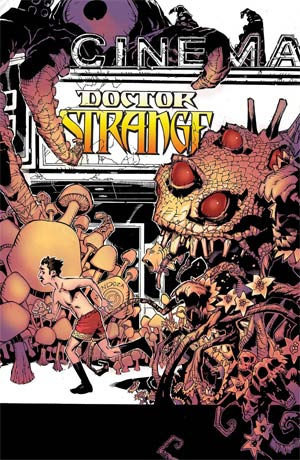 We’ve all had that dream where we’re walking around in the almost-altogether, but in Stephen’s case, it’s a little “Stranger”! (Sorry, but I had to!) 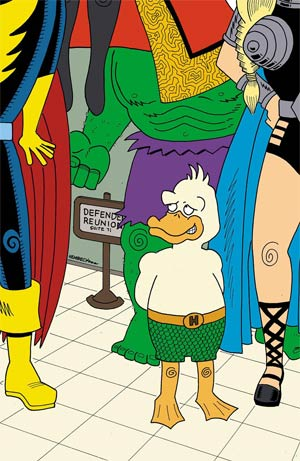 Seeing this hilarious cover by the always spot-on Fred Hembeck ( (I know that due to old legal wrangling that Howard has to wear pants, but Namor’s trunks…gold!), Marvel should have him actually do a “Defenders Reunion” issue!

Favorite Comic Book Covers of the Week Soundtrack
Grimes is back, ladies and gentlemen! It took a while for her to get this new album together (having scrapped the entire project at one point due to being un-satisfied with her own work), but it’s here! Check out this track from the new album, Art Angels!

This is a column featuring Favorite Comic Book Covers of the Week 12/02/15 as chosen by Steve Seigh and Bob Reyer of Talking Comics.