From the time Anna was born, I’ve wanted to share my pop culture loves with her, but many of the current comics I read or tv shows I watch just aren’t appropriate for her. Her favorites are Squirrel Girl, My Little Pony, Scooby-Doo Team Up, Ms. Marvel, Bandette, Princeless, and Lumberjanes. Here are Anna’s reviews of Princeless, Pet Avengers, Spider-Man and His Amazing Friends, and Bandette.

March Book One and March Book Two (Top Shelf Comics) are written by U.S. Congressman John Lewis (D-GA) and Andrew Aydin and drawn by Nate Powell. The first covers Lewis’ childhood through when he was a 20-year-old leader of the efforts to desegregate department store lunch counters in Nashville, TN in 1960. The second covers 1961-63 and encompasses stand-ins, marches, demonstrations, and freedom rides, and the deadly dangers civil rights activists faced in these situations. It ends with the March on Washington for Jobs and Freedom, at which John Lewis spoke sixth, and Martin Luther King, Jr., tenth. The third volume is on the way.

Although Anna likes reading nonfiction, I wasn’t sure how she’d react to these books, but she saw me reading them and wanted to read them herself. She couldn’t put them down. Then this week, we attended a talk at my college with the Congressman, in which he spoke about his experiences as a student leader that are chronicled in the books, as well as about “the future of race and class in America.” He is as compelling a speaker as he is a writer. I highly recommend these books.

Here, verbatim, is a conversation Anna—who is now nine!—and I had about March.

Carolyn: Who is John Lewis?

Anna: He’s a famous Congressman, and he helped end segregation. He led many marches and was in many protests. 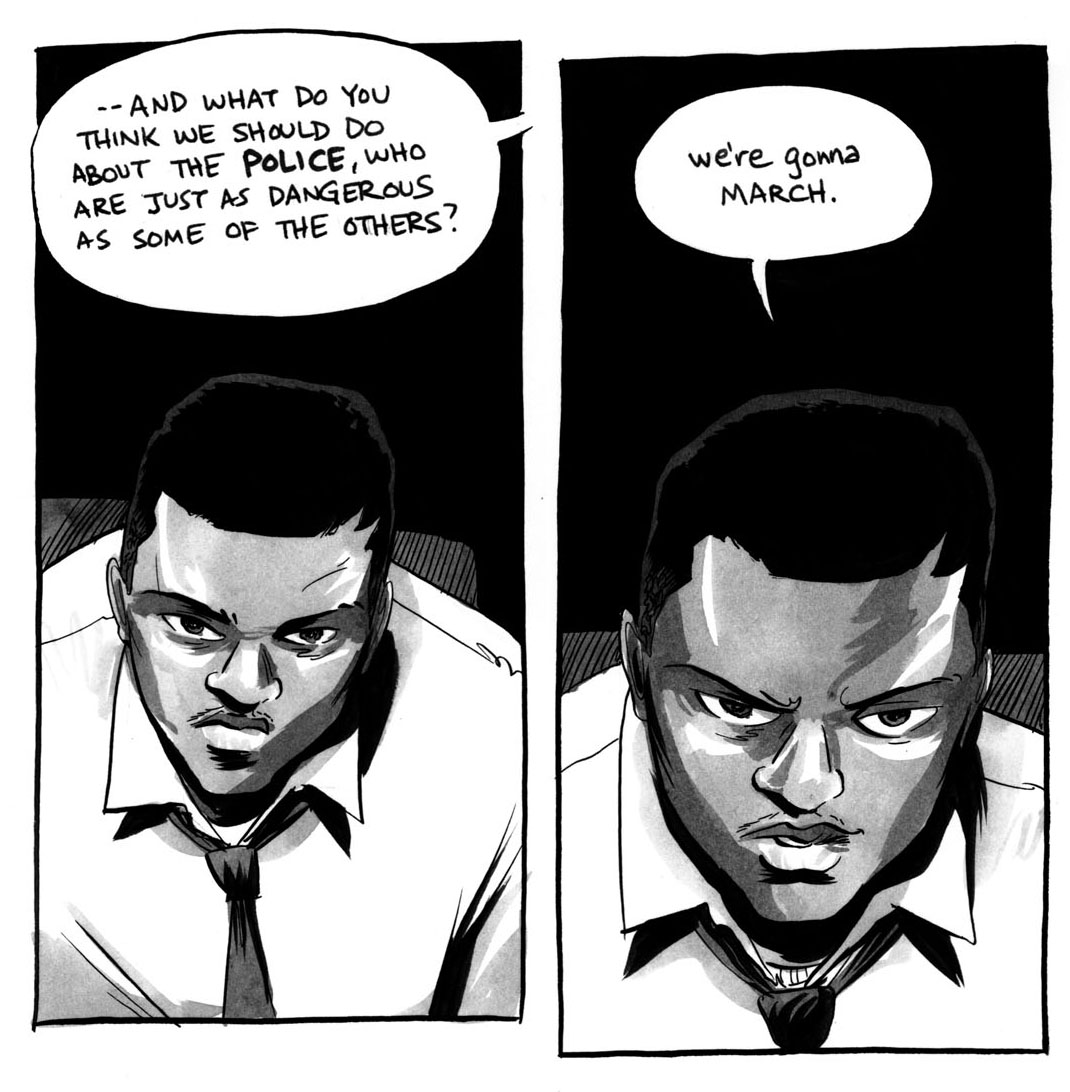 Anna: I like that they were educational and fun to read. But some of the images are violent. And there are bad words.

[Parental note: we skipped over almost all of the pages with violent content when we were reading it with her, and described some of the action to her without being too graphic. She looked at some of those pages herself later. In terms of language, there are one or two curse words, but she is mostly referring to the n-word here.]

Carolyn: What do you think are the most important parts of the books for those who don’t know much about the civil rights movement?

Anna: When they’re marching and doing stand-ins and sit-ins and freedom rides, and people attacked them and hurt them…racist people in the south, like in Alabama especially. And they just stayed still, they didn’t fight back. 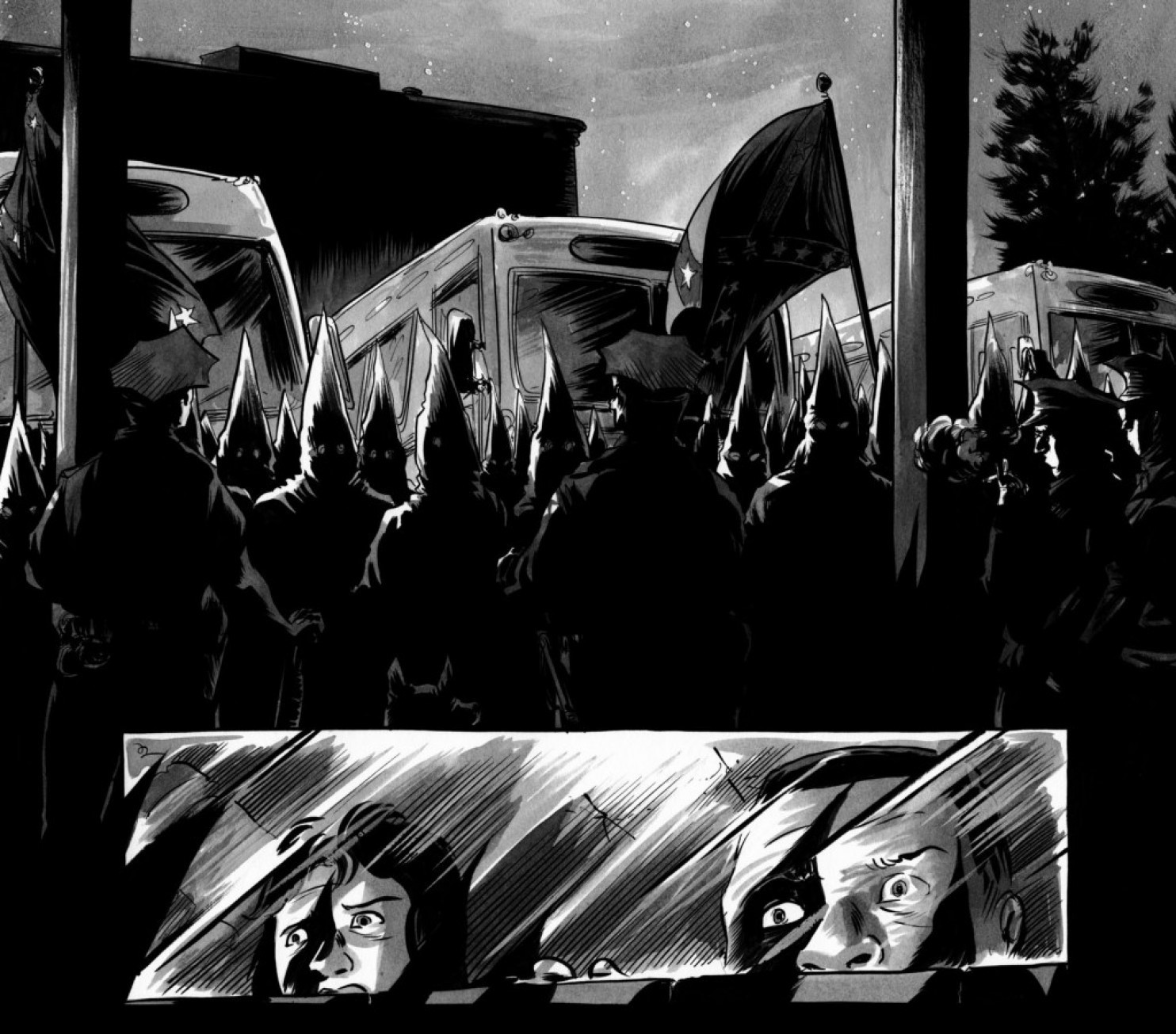 Carolyn: Why didn’t they fight back?

[Political scientist note: True. But mostly, as Lewis explained at the event this week, “We felt that if we were true to the immutable principle and philosophy of peace and non-violence, the nation would respond.”] 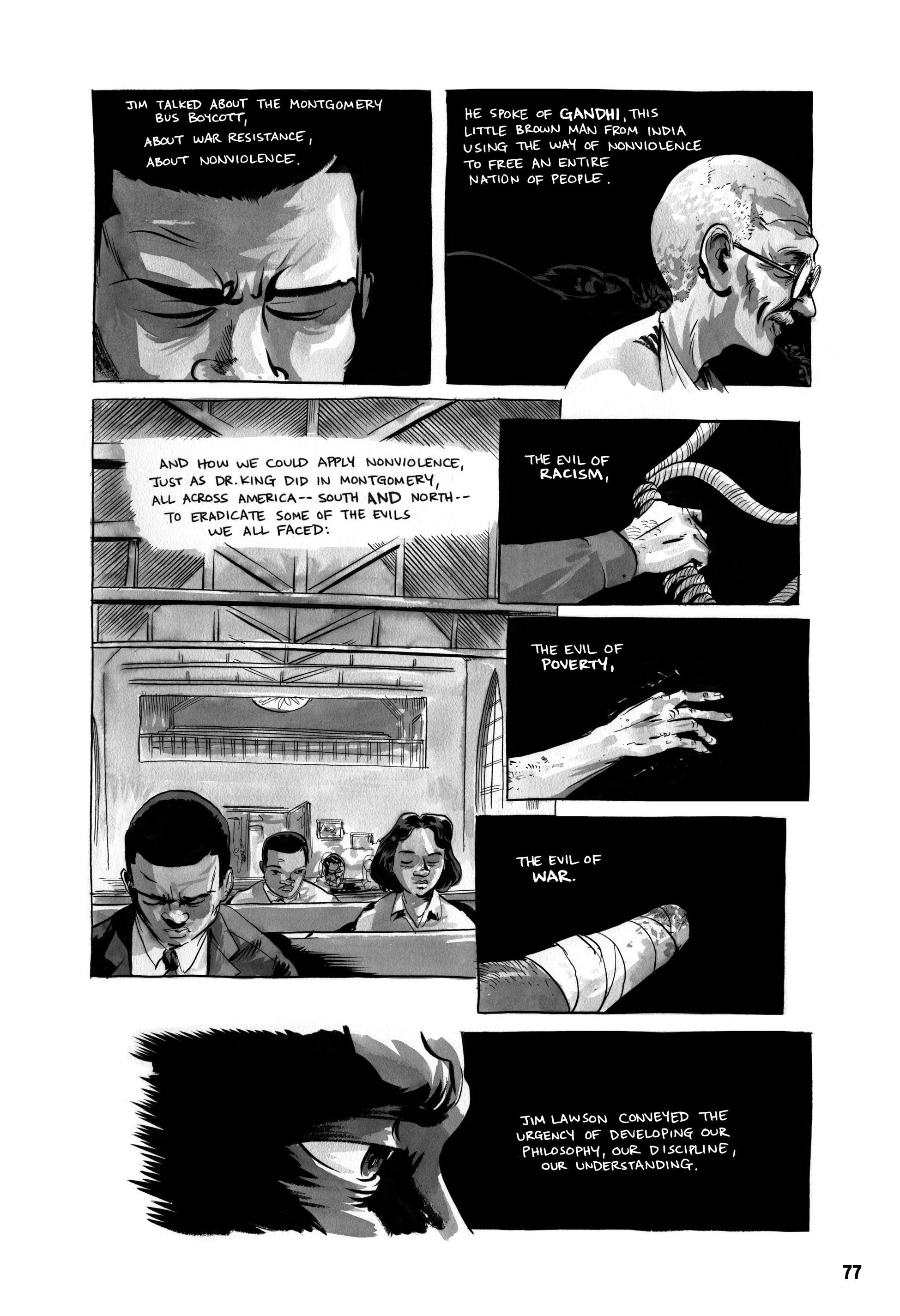 Anna: They’re about how a Congressman named John Lewis and some other people like Martin Luther King, Jr. and Diane Nash came together to try to end segregation. They’re really important. They’ll help kids develop a more visual image of what people did for civil rights.