Folks, I’m a Marvel zombie. I almost feel guilty for how many of their books I put on these things. Almost. In the publisher’s defense they release a ton of collections every month, and what they put out is pretty diverse as far as what’s  offered. As much as I love House of Ideas, DC is putting out a couple of books that must be acknowledged, and Image has a trade that will drive your love for how comics are made up a few notches. Once again Previews offers a bounty of books you should proudly place upon your shelves. Remember, in order to preorder these books, you need to make your request at your LCS by the middle of November. 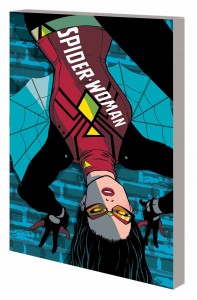 Personally, I can’t help but feel bad for both the character and creators of this series. Their first volume was completely dedicated to Spider-Verse, which divided any new readership. Luckily, with the second volume they more than make up for the rocky start. It’s hard for something to be categorized as ‘fun noir,’ but this series is exactly that. It brings Spider-Woman from the earth-moving world of The Avengers to a more personal street-level. Adding The Daily Bugle reporter Ben Urich to the cast, this volume takes the fan-favorite Avenger to a welcomed light new chapter of her life. 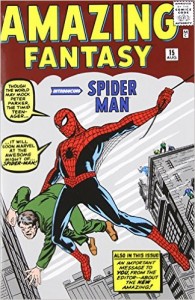 There is no subtle way to say it: you must own the first 38 issues of Amazing Spider-Man in some format. This legendary run paved the road for superhero comics, The Marvel Universe and collaboration in the medium for decades to follow. This is the one way to really own this series- presenting Ditko’s timeless art in a proper oversized format. If you’ve missed out the other two times this has been printed, don’t miss out the third.

Guardians of the Galaxy by Abnett & Lanning Omnibus HC 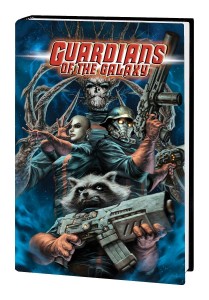 We’ve all seen the movie, but we haven’t all read the inspiration. DnA’s series was as big of a surprise for comic readers nearly a decade ago as it was for movie goers last summer. Combining the vast landscape of Marvel’s cosmic setting with relatable and hilarious and flawed characters, this edition can’t be missed. And if Marvel’s cosmic omnibi of the past have shown us anything it is that you need to buy it quickly before it becomes out of print. 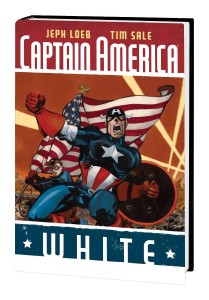 There is a part of me that still doesn’t totally believe that this series is out. For nearly a decade, Marvel has promised us release dates back and forth with nothing more than the zero issue coming out; that is until a few months ago. Now with only two more issues remaining, it looks like the final volume of Loeb and Sale’s ‘color’ series will come to an end, and in a lot of ways end a style of comic book that we don’t get much anymore. Luckily for us, Marvel is giving the book the all-star treatment. The bigger the page Loeb’s artwork is on, the more hypnotizing it becomes. This one can’t be passed up if you are a fan of classic modern Marvel. 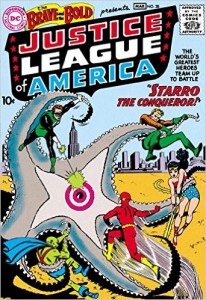 DC has been doing an excellent job with their collections lately, offering a diverse selection from their catalog, and this might be one of the more important series. There was an omnibus collecting all of what is in this edition plus a few more comics, but this volume should give you the same amount of historical comic book context for an easier price (thirty issues for twenty bucks). DC’s thicker trades are also incredibly well made. You don’t have the usual problem of pages falling out after the initial read, so no sweat of having to purchase this again in a few years. 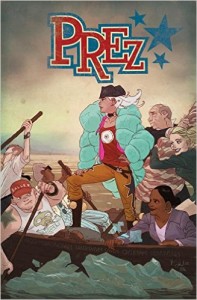 Don’t feel too guilty if you missed this series, you were not alone. DC did a pretty bad job promoting this book, but in their defense, how else could they have advertised a series that is political satire that has nothing to do with their continuity? The book also had too much of an edge for young readers, but not enough bite to be given to Vertigo. I think that it will be best experienced where you can read it collected. Don’t miss this perfectly unique book. 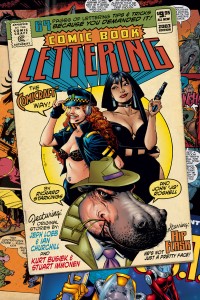 Every once in a while, you need to learn something about how your favorite hobby is created. This book will be a perfect companion to Terry Moore’s How to Draw… series (good luck finding it) and Scott McCloud’s Understanding Comics. Comicraft is one of the go-to’s of comic book lettering, and this book will help you appreciate one of the more underrated yet essential parts of the comic book process.

So until next time, remember that collection isn’t worth having if you are not willing to share it. Let me know what you’re reading or picking up so that next month. Happy reading!