If you patiently trade-wait for a new series, there might be an offering or two for you this month but the main focus seems to be on reprints. Instead of being a disappointment though, it is pretty exciting to see some of these series make another appearance in the collected format. If it isn’t a series that that is finally getting the treatment it deserves in an over-sized volume, it’s a reprint of a series that hasn’t been easily available for a while. Either way, there is a lot to be excited about from this month’s solicitations. Remember, in order to preorder these books, you need to make your request at your LCS by the middle of October. 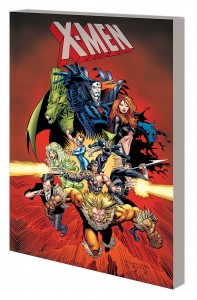 X-Men fans will want to jump on this release primarily because every edition printed has become insanely expensive. While I’m sure the oversized edition released a few years ago is probably the best available, for most people (myself included) spending at least $150 on a single volume book isn’t the way to go.

For me, Inferno has a special place in my heart. It was the first X-Men event that I read back in a simpler time when comics were hard to come by, and I had no idea what was going on. I had to piece together the issues out of order and rely on context, which for X-Men is a herculean task. I can’t wait to reread this as an adult in the proper order and be confused in a whole different manner. It must also be noted that it is the first major X-Men crossover not led by Claremont (even though he did help during the event). The responsibility was given to Louise Simonson, who at this time was the greatest not-Chris-Claremont X-writer. 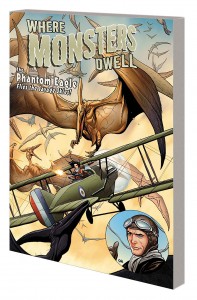 I really hope that Marvel doesn’t place a lot of Secret Wars logos on this trade. Not that the event hasn’t been great, but this is the most un-tie-in series to come from the event. I really believe that Marvel’s editorial staff just called Garth Ennis up, and said, “Hey, Garth. How would you like to do whatever the hell you want for five issues?” And really, that’s how Ennis works best.

The series focuses on a pulp-era pilot that is the best kind of scumbag and a mysterious British passenger as they travel through a land of the lost, complete with dinosaurs and amazons. This series is surprisingly racier than your average mainstream comic, but I guarantee that the shock only adds to the humor.

For collectors, the odds of this ever being reprinted outside some kind of massive Secret Wars collection is unlikely. It’s the perfect trade to read a few time and then lend out to friends, and for Ennis fans it’s a no-brainer. 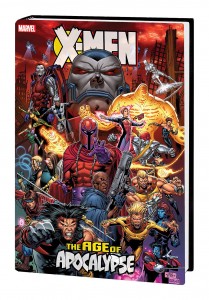 First of all, this is series (most likely) has nothing to do with the movie that is coming out soon. People too often approach this event with the negative connotations usually given to ninties’ comics, but those feelings are not warranted. Granted, the X-Men comics that followed this event were pretty rotten until Grant Morrison showed up. Age of Apocalypse is as epic as it is massive, and is both an experiment in character as it is in the complicated continuity that X-fans unapologetically love. It is also a vehicle for some major comic creators during the twilight of the nineties’ boom.

The customers that will be happiest about this release are the omnibus collectors who might have missed it on the first printing that now goes for inflated prices on eBay and Amazon. Be wary though, collector. Odds are this edition will be printed on the same inferior paper that Marvel currently prints their collections, which means that it will still be large, but not nearly as hefty and intimidating as the previous printing. 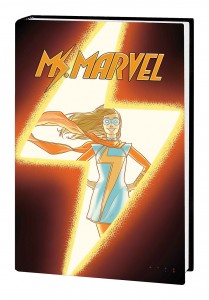 Everyone loves Kamala. I would normally roll my eyes at any other collection that uses “appearances” by a character to pad out pages like this collection does with issues of Agents of S.H.I.E.L.D. and Amazing Spider-Man. I’m usually a creator-first reader, so I like my volumes to follow a series proper instead of random issues that have little to do with the main story. But here I will make an exception. First, this means more Ms. Marvel for my bookshelf. Second, it’s Ms. Marvel written by Mark Waid and Dan Slott and drawn by Ramos. I’m a sucker and you should be too. The comic industry is full of some pretty crummy negativity, but with Ms. Marvel, the entire comic culture seems to be hip to her positivity. I’m glad to see that Marvel is giving her the executive treatment. 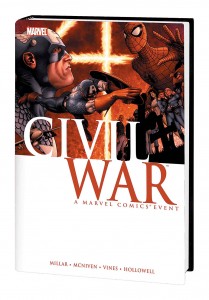 Everyone has read Civil War. Even that guy who doesn’t read comics and hears about you liking comics and can only talk about Civil War, has read Civil War (you know the guy). So why buy it? The main draw is the oversized format that has long been out of print. While I understand that many comic fans can be burned out on the possibly overrated success of the event, it can’t be denied how large of an impact it had on the Marvel universe for the years that followed. It must be in every collection, so why not go for the best format? On top of that, McNiven’s art is at its peak in this series and you know those oversized pages will only do it justice. 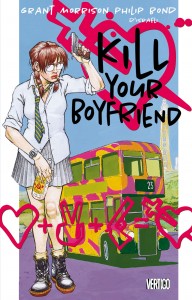 Man, if you are Morrison fan you have to be happy with this one. I think it will only take a few more releases before his entire bibliography is available in the oversized format. It’s a testament to both him as a writer and a collaborator. In the case of this volume, it’s his partnership with Philip Bond that is being showcased. This is a different Morrison than we are used to. We aren’t looking at long-form storytelling, but compact focus on one single issue and a three issue mini-series. It’s an unlikely collection (which signs pointing to being hard to find later) and sometimes those are the best. 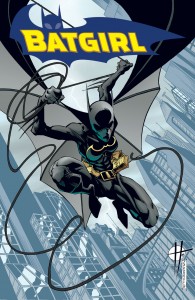 Everyone has love for Barbra and Stephanie, but the third most popular Batgirl is not to be taken lightly. She has her own very serious fan base, and for those members they are incredibly protective of her, even after her disappearance since The New 52. She’s the more dangerous Batgirl, but as a mute, she is an entirely unique comic character in her own right. These limitations make reading her series more experimental. It makes sense for DC to want to revisit the Batgirl well, with the current series being a hit and James Tynion’s tease that Cassandra will be showing up in mainstream continuity during Batman and Robin: Eternal. 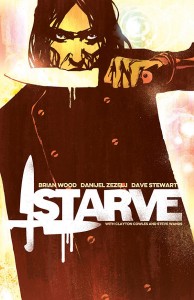 This very stylish indie series flew under the radar of many readers, but now that it is collected at that low ‘Image volume one’ price, I believe that it will gain momentum. Brian Wood’s commentary on societies need for entertainment even at the cost of necessities is matched with wonderfully dark humor, a response to foodie culture and dynamic artwork on behalf of Zezelj. One day, this series might see a deluxe hardcover like DMZ, but for not this is the right price, or appetizer…. I’ll see myself out. 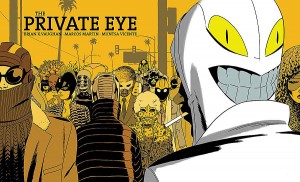 Want to know how amazing Brian K. Vaughan is a writer? He and Martin create a series that was famously intended to never be physically released, and it still gets a deluxe hardcover release. Famously at this year’s SDCC, Robert Kirkman made a deal with Vaughan to publish this volume at the price of Vaughan being allowed to write an issue of his heavily protected The Walking Dead. The Eisner award winning series was worth Kirkman’s sacrifice, and its setting of a believable future where humanity’s identity has been compromised is coupled with stunning work by Martin. On top of that, it is Brian K. Vaughn. Do you really need an explanation for why you should buy this?

Remember to let me know in the comments what books you are picking up this month. Happy reading!